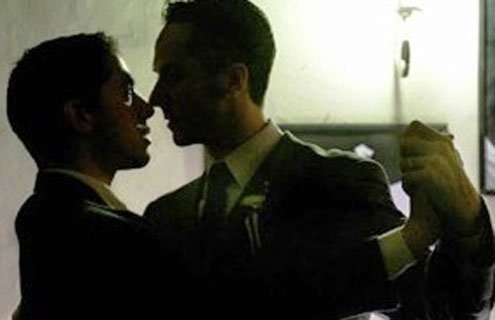 love to love but my baby just wants to dance. It’s been almost 30 years since I heard that disco classic but it still makes me laugh.

Suddenly I’m thinking back to Saturday night, any Saturday night during the disco era. Anne and I are shaking our booties, spinning like tops, floating on air and having fun. It’s getting late and we head back to join our friends at the table. We sit down. She snuggles up to me in a way that leaves little room for doubt. Wait a minute! I thought we were dancing and having fun, not romancing; a prelude to sex. The fun’s over. Time for me to make a smooth get-away.

It’s the early 1990s. I live in Toronto. After the Anne snuggle, I’ve finally found the courage to go to gay discos. The disco era has long passed but dance music — a more industrial sound like “Black Box” — is big. The command says, “Get down.” There are very few rules: follow the beat, don’t move like a chicken or John Travolta, and be in great shape. I swim through the crowd of beautiful bare torsos. The entire room is my dance partner.

Marketers start to key into the gay cash cow, offering homosexual raves and circuit parties from coast to coast: the Coconut Ball, the White Ball, the Back and Blue Ball. DJs, the new celebrities of cool, create House Music on their home computers, the audio equivalent of the Bride of Frankenstein. I no longer recognize the remixed fragments of old songs buried within the machine-generated noise. I feel nervous among the hordes. I can’t dance to this. No problem, there are pills for that.

In the hetero clubs, Rockers rediscover their roots slamming violently into one another in mosh pits. Rappers, with aka’s such as Eminem, rabble on about their M-16s. Little groups of boys practice their dance moves together, spinning wildly round, contorting and twisting in ways that almost defy gravity. Boys dancing with boys? Yeah, but it’s not the same thing as fags dancing with fags.

Tired of listening to me whine about the politics of dance, my partner Alberto announced to me about a year ago that our friend Fabio, a heterosexual Latin American dance instructor, would be giving us private lessons at home. The tango, after all, originated as a dance between men. That explains why the gender roles are so theatrical. Of course, the official version says that gauchos practiced in the streets together so that they could dance with prostitutes. How many dancing prostitutes were there in the Pampas? Are you sure all the prostitutes were women?

Okay, let’s try. But please, not the tango.

We tell Cristina and Giovanna about our dance classes and they decide to join us. We’re nervous. I wisely serve strong cocktails. First, we need to learn the basic steps. Bachata is the simplest to start with. We all stand in a row: one, two, three, four, return.

Alberto and Cristina get the steps right away, perhaps because Cristina has natural ability and Alberto had spent years doing aerobics. Giovanna is timid and I am klutz. No problem, after two or three lessons we’re ready to start dancing with a partner.

Fabio suggests I dance with Cristina and Alberto with Giovanna. I suggest I dance with my husband. Uncomfortable pause. The music starts. Fabio dances with the women, while Alberto and I robotically try to synchronize our steps. Fabio comes over to help.

“No! You don’t understand. I’m not going there.”

The class ends on a sour note. I’m ready to throw in the towel.

The next week Fabio comes with a new idea. Using a basic pass as a signal, Alberto and I will switch roles back and forth. It means learning how to lead and follow. Not an easy task. We try. As the weeks pass we progress. In a couple of months, Alberto and I are dancing Bachata.

Next step, Salsa. It’s faster, with many more complex turns. The basic rule; the man always leads and the woman always follows.

“Forget it! I’m not going to play that game. We are two men. Figure out something different so that we can dance together.”

Fabio does. It took a while for us to get it, but soon the basic pass signal is modified into a simple hand signal and we’re dancing Salsa with no specifically defined gender role.

One evening, while practicing the gancio, a turn in which the leader directs the follower across his front to the side, then spins him and ends by passing under himself, Alberto gives me the signal and I cross over to his side. At which point it feels completely natural to give him the same signal and he now crosses over to my side. I, in turn, spin him and follow with an underpass. Thus, the gender-neutral double gancio is born.

Dancing takes on a new dimension. It’s more like a game or a joking conversation and less like a series one-sided commands. In fact, Fabio frequently dances with either Alberto or me. From the smiles on his face and his open laughter, I suspect he is enjoying himself.

Fabio brings over a couple of dance instructors to observe. Since voyeurism is participation in my book, I drag them up to dance. One instructor, I call her “Fingers” for her skill in gesture movement, says, “This is a lot more fun. I get tired of always following the man. Often he can’t dance as well as I can.” The other dance instructor, I call him “Fancy Feet,” says, “It’s hard, but its more like dancing with you, than dancing at you.”

While we polish off our pina coladas, Fabio spins Giovanna round and round like a fairy princess. She starts to look pale and has to sit down. Fabio and Alberto practice a new move. Cristina and I dance. I lead, Cristina follows. I pull her across into a gancio and yell out, “Dominate me, woman!” Cristina pulls me across, then into a spin. She passed under. I growl like a lion. “Your man is in for a surprise tonight.” We laugh like hyenas.

Of course, there are always the traditionalists, who like and want the clearly defined gender roles. The “man” is always in command. The “woman” always follows where he leads. For me, dance is an essential way we communicate with our bodies through music. I should hope that this includes saying more than “Me Tarzan. You Jane. Let’s mate.”

I want the same as anyone who loves to dance. I want to go to a club, where they play music I like and I can dance with the person I love, whose name is Alberto. I don’t want to be forced to dance with a woman just so I won’t scandalize observers, be the object of ridicule and possibly subjected to violence. But, in most clubs, that’s not possible. So we dance at home, with whom we want, the way we want.