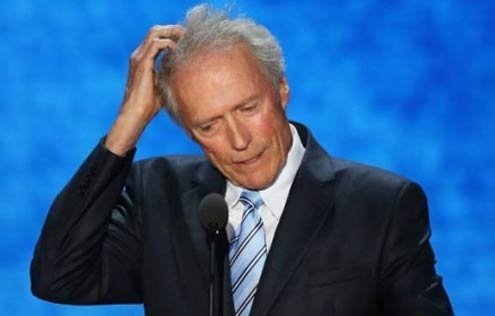 recently posted the following status update to my Facebook page: “I don’t think I’ve ever felt so strongly unconservative in my life. We want to move forward, not backward.” Shortly thereafter I felt the need to clarify that I had never been a conservative, and that the comment was merely meant to highlight the growing repulsion I feel toward current conservative attitudes.

I don’t generally write on politics. I’m not even a political junkie.

Lately I haven’t even had much time to dedicate to my many other interests, politics peripheral among them. But it’s election time, and every

American of voting age knows how that is. The fever is viral and it’s difficult not to get swept up in it.

I have, by my count, exactly two Republican friends. There may be others, but they’ve never made this explicit to me. Generally, we avoid political discussion. When we do get into it, we never get past bumper sticker language.

It’s a pointless pursuit by any standard.

My brother-in-law is a Republican, but politics is a taboo issue. We have an unspoken agreement that, despite the vast quantities of Fox News I’m forced to ingest during each visit, we can’t actually have a conversation about it. Politics and religion: two things mommy said never to talk about in polite society.

This kind of taboo is something I’ve never understood. Taboos generally exist to keep people from discussing what we should be discussing: sex, religion, politics, prejudice. These topics need to be addressed not through slogans swiped from some Internet meme or another, but openly and rationally.

I suppose many people are frightened that disagreement leads directly to animosity. They fear that friendship – or family ties – can’t withstand two people thinking differently about a given issue. In fact, my sister has told me that she doesn’t speak about politics with her own husband!

I can’t fathom taboo subjects in our home. If there were anything I couldn’t speak to my wife about (or she to me) I’d think it high time for therapy. I’m not talking about those little fairy thoughts that flutter by, but big areas of discourse, elephants in rooms.

How many married couples don’t talk about money, work or raising children?

Debates on these subjects can be as thorny as any tiff over politics. But ignoring is irrational. They’re central to the functioning of many households.

I’ve lost friends acquaintances over issues such as the Arab-Israeli conflict and whether or not reason and superstition should do public battle. There were moments when I said to myself, “Is it worth it? Why can’t we just bury the hatchet?” Indeed, it seemed the price for speaking one’s mind was too high at times.

But in hindsight I’m not at all sorry I had those conversations. In every case I tried my best to remain reasonable and not resort to the ad hominem fallacy (attacking the person and not the argument). In many cases I discovered a great deal about my interlocutor and his or her true character — much more than I ever would’ve known had we shied away from such topics.

I maintain that you can’t lose a friend by being too honest. (And you can’t lose a relative through anything short of murder.) So what if you lose a few followers on Twitter or your Facebook friend count suddenly drops by one? You’ll never meet most of these people if you live a hundred years.

There’s no excuse for burying your head in the sand and pretending things that matter a great deal don’t matter at all.

So when I posted my status update I anticipated a minor skirmish with at least one of my Republican friends. After all, Clint Eastwood had just given his speech from the belly of the Starship Enterprise and was now the butt of everyone’s jokes (as of this writing, he still is.)

The only sign of life was a comment to the effect that there is no reason for Republicans to be embarrassed by Eastwood’s performance. Cognitive dissonance, anyone?

There is every reason for them to be embarrassed. Just as there is every reason for Catholics to be embarrassed by the scandals in the Vatican. Such affiliations are completely voluntary – unlike, say, being Turkish or gay or handicapped. If a political party or a church no longer represents you, you can simply leave it. There may be a social stigma attached, but no one ever said life was easy.

Maybe it’s this underlying sense of personal responsibility that makes politics and religion such untouchable subjects. Talking openly and candidly notoriously leads to analysis, which leads to criticism, which leads to reassessment and (at times) reevaluation. In short, it leads to “weighing both sides of an issue,” which might make us too much like Eastwood’s imaginary nemesis, President Barack Obama.

And who would want that?