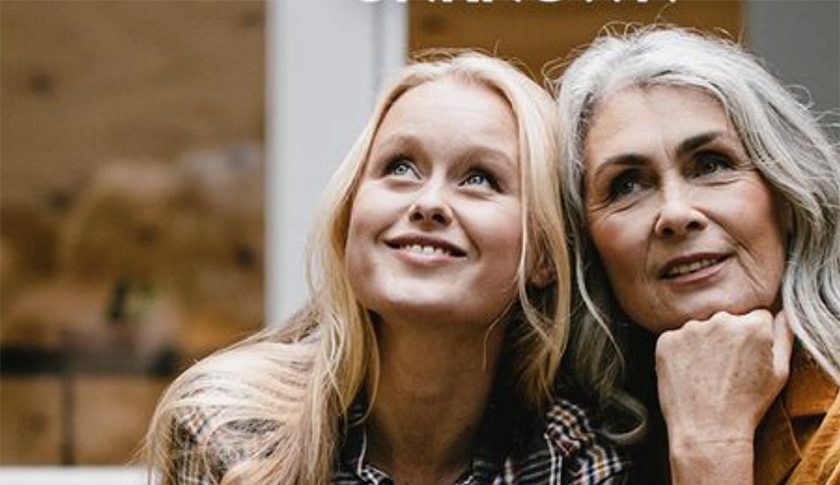 was born in Italy, where I spent 25 years in and near Rome before I met the American man I’d end up marrying.

All this romantic upheaval led me to pack up my things, move to New York state, become americanizata, and bring two girls into the world. Both are now adults, in their late twenties, and, dare I even say this, happily married. By that I mean I hear the usual complaints and no deep dark angst about the fate of the world.

I am enormously grateful for this simple fact. Not because it demonstrates I was some sort of magic bicultural mother who produced ideal daughters — they are not ideal, trust me — but because what I hear from my friends is positively disheartening.

Or maybe the word is unsettling. I’m not sure.

I will be changing names and locales in this piece. I have no wish to hurt anyone’s feelings.

Let me start with Mary. I’ve known her since my Rome days. She did the exact opposite of what I did. She went to Italy, fell for an Italian, married him, and a daughter and son emerged.

Since this is about daughters I won’t dwell on the son, who seems just fine, and is about to marry a woman from Chicago.

But her daughter Daniele, another twenty-something, seems lost in space. She’s bright, well-educated, pretty, financially sound, but according to her mother is on existential thin ice.

She doesn’t know what to do with her life, or who to be with. She’s not much of a fan of social media, which keeps her a bit on the outside looking in. She has no boyfriend (or companion of any gender). She simply is, and in this “simply is” state there’s not much to say. This leaves her mother bewildered, and feeling as though she knows very little about this daughter she loves.

When I listen to my friends talk about their daughters it seems like they’re talking about non-entities they’re desperate to animate.

It’s not a matter of privacy, says Mary, but the inability to reach a young woman who doesn’t seem to have any goals, and that makes getting her excited about anything all the more difficult. This isn’t the 1950s when a woman went on a literal man-hunt for financial survival reasons and came out coupled with children, for better or worse.

“I talk to Daniele and nothing seems to come out that makes her happy or that she looks forward to. She’s never talked about a date. She has said she’s bored and wishes life offered more. She doesn’t sound depressed in any classic way. She’s just sort of stalled.”

That’s the word Mary uses most, stalled, to describe a daughter who doesn’t seem to have any impetus toward anything or anyone, but still has two cats, an apartment, and something resembling a life, though a lot of it centers on Netflix.

The virus hasn’t helped, but the truth is, Mary continues, this behavior long predates lockdowns. It’s as if Daniele is in her own lockdown.

In this age of therapy you’d think Daniele would have a shrink but she doesn’t. She’s not on any meds. She seems to have a very, very small friend group (most are attached), whom she talks to from time to time.

But not to her mother, and this makes her mother worried. Should she be worried? I don’t know, and that may be why I am writing this.

My other friend is Callista, and she’s from Toronto, though she also wed an American. She has two sons in the tech industry and a lone daughter, Sasha, 26, who lives in Los Angeles and wants to work in film as a studio designer.

The virus has damaged that industry a lot, but Callista is more concerned with her daughter’s inertia.

Like Daniele, she lives alone, has a cat and a car, manages on her freelance income, but doesn’t seem to do much of anything in her free time.

This is a girl, says Callista, who never had what she calls “self-esteem issues,” which isn’t to say she doesn’t have them now. She’s ferociously private, and that makes it hard to know if there is a he, she, or they in the picture, and this leaves the picture barren, like a tree in winter, Calllista says.

Mothers of course worry about daughters, single daughters all the more because they’re the “gateway” to the future, at least for some parents.

But Callista assures me it’s not grandchildren she’s trying to encourage. “I just want to know what she’s made of, what she wants as an adult.”

I’ve told her Sasha may not know, which could be why she’s so private, to not expose this lack of knowledge, since not knowing can be seen by some as a flaw.

Sasha, like Daniele, cares about climate change, wants animals treated well, likes the outdoors, is an avid movie-watcher, but none of these things form what Callista describes as a “passion.”

Some people just aren’t passionate about a single thing, I respond. They spread the butter more evenly. But I get nowhere.

Callista wants Sasha to show some verve, some edginess, even if that means walking the thin line between darkness and light. “I mean, I could live with a thug boyfriend… at least for a while.” This brings out a nervous laugh.

When I listen to my friends talk about their two daughters it seems at times like they’re talking about non-entities they’re desperate to animate, not knowing that it might be this subliminal pressure that’s keeping these two young woman from showing their cards, so to speak.

Maybe I’m wrong. Maybe it’s just a lunar cycle or the time of the planet in which a lot of young people, some truly upset by the virus, don’t know exactly how to assert themselves any more — all the more so for women whose assertion was for decades tied to boyfriends and wedlock.

These are post-feminist women who, at least in the developed world, can choose their path, particularly on a personal level. In America they’re more shielded from female stereotyping than in Latin Europe, but that then begs the question: What are men like these days? Are they up to digging deep into the souls of complex young women? Again, looking at my daughters, I don’t know. They talk to me openly about joys and annoyances and we’re one big noisy Italo-American clan. I have no right to judge.

I do understand my friends and their concerns. I sense how, as liberal as they may be, they want these daughters tied into a union, into procreation, even though they don’t say so aloud.

It hits me that Daniele and Sasha of 2021 are perhaps like two young men of fifty years ago, whose fathers grew concerned because they didn’t have steady work or girlfriends or a drive similar to what they recalled from their youth.

I remember my own father moaning about his do-nothing brother, who sat around doing little more than nothing before being hired by a state company and making his way up the ranks in very un-Italian fashion. That made my father proud, that his brother was promoted without knowing a bigwig.

By this I mean the pressure once placed on young men to “measure up” is now being placed on young women, and since those same young women had only children and a home as a demonstration of diligence (for centuries), they are now, understandably, a little disoriented in the great world of choice we’ve so diligently and progressively created.

What does this all mean? That I listen a lot. That I give thanks for my daughters because they do have focus and need little from me.

I want to give Mary and Callista some pasta recipe they can suggest to their daughters that brings about focus, but I know only basic tomato sauce and that won’t do it.

One thing’s pretty sure: Daniele and Sasha aren’t the only two unattached modern-day twenty-somethings who don’t have, or choose not to display, a sense of purpose, a focus. Not having one is more okay in this “whatever” world. The real question, the one I ask myself also about my cheerful daughters, regards what’s hidden deep down, what they feel but aren’t saying, what they’re overjoyed or indignant about but determined not to share, because sharing has become too easy, even stupid to some. Privacy is making a comeback.

A good thing? I’ll wait to hear what Daniele and Sasha are up to in five years. Only if they’re still on a sofa or mulling over the future while buying cat food will I begin, just a little, mind you, to worry.