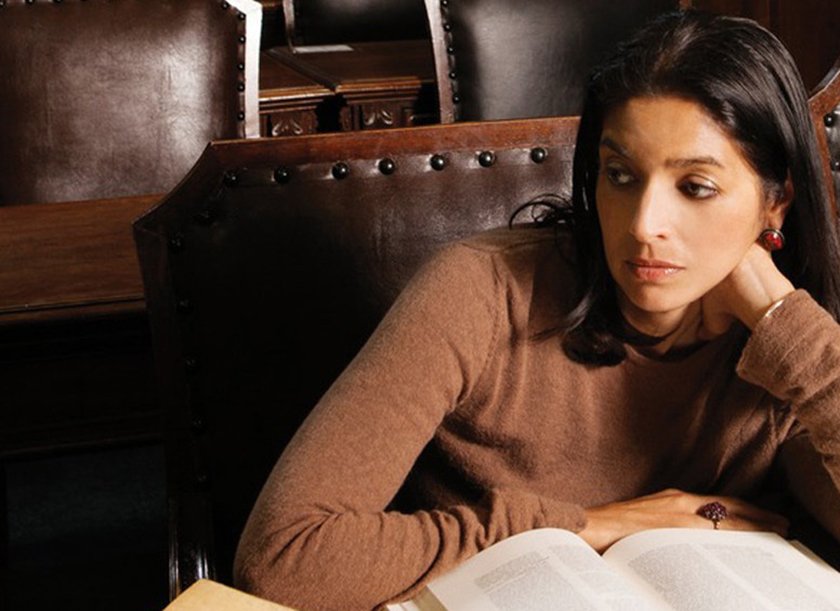 Yet another foreigner who thinks she understands Italy?
F

or a long time I have felt called to write about Jhumpa Lahiri, the London-born author of Indian descent, whose novels and stories I have always read with great enthusiasm. In her novels, “Interpreter of Maladies” (1999), “Unaccustomed Earth” (2008), and “The Namesake” (2003) Lahiri examines matters of identity, family, and culture. While not an immigrant to the U.S., like Lahiri, the decades I spent building a life in Italy bought many of the same challenges and doubts.

And then Lahiri moved to Rome to satisfy a long-time dream to learn Italian and everything changed. I began to find Lahiri irritating.

Part of  the irritation had little to do with Lahiri herself. After spending three decades in Italy, foreigners who write about the country elicit conflicting emotions in me, often not nice ones. One is my shameful jealousy of authors whose writing on Italy has brought them literary attention that I have never achieved. In addition, I become angry when authors use Italy and its clichés — sunny Tuscany, Latin lovers, delightful chaos — to advance personal agendas.

After spending three decades in Italy, foreigners who write about the country elicit conflicting emotions in me, often not nice ones.

Lahiri’s Italy-related work has brought out the usual feelings and more. Her view of the Italian language as something to mine for personal ends — to deal with her own search for identity, for example — verges on the colonial. I was perplexed by her apparent belief that a country to which she has no ancestral or familial ties would help her cope with her version of the classic immigrant’s dilemma — that sense of feeling not quite at home with either the language and culture of the old country or the new one.

Not long ago, my two decade-old Milan book group (which I participate in from New Hampshire via Zoom) chose to read Lahiri’s Italian-language book, “Dove mi trovo,” (“Where I Am”). Knowing the emotions it would stir up in me, I rescued myself.

After decades see-sawing between the fleeting sensation that I have mastered Italian and the humbling realization that I never will, I found it presumptuous of Lahiri to publish in Italian. (In fairness to Lahiri, perhaps the issue is a publisher tempted by a Pulitzer prize-winning author and the market’s love of all things Italian.)

When the book group’s discussion turned to foreigners writing about Italy in general, the other non-Italian and I came together in praising Tim Parks, the acclaimed British novelist and essayist who lives in Italy, writes about Italy, and has written and taught about the art of translation. Parks is the only foreigner whose writing about his adopted country that my American friend and I respect.

My Italian book club friends pooh-poohed Parks. To them he was just another condescending Englishman repeating tired stereotypes. Wondering if I was misled or had missed something, I vowed to go back and reread some of Parks’ work.

Still unable to curb my uncharitable feelings about Lahiri’s Italian work, I also turned to Google to see what others had to say. That search led me, not surprisingly, to Tim Parks, who discussed Lahiri’s Italian writing in the “New York Review of Books.”

Parks wrote: “…What Lahiri writes in Italian is little else than an account of her attempt to escape English. At no point does it draw energy from Italian culture, or even transmit a feeling that her life is now firmly based in the world of Italian… [It is] as if actually she were writing in a language that was all her own, and that just happened to coincide with the language sixty million Italians use.”  Lahiri “…gives the curious impression that, though written in Italian — indeed published first in Italian — the book is somehow not written for Italians; rather, the achievement of Italian becomes a trophy to show off to the American reader. We never believe that Lahiri will really spend her life in Italy or go on writing in Italian.”

This is what I wished I could have said about Lahiri.

Reading Parks’ words reminded me to revisit his writing about Italy. Luckily a houseguest had left me his 2013 “Italian Ways: On and Off the Rails from Milan to Palermo” and I dug into it.

It isn’t enough to be a great writer to be a reliable one when trying to make sense of Italy. Parks is though. He has a sense of humor (in the best British self-deprecating style), is good on facts, and has a gift for judging without being judgmental. In “Italian Ways,” Parks does what he does repeatedly and well. This is to focus on an aspect of Italian life in way that reveals larger truths about the country and its culture.

Parks uses his writing to seek Italy’s soul. Lahiri seems too concentrated on herself to recognize Italy’s soul.

In “A Season With Verona: Travels Around Italy in Search of Illusion, National Character” (2002), Parks focused on a local Italian soccer ream. In “Italian Ways”, Parks dissects Italy’s railroads. Through his descriptions of fearsome conductors checking ticket, mysteries such as forgotten trains in Italy’s heel and arcane ticketing practices and the haphazard use of English, Parks illuminates Italy’s history, its people and their character. The rail system that forged Italy as a nation, Parks would say, is mirror of the nation’s soul.

I ended up reading Parks’ “Italian Ways,” during a cross country car trip from Las Vegas to New Hampshire. The interstate highways we took forged today’s America, and like Italian trains, they are a mirror of its soul. In the end, Parks uses his writing to seek Italy’s soul. Lahiri seems too concentrated on herself to recognize Italy’s soul. In fact, at times it seems she is not that interested.