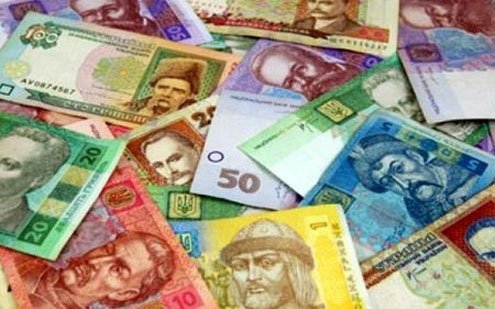 The Ukrainian hrvnia: In 2008, voted the most beautiful currency in the world by the International Finance Bank (IFB).
I

recently wrote an article for The Budapest Times citing the advantages of digital money over existing paper bills. But a funny thing happened: arguing in favor of digital money suddenly made me feel surprisingly nostalgic about good old paper dough. I like the feel of the bills in my hands; I like the weight of coins in my purse — probably a reflection of childhood memories, when kids used bogus money in games with peers. That was a more careless time, when money wasn’t associated with the primal, even brutal need to buy what you need to survive.

While my germaphobe side greets efforts to eliminate “analog” money, the prospect a bill and billfold-less world raises unsettling questions. What would happen, for example, if the Internet were corrupted — a cyberattack, say — or electricity went out? Like city blackouts, they’re unlikely but hardly impossible events.

Extremes aside, paper money would be missed. I know because I asked around.

“It’s a lot less fun to receive digital money as a gift,” Hilary Osborne, The Guardian‘s money section editor, told me. It’s true. Discreetly giving money as a gift has long been widespread practice. And most such gifts come in the form of bills slipped into a sealed envelope.

It’s ironic. I don’t even consider money to be a proper gift and yet here I am standing on an imaginary pulpit defending it. Unless it’s a million dollars, I don’t think a bank account increase can match the pleasure of a physical gift, even if it’s just a simple gift card with money.

Paul Ackermann, who writes for the French edition of The Huffington Post, affectionately called paper money “old school,” something he swears by. Liverpool Daily Post columnist Gary Bainbridge said he liked it because it represented “object,” with objects conferring a true “sense of exchange.”

I agree. In fact, Bainbridge’s thesis has been borne out in animal behavior.

In 2006, Yale-based scientists Keith Chen, Venkat Lakshminarayanan and Laurie R. Santos taught a group of Capuchin monkeys how to use money. The monkeys learned to buy grapes and jelly pieces using fiat money represented by silver tokens. The animals grasped the concept exceptionally well. When presented with a disc-shaped piece of cucumber, one of the monkeys attempted to chew on what it thought was a vegetable. But when it realized the disc was not edible but a token, it used it to barter with the scientists for something appetizing.

I remember laughing at the silly monkey. But that same day, while commuting from work, I accepted a promotional flyer from a street hawker. I only took it because it was shaped and colored in casino chip style. Suddenly I was the monkey.

Interestingly, amid increased advocacy for digital money, the European Central Bank has announced plans to increase anti-counterfeiting measures for the insecure euro. Greek mythology and new layers of color will be added the already colorful bills.

I’ve always enjoyed the cultural worth of physical money. I was the geek who asked adults returning from business trips and vacations for unused coins and bills. It was fascinating and crazy to see what the world came up with.

Ironically, it was my own national currency — the Ukrainian hryvnia — that a panel of Swiss economists declared the world’s most beautiful in 2008. The economists, members of the aesthetic commission of the International Finance Bank, were probably mesmerized by the money’s resplendent colors and the way the bills reflected the country’s long heritage. Hryvnia bills are a tapestry of famous faces and historical buildings.

Before the hryvnia, I remember collecting Soviet money — rubles, and after that coupons. In post-1989 crisis days, currencies lost value overnight and collecting was easy. By inflating the national currency, the government made half the country into millionaires — something that happened in Germany of the 1920s and in Zimbabwe far more recently. In 2009, Zimbabwe issued a 100-trillion bill, worth about five bucks (it’s since been phased out).

I bet collectors aren’t the only ones to want to protect hard cash. Hurricane Sandy showed what electrical outages can do, and how long they can last. New York is no more immune than Rome or New Delhi. In that sense, paper money is an anchor.

The debate also has a more passionate side. What good is the phrase, “You can take your damn money!” unless you can actually toss something in the face of a detested opponent? No delete button will ever come close.

About the Author: Maria Ivanova