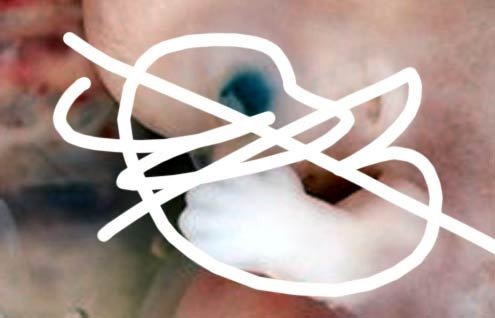 Nine weeks and gone... but why talk about it?
M

odern technology has allowed humans to communicate in a plethora of ways. Waves spill in to your home daily with news, talk shows and gossip programs. The Internet allows us to email, chat and blog ad nauseum. Our cell phones (plural for some people) are attached to us 24-7 (some at the hip — with those hideous holder things). With all this blabber and blubbering, there aren’t many topics of conversation that remain truly “tabù” in 2009.

But I found one — and I wasn’t looking.

Miscarriage. If you want to suck the air out of a room and tighten a few sphincters, consider this topic your best friend. Trust me when I say that people would rather talk about gonorrhea or herpes.

My friend Sue called me this week. Her 11-week check-up revealed that her fetus had stopped growing. She was terribly upset and knew that I’d listen. After all, I’d endured the same thing last fall.

Miscarriage occurs in over 50 percent of first pregnancies. Close to one in three women suffer a miscarriage in their childbearing years. It’s nearly a commonplace occurrence.

So why is miscarriage so damned difficult to talk about? Or, in my case (because I’m a talker), so hard for people to hear about?

I was 12-weeks pregnant when I needed a dilation and curettage, or D and C. This procedure surgically removes the contents of your uterus. (Okay, I can see where that would make one squeamish, but bear with me).

In Italy, the procedure is conducted in hospital under anesthesia. In my hospital (not that I own it, I just frequent the joint) two of the procedures are performed daily. You have to be admitted to the Labor and Delivery floor, a cruel joke on the two women who have the misfortune of being placed in bed numbers 24 and 25 (that’s right, they even designate the D and C beds).

While the other women are holding their babies or preparing to, you’re terminating your pregnancy. Yippeeee.

I was bed 25. In bed 24 was a banker in her mid 30s. This was her second miscarriage and she had no children. She was clearly upset and had good reason to be so. So we chatted a bit. Misery loves company, but more importantly understanding allows for the best compassion.

No. 24 told me that she was supposed to be in Milan that day on business. She had told her boss that she wasn’t feeling well. She missed a flight, cancelled a hotel reservation and was a no-show at an important conference.

“Why didn’t you tell him?” I asked. Thinking that “not feeling well” wouldn’t cover such a costly absence.

I belong to a school of thought that associates secrets with surprise parties and child molesters.

“If you don’t mind me saying,” I said in my best Italian. “Maybe it would help if you were able to express what you’ve been through.”

She nodded. Then, as if I were channeling Deepak Chopra or Marianne Williamson, I launched into my New Agey suggestions. “This is a physical trauma as well as an emotional one. If you can’t heal yourself and take away all of this negativity, you won’t be ready and well for the next pregnancy.”

She remained quiet. Not knowing when to shut up, I went on. “Talking really helps…” continuing to wag my tongue. When I finished, I thought she might punch me.

But then she let it rip.

This stranger opened up and told me her story. Every bit of it: How difficult this was for her husband, how jealous she was of her younger sister who already has a healthy baby, and how anxious she was to try again.

I felt better and so did she. Just because we communicated.

When I was released, I had the dubious task of telling a lot of people about my miscarriage, including neighbors, colleagues, clients and my hair stylist.

The first few were tough, but each explanation made it easier. And as it got easier, I became aware of how difficult it was for other people to even broach the topic. I found myself consoling them.

“Don’t worry!” I said to one client who was clearly more upset than me. “This is nature’s way of eliminating something that was less than perfect.”

Or to my neighbor who basically ran in the opposite direction when I told him. I hollered after him, “I am very fertile! I got pregnant two times on the first try. I’m sure the third will be a charm!” Okay sure, it was way more information than he needed, but I just wanted him to feel less awkward.

After two weeks, the whole ordeal seemed behind me. After three weeks, my hormones crashed or surged and I found myself sobbing on the Metro for no apparent reason.

After four weeks, me and my big mouth were pregnant again, so to speak. It was intercourse, and not discourse, that got me knocked up again. But talking helps everybody. And listening is required.