T-Rex in your bed 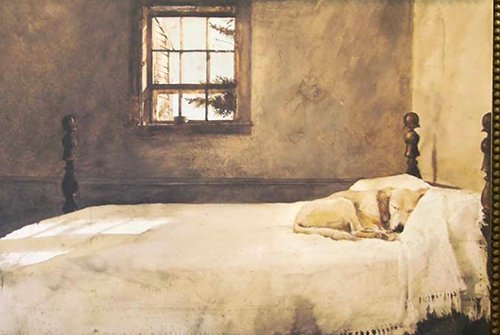 Excuse me, whose bed did you think this was?
P

ets are a relationship mainstay, right? What’s a love affair without a dog or a cat? I’d taken pets for granted until I got this, and asked around. The answers I got weren’t so simple.

Q: My girlfriend shares joint custody of a dog, which is my way of saying we got him from the shelter together. Let’s call him T-Rex because that’s exactly what he’s not. He’s a sweet and smallish border collie-like mutt who’s as shy as Donald Trump isn’t. The two of us have always liked dogs. We sort of bonded over her family’s terrier, who seemed to play second fiddle to the top-dog cats (at least in her household). So when we moved in we got T-Rex. If this were a Hallmark Greeting card or a dating app with happy stories, we’d get married, have kids, and bring more pets into the fold.

But here’s the thing. At first, T-Rex slept in the living room, and that lasted a year. He’d move between our old sofa and his kitchen bunk. But then, suddenly, my girlfriend started inviting him to bed, as in sleeping with us. That was fine for a few stormy nights, but it’s not become a ritual. She won’t go to bed before getting T-Rex to come up, and it doesn’t take much. Much as I love animals, I never had one in my bed, and T-Rex snores, kicks, rolls around, and generally acts like a third wheel.

I am getting a little tired of this, and of Mr. T-Rex, even though I know it’s not his fault, and I tell him so whenever I walk him. “Not your problem,” I say, and he seems understanding. He doesn’t even say no when I suggest he return to his sofa life.

Seriously, though, what to do?

A: You’d be surprised how many pet stories can insert themselves into relationship life. In your case, it’s pretty straightforward – it would be a lot harder if you hated dogs, or she wanted a cat.

Since you both love T-Rex, and I assume you each other, you need to sit down and talk about it. She’ll probably say she likes him in the bed, and that it’s more familial and cuddly that way. That’s fair enough, at least in general terms. But if the two of you ever plan on making a life of it these are just the kinds of issues you’ll need to deal with, namely establishing boundaries that work for both of you.

Bed life is a powder keg in many ways. Sex matters, but so does sleep, and calm (you won’t get much of either one with kids). You might reach a once-a-week T-Rex bedroom deal, though Mr. Rex might not be happy about that, since dogs like routines as much as humans. Maybe she’ll see it your way. You can’t find out if you keep it all to yourself. In fact, the more you worry about offending her, the more the whole situation will irritate you, a recipe for it boiling over in other aspects of your life together.

So talk it over seriously. No kidding around allowed. And don’t let T-Rex into the room when you have this conversation. I have a feeling he might sway you into total surrender.