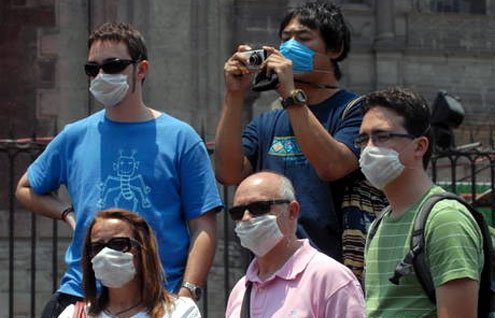 How could citizens lead productive lives if haunted daily by the menace of tomorrow's bad news?
C

ount the ways: “You frightened me.” “You startled me.” “Don’t ever do that!” “You nearly scared me to death.” No speech welcomes the unexpected. No people applaud alarm. No culture is glad with dread.

Humanity’s longtime defense mechanisms against apprehension deserve a nod while weighing the growing reach of the protean alarm industry, conditioned to extrapolate from the worst to build a scarier now.

That industry’s seminal moment, its cocoon and the harbinger of contagion, came on the morning of Sept. 11, 2001. Mass media, mood’s switching station, suddenly possessed a golden nugget of visual dread to which the planet was cruelly invited to lay claim, albeit vicariously, helplessly.

The obstinate re-projection of Morning 11 charged it with a cocainey spell. So did a two-term presidency’s totemic reliance on its meaning. Alarm morphed into malady and malady into addiction. Mood-diviners tapped their tabloid side. In the absence of world conflagration, dread, like sex, was the hub for exaggeration and fantasy. All could relate. All could crave. All could gasp. All have mouths.

In the near-decade since Morning 11, every kind of surrogate terror has been tested and peddled to restock that day’s nefarious allure. Public officials in the sway of alarm have memorized its words: Catastrophic, horrific, devastating. Hurricanes, some with Biblical advance billing, have come and gone. The behavior of stock markets, their 100-year whimsy well-known, has nonetheless been assigned an apocalyptic dimension. Their ugly hopscotching has given the urban intelligentsia a metaphor for the end of days.

After Morning 11 came the threat of disease: Anthrax in envelopes, terrorists hauling vials of tuberculosis in dusky satchels. When that ancillary superstition failed to grab, insufficient threat to sustain its feral progress, poisoned birds swooped in. People were advised to fear the Avian Flu, the word pandemic repeated often in 2007. And fear they did, some dutifully sure they were infected because the Internet symptom list said so. (They were infected, but with anxiety.)

The director of the World Health Organization, tapping dread’s now-standard language, pressed all the right buttons. “All countries should immediately now activate their pandemic preparedness plans. It really is all of humanity that is under threat in a pandemic.”

Pandemic. Preparedness. Plan. Humanity. Threat levels. Standing in for Homeland Security’s yellow and orange flash cards were the numbers five and six on the pandemic scale.

That the spreading of dread is itself metastatic isn’t intended to minimize the objective menace of swine flu, which doles out earthy menace. Hurricanes are blood-scythes. Foreclosure is no joke. Sharing sheltering information is vital.

My point is another: Transmission’s tissue contains the infectious agent of a separate malady, the primal and non-microbial anxiety that is the addiction to panic. It’s masochistic, narcissistic and as real as cancer or flu.

An immunized population cannot imagine dying by chance. It refutes the random. Traditional mechanisms that made dread a sign of weakness — the same Judeo-Christian customs that sought to abort carnal pleasure — now stitch cardigans of nervous awe that celebrate health based on the preventable illnesses of imprudent others. Immunity is secular proof of life and helps rationalize otherwise nonsensical mortality.

Startling, scaring and frightening no longer come with “death-of-me warnings.” They’re the backbone of an operation intended to win and maintain public attention based on the notion that an awareness of bad tidings presages their prevention and possibly their “defeat.” Putting peril first is described as a deeply moral act because it aims to secure protection, tantamount to homesteading.

But scaring people also imbalances and sickens in the most arbitrary of ways. Though low-boil anxiety is the deepest and most extensive modern pandemic, depression covers for it. Scare-addiction’s nausea is excused to predisposition. Those jolted by (but still dependent on) on alarmism are considered symptomatically displaced, disassociated or lacking in the self-esteem necessary to cope with the “real” world. Take your meds. Break from the breaking news. Walk away.

These packaged responses fail to acknowledge that relentless violations of emotional sensibilities can cause them to dissipate entirely. Feelings are facts.

In the 1950s, with the Western nuclear threat at Force 5, the U.S. government worried about public panic. How to tell people about radiation? How to inform them that Tulsa had been vaporized? How to keep them calm in the midst of rumors of war?

What was the secret to leading a progessive life if haunted daily by the menace of tomorrow’s bad news? (The benign superficiality of pop culture was no accident.)

The non-nuclear today is yesterday’s answer. First you sicken populations, after which bad news is no longer bad news but a renewable form of viral fuel. You know to expect it. You even predict it. You check the Web and share concern. You then restock anxiety pills and pay the scar tissue forward — until the next small plague.