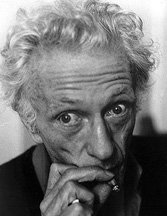 ou might pick another memory. A tan or a bikini, say. Or a starlet. It was that kind of day. Instead, I recall a swimming pool coated with algae against which I revolted. “Yucky,” I yowled, my eloquence in vain. My father pointed, and we waded, Buddha-babies in shorts, to the brackish shallow end under a sulfurous Spanish sun with the oily smell of peppered omelets closing in and a thin man scrutinizing us from the the pool’s chipped-tooth edges. “It’s all mostly just dying out here,” he said. This was the famous movie director Nicholas Ray. Gesturing was what he knew best. Ray drunkenly tossed strands of languid vegetation at the both of us. I winced when he touched me. My father laughed.

Later, in the house, he said: “Wait around and you’ll see Ava. She does grace us from time to time.” Charlton Heston, he announced, wouldn’t show. He’d been held up on the set. Or bruised a shin. Or was in a bad mood. Nick Ray had little fondness for his actors.

My father worked for the Tourism Ministry, which in those days was run by Fraga. For a long time I knew no more than rudiments; that Fraga, a maverick, ran the show; that he pulled secret strings. Of these arcane connections and their meanings (Opus Dei, the club of the Spanish hierarchy, came up often), my father spoke rarely.

Now I know why, or think I do. It was Franco’s Spain, a strict and conspiratorial place, a hard and harsh place. He was a consultant to a dictator. Fraga was Manuel Fraga Iribarne, who would later head the post-Franco conservative movement. But in 1962, he was a 40-year-old tourism minister eager to popularize Spain’s Mediterranean coast. The Costa Brava and Costa Blanca, including popular if overrun spots like Torremolinos, are part of Fraga’s legacy, and to a lesser extent my father’s. Together, the men helped Spain embrace public relations and sell the potential of the beaches in the language all wanted to hear: English. Fraga’s team also made movie sets available at attractive prices. Hence Ray’s pool, the house, and no-show Heston.

In fairness to Ava Gardner, she did appear (in blue-flowered dress I never saw). But Ray and my father preferred debating fascism. “How can you live being with these losers?” barked Ray, who once had leftist leanings. “How can you come here just to make cheap films?” my father raged back. The lunch table hosted such seizures.

Fifty years later it’s hard to see Spain and Portugal as what they were then, southern crumbs on the superpower plate, black-tie tyrannies. Franco and Salazar imposed varying degrees of censorship and cruelty, but had strategically-placed allies in Paris, London and Washington. Moscow was the enemy. My Madrid war comics, “Hazanas Bellicas,” portrayed Wermacht Nazis and American GIs as noble, the Russians as Satanic hoards. Spain, which hosted pivotal NATO bases (Rota, Torrejón), maintained an entente cordial with democracy.

The political drama briefly put aside, Ray’s lover, a tanned blond Dane named Marek, joined the table. When I spilled the salt shaker, Marek launched it over his left shoulder. “For luck,” said Ray. But Marek grew bored and sulked back to his Fiat Spider, which spewed gravel. “Like the fuckin’ movies,” grinned Ray. After the lunch dispersed I never saw Ray again. He died in 1979.

Documentaries about his life — there have been several — focus largely on his relationship with larger-than-life Jimmy Dean. There’s little mention of the 1963 Heston-Gardner movie that brought the fading Ray to Spain, an epic flop called “55 Days in Peking,” nor of Marek, who lucklessly drove his Spider off a cliff.

“As you get older,” said my father, “the luck is forgetting.”

Forgetting Spain, he meant. I didn’t.