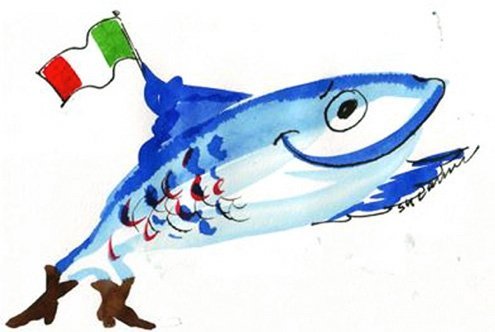 Cosmo cities are fine, but give me Rome.
A

fter having finally achieved a life’s dream of living in Europe, I wasn’t particularly eager to return to the hip and hype Los Angeles, to Texas hill country, or even to New York City, a city much changed from my last visit 15 years ago (except for Matilda the cat, still reclining on her cushion at the Algonquin Hotel on 44th Street).

Put aside horrendous traffic, overwhelming distances between destinations, and a clearly frenetic life for most, there was still pleasure in seeing our Los Angeles friends of almost 30 years — not to mention bites of the world’s greatest sushi! It was also delightful to have one’s shoes repaired in 15 minutes (where do Romans renew their shredded soles in a city whose cobblers have disappeared?).

But not even kampachi, toro or 75 different sakes could shake me from the realization that I’d slowed down too much to want to re-enter the fast lane. Still, we relived treasured memories: A picnic at the Hollywood Bowl (cold heirloom tomato soup, fresh corn polenta with stracotto, heady wines) and a poignant gathering of neighbors still living on the street we had deserted. There was also the delight of spending dollars instead of euro.

Fairly sated, we set out for family deep in the heart of Texas. My apprehension about political differences, religious leanings and gas-guzzling off-road vehicles proved unnecessary. The sumptuous SUVs were ubiquitous, but we didn’t hear a word about the Obama-McCain race.

The true beauty of Texas, which I had somehow forgotten, was its hospitality, warmth and generosity. The right-wingers did a bang-up job of keeping their politics to themselves (as did we) and offered instead a magical afternoon of good wines, local dishes like rich venison lasagna and indigenous old-fashioned buttery lemon squares. They dished out lively conversation about everything from the latest art and musical events in Texas to choosing gas leases (and how to cull a ranch’s deer herd to keep it healthy). These things are good to know, along with where the best catfish bite.

But now it was time for New York.

It had been years since thick pizza in the Village and the MOMA. The change in the city wasn’t due only to a terrible day in September (though it was evident that scars remained), but a direct result of the dollar’s retreat. We heard mostly Italian, Spanish and French, with occasional New Jersey repartee at construction sites or among cops. City-become-mall globalization had culled out Midtown Manhattan’s small shops and boutiques and replaced them with outlet stores.

To its credit, New York had sprouted a network of new gourmet sandwich establishments, including the wonderfully-named “Witchcraft,” “Dishes,” and “Prêt-a-Manger.” I was surprised and amused when I heard a tourist asking a traffic cop the location of the nearest McDonald’s.

But sushi, sandwiches, succulent ribs, even one of the best Italian restaurants I’ve found in our wanderings — “Insieme,” at the Hotel Michelangelo in Manhattan — couldn’t seduce me back to America.

I love my country. I have great hopes for a new, more ethical government that might just restore America’s lost prestige. Yes, I’ll miss my Tex Mex chile con queso and perfect bonito sashimi. But returning jet-lagged to Rome — to thin pizza, vino sciolto, and immeasurable beauty — I was reassured. I am home away from home. It’s a sweeter life, a slower life. Coming soon is a guest room, to take care of the one thing I can’t do without: friends and family.

Next week, though, I may get out my old tortilla press — I think “Castroni” on Viale Flaminio sells corn masa.