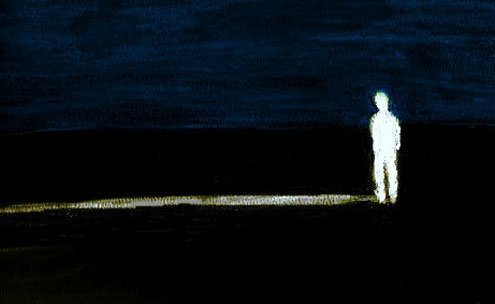 Coming back to the city can be lonely. So can living it.
P

erhaps it’s the short days and the lack of sunlight. Or maybe it’s the way January expects such impossible hopefulness while being the most cold and bleak. But in the midst of this, sitting in my living room trying to stay warm, it hit me.

After 10 years in New York City, I still eat meals by myself, make solo espresso in the morning and share the details of my day with my houseplants.

I never minded this. I’ve always loved living alone, a feeling shared by many New Yorkers. In fact, one out of two apartments in Manhattan has just one occupant. More than half are female. So maybe it wasn’t just me that felt this way, I considered.

But it would take leaving my apartment to find out.

Braving the Sunday morning cold, I walked to a small bistro to meet my friend Colleen. She just moved back to New York from Portland, Oregon. The restaurant was warm and buzzing with conversation, with locals eating scrambled eggs and turkey sausage. Colleen was there waiting at a table and I joined her. A waiter brought us some coffee and we warmed our hands on the cups.

“It’s funny you picked this place,” she began.

“I have a girlfriend who lives in the building across the street. I wanted to reconnect with her last week and I called to see what she was up to.”

Colleen laughed, “No, it wouldn’t have mattered. She said if I wanted to know what she’s been doing that I should just go to her Facebook page. She said she posts everything there.”

I smiled. “All my friends are there too but I never actually see them.”

Colleen continued, “I told her I had been on Facebook. I knew she had a grilled cheese sandwich for lunch last week, but beyond that, I really didn’t know what was happening. She said she didn’t have time to get into it.”

I put my cup of coffee down. “No way. She really didn’t say that.”

Colleen nodded. “I don’t get it,” she continued. “Is she really happy having her social life by sitting alone in her living room and logging on?” She exhaled deeply.

“It’s just New York.” I said. “I notice it myself. Even my closest friends I see once every six weeks at best. Sometimes it’s two months before we can get together. Between email, blogs and social networking sites, we’re all suppose to feel more connected, but that’s a fallacy.”

We took a few more drinks of coffee when our food arrived. Colleen’s grilled vegetable sandwich came with a pile of greens. I dug into my traditional breakfast of eggs over easy and hash browns. We were both hungry.

“How’s’ your work?” I asked between bites.

“I have a design project I’m pretty excited about. I’m working with two guys, one in San Francisco and one in Washington, D.C. We’ve set up an Internet message board where we can keep on top of the project across the time zones. It works pretty great.”

As she spoke, her eyes teared up. She was almost crying. Something wasn’t so great after all.

“It’s strange, you know, I actually used to work with people. Real people. Now I just log on at home, do my part of the work, and hit, “send.” You really can work from anywhere in the world now. But so what?”

I understood more than she realized. We looked at our plates and kept eating.

“I was thinking about taking the train down to D.C. just to meet one of the guys.” She continued. “Right now, I have no idea what he looks like, the color of his eyes or the sound of his voice. I mean, who is this guy I’m working with? I really have no idea. It’s crazy.”

I watched her flushed face and her dark hair fall at her shoulders. Her fork stabbed at her food. Slowly she began to relax and her eyes started to clear. For my part, I was comforted knowing someone else felt as I did, and shared the human moment with me.

Colleen looked up, her eyes brightened.

“I guess I should tell you how good it is to be out with you, in the real world. Coming back to the city has been hard. It’s a bit lonely.”