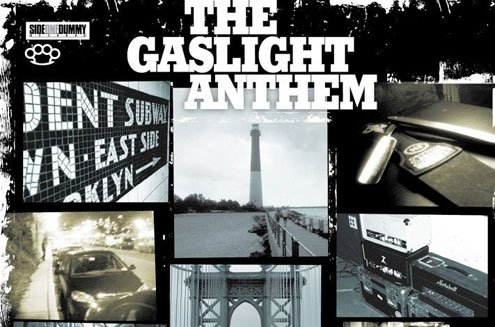 chool is out and so is the sun. High SPF lotion has been properly applied. MotoGP has visited Mugello, the NBA and NHL seasons are finally over, the World Cup is on. Families pile in trains, planes and automobiles to travel away from home, routine, or each other.

Yes, the northern hemisphere knows what time it is: summer, that glorious season of secession from the norm. Like any season, summer has a long history of soundtracks to set the mood. Here are a few you might want to consider this year.

IN THE grand tradition of working class rock’n’roll, The Gaslight Anthem has released their second album, American Slang (SideOneDummy). Every year the press falls in love with a new crop of Bruce Springsteen acolytes bent on dirty bars and broken hearts — you might have heard of The Hold Steady or Titus Andronicus or whoever’s playing your local dive tonight — but The Gaslight Anthem have more than their New Jersey origins in common with The Boss.

From the outset of the title track, American Slang exhibits what’s most important for a band like this: They can write pop songs. Odds are good that you will find yourself humming one of these 10 tunes well after they’re over. Production plays an important role here, with chiming bells, breakdowns and call-and-responses distinguishing each song as the album plays on.

It helps that lead singer Brian Fallon uses his gravelly voice well. His range is above average for a band of this nature, and he hits the notes he’s supposed to while singing the words you expect him to sing. There are down tempo moments (“The Diamond Church Street Choir,” “We Did it When We Were Young”), but it’s clear overall why this band has “anthem” in their name. Despite Fallon’s preoccupation with how his best days are past, our own days don’t have to be. This album is as good at the start of your vacation to the beach as it is on the ride home.

IF THE Gaslight Anthem are a good album for the journey to summer’s start, Delorean‘s debut Subiza (True Panther Sounds) is all about the destination.

Recorded in Olaz-Subiza, a Spanish town in the Pyrenees from which its name is taken, this album sounds more like a product of the infamous Balearic island to the east, Ibiza. Positive vibes and piano rolls only; grimy guitars and the occasional heartbreak need not apply.

The title is appropriate. Subiza is a kind of sub-Ibiza experience: On a song like “Endless Sunset,” all the rote elements of house music are present: Glowing synthesizer arpeggios, ethereal vocals riding a breezy hook, handclaps, a pumping club beat. It wouldn’t feel out of place in a live set at Pacha or DC10.

The difference is that Delorean is performing all of this in a pop context where choruses follow verses and songs rarely exceed six minutes. Rather than getting lost in your typical 10-minute house epic, Delorean polishes the same elements to a more concise length that need not be confined to a club. Ideal in single doses or played at once, it all sounds perfectly effortless and innocent — like summer.

ANOTHER sound of summer is Drake, the unavoidable hip-hop superstar so many people love to hate. Raised on Canadian teen soap drama “Degrassi: The Next Generation,” Drake has completed the transformation from a girl’s harmless heartthrob into hip-hop’s next big thing with the release of his debut, Thank Me Later (Young Money Entertainment).

There are plenty of reasons not to like him or this album. He is unapologetically young and rich thanks to “Degrassi” and a comfortable upper-middle-class upbringing in Toronto before that. His confidence is continuously fed by big names like Kanye West and Lil Wayne. He snags production from and guest spots for pretty much anyone he wants (Wayne, Alicia Keys and Jay-Z are just a few examples here). He has little to say if it isn’t about himself.

But all of these negatives conspire to make Drake what he positively is: successful as an artist. His voice switches between spitting and singing, and his breath control is as good as you’ll get for his occasionally awkward delivery. The beats mirror the voice, striding a line between hip-hop and R&B tailor-made for urban radio play.

As his favorite subject, Drake harps on how young and rich he is, but still draws conflict from a shallow pool of past girlfriends and what fame means. “While all my closest friends out partyin’/I’m just here makin’ the music that they party to,” he sings on “Light Up.” The self-absorption is total: He sees himself both from within and from afar.

The point so many critics are missing with Thank Me Later is that Drake has tricked them. In taking on the role of God in his own universe, Drake deflects criticism for his ego by reflecting the mindset of his target demographic: anyone his age (23) and younger. Intentional or not, his appeal to the indulgent side of all of us is clever.

We enjoy summer because it is an opportunity to live in and for the moment, to feel young and free again in a seasonal respite from the daily grind in a cold world. Drake may not have a clue about the latter, but he’s got the former on lock. Don’t forget to thank him when fall gets here