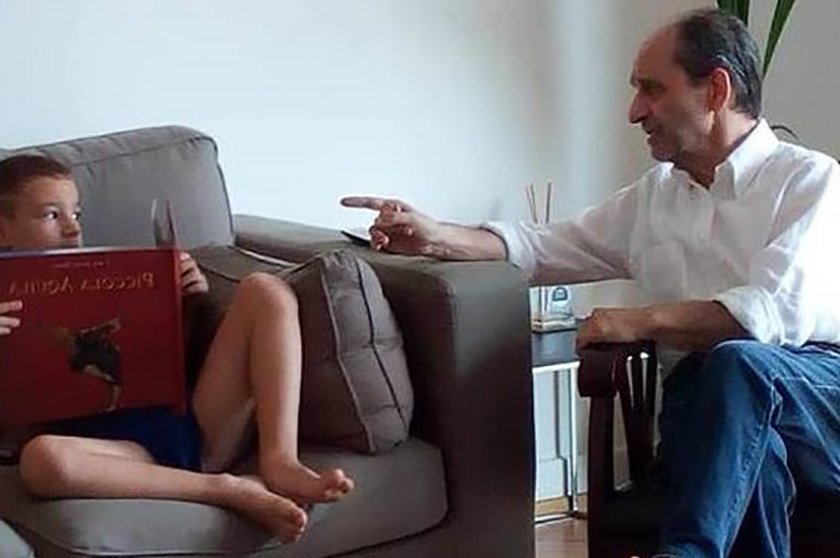 Armando Gnisci, like many professors of his generation, was deeply influenced by the events of 1968.
S

ince the start of the pandemic, an Italian phrase has been on my mind: abbiamo soltanto gli uni e gli altri. We only have each other. This might seem paradoxical, since people have perhaps never been further apart.  Yet that distancing, in its own way, is also an act of solidarity. And much of the world is drawn together, if only by a common concern.

I heard the phrase from my Italian professor in Rome. Armando Gnisci (pronounced knee-she) from the boot, an expert in migration literature, accounts by Italy’s immigrants, was an outlier in the Italian literary establishment. He occupied a small, corner office at Rome’s La Sapienza university, filled with paraphernalia from what he called il Sud del mondo, by which he meant developing countries, mostly in the southern hemisphere. An advocate for immigrants, he also defended il Sud against the detriments of American-led globalization. A neo-Marxist and 1968er, Gnisci was the first real critic of America I’d ever met. He was roughly my height, with a serious, if dour expression that sometimes broke into playful laughter. When he spoke, he locked eyes with you.

He’d written books with curious titles, loosely translated as “Poetics of the Worlds” and “Creoles, Mixed-breeds, Migrants, Clandestines and Rebels.” I’d read them at the library, taking in ideas that were both intoxicating, and cumbersome for their many allusions. I took frequent coffee breaks for a shot of machine espresso with two scoops of sugar, which left a syrup at the bottom of the little plastic cup that I’d leave for smoking students to put out their cigarettes in. I’d retreat to one of the hallway’s big windowsills, the Fascist architecture dwarfing me into a sense of wonder about Italy’s postwar political climate. The walls were covered with hammer and sickle wall graffiti. It was my own little taste of 1968. That summer, I became further steeped, when Gnisci invited me and 20 other students and writers to Tuscany for an intercultural boot camp.

I dubbed it “the summer of love” — both because the organizers were also 1968ers, and everyone seemed to be hooking up free-love style. Intimacy came easily, since they were a community built on inclusion, compassion, and love. Following an untouristic itinerary, we visited prisons, refugee centers, abandoned psychiatric hospitals, cultural centers, and independent publishers. Our main task was creating an intercultural dictionary, and the participants, all but me from il Sud, brought a word to define in intercultural terms. “Intercultural” itself was a new word for me, having grown up in “multicultural” America. But the distinction was key, Gnisci said: multiculturalism was problematic because it created self-isolating ethnic groups vying for equality and recognition in an economic system (Capitalism) that perpetuated inequalities. Instead, Gnisci’s “interculturalism” encouraged groups to mix, or “contaminate,” as he said, thereby creating new cultures. His concept was also devoid of charitable buonismo, or do-goodery. In one of his books, he quotes an aboriginal woman who says, “If you came only to help me, then go home. If you consider my fight part of your own fight for survival, then perhaps we can work together.”

The summer eventually took a more politically dogmatic turn, and romanticizing 1968 began to lose its luster. Even the Cubans snuck off to buy Mickey Mouse paraphernalia in the basements of the Prato neighborhood’s department stores. As the lone American, I felt especially targeted. Once, when I’d heard one too many invectives against the “Yankees,” I started to cry. I felt both defensive of America, and deeply ashamed of it. Mostly, I felt sorry for it.

He believed in treating people first as humans — and thereby equal in their common humanity.

Those same feelings have resurfaced during the Trump years, when some of Gnisci’s ideas seemed prophetic. He predicted that America itself would suffer greatly at the hands of its own greed and divisiveness. When Gnisci died in July 2019, I felt like a luminary in my life was gone.

I reached for his books and even tried to find a passage to translate for my Italian students, but I found myself a little lost in translation, reading about a world that seemed more like a melancholic dream than a reality. However, I was delighted to discover that American scholar Matthew F. Rusnak has translated an essay collection of Gnisci’s best work entitled “We, the Europeans: Italian Essays on Post-colonialism.” As for me, Gnisci’s influence lives on in at least one way: He believed in treating people first as humans — and thereby equal in their common humanity — then celebrating the diversity of where they came from second. I think we often reverse this in America, capitalizing (literally) on our diversity, while neglecting the universality of what makes us tick.

I’ve found echoes of Gnisci’s thinking in other places. My meditation group starts every retreat with the following greeting to one another: I belong to you. Certainly, this doesn’t mean that you will like everyone you meet — only that you will recognize the likeness of their humanity to your own. Even my favorite clothing brand came up with the t-shirt logo “100% Human.” I didn’t buy the shirt because I didn’t support the commercialization of a concept that should be innate. But I like the idea. Here’s to 100 percent human in 2021.