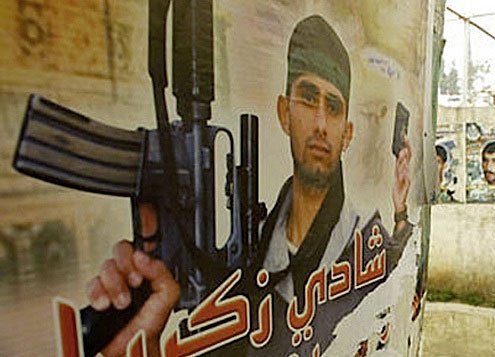 ants intrigue me. The latest is Tom Friedman’s, fed up with suicide bombings.

“Terrorists willing to blow themselves up at funerals and weddings of their own faith are individuals who have become completely disconnected from humanity,” he writes of Sunni Muslims bombing fellow Sunnis. “They feel no moral restraints.”

Later: “Suicide bombing is an abomination. It is sick. You cannot build a healthy state from suicide bombers.”

“Because feelings of powerlessness and humiliation are rife in Sunni Arab society, so there is some grudging respect for suicide bombers who are ready to give their lives to resist outsiders or the authoritarian regimes that Arabs blame for keeping them down.”

Two considerations come to mind, the first regarding empathy.

Some Italians grudgingly admired Red Brigades terrorists during their unprecedented run of political shootings and kidnappings that began in the mid-1970s and lasted about a decade.

Could exasperation excuse militancy? Could purges be a blessing in disguise? Could homicidal efficiency redress the country’s lack of it in more legitimate pursuits?

But Robin Hood empathy depended on terrorist predictions that the state would respond to them as Bogeymen and pass repressive legislation to block their path.

The state faced the threat as criminal, not mythic. Support dwindled. The novelty wore off.

Like a storm over tropical water, terrorism is nourished by the resentment it arouses, my second point.

We live in urban world infatuated with commerce and communication that owes its existence to slick forms of instant delivery: Internet, mobile telephony, iPods and streaming. Warhol’s famous 15-minutes wouldn’t top 15 seconds today. Time is the most precious modern commodity. Personal attention span is up for grabs. Prizes go to the loudest, not the wisest.

How then to rivet a vain society deluged by the sound of music, the cacophony of family, and the assuredness of 24/7 TV? How to conquer distraction?

A plus B equals C.

Suicide bombing does that.

It’s an eccentric offshoot of nihilism devised by those who believe affluent society is vaccinated against attacks on institutional targets. They’re inured.

Nor do they believe in impending biological, chemical, nuclear assaults, mostly because such undertakings would whiplash against anyone who tried them.

The unholy trinity of terrorist concerns — efficiency, cost-effectiveness and public impact — has changed marginally since 1945. Impact is still the hardest to gauge.

Until the Spanish Civil War (Guernica) and World War II, civilians were protected from carpet bombing. But strategic tweaking made wholesale slaughter possible. Against a legitimately awful enemy all was moral. Yet a number of World War II bombing raids were in fact Friedmanesque: Gratuitously disconnected from humanity.

Grandness of cause and state rhetoric excused the horror.

But suicide bombing still adheres to the amoral trinity: What’s cheap and works? What kind of attack disrupts memorably? What baits a 21st-century audience?

Behold radical Islam, say one, and the unconscionable additives.

Disconnections from humanity depend on expediency, the Holocaust front and center.

What’s changed is the extent to which the disconnection is made for public consumption. Little is hidden. The vulgar is in vogue.

Yet who would think to try?

Suicide bombers are not Pygmalion charwomen awaiting a Henry Higgins to teach them manners. They disrupt the banal because it makes life tick. Life should be good on a beach, in a hotel, at a wedding, on a city street in a major city. Detach security from predictable moorings and people feel unbalanced (only Israel incorporates such breakage into its daily life.)

In 1968, gunmen hijacking jets to Cuba or into the Sahara defined terrorism. In 1974, it was the assassination of athletes at the Olympics.

But apprehension about nuclear war hovered over the worst of it.

Suicide missions are a gash in the side of a culture that prizes itself on the preservation and quality of life.

They can’t be defended against. They introduce seemingly inexplicable self-sacrifice. They generate guilt and helplessness.

Distracting an established society requires striking it with consistently noxious doses of what it has been trained to dread. Terrorist chiefs borrow relevancy from the dread and instill purpose into otherwise alienated recruits.

It is a circular plan built to induce, draw from, and recycle righteous hate.

Which takes us back to the rant.