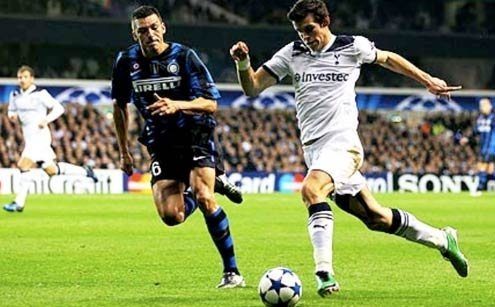 ngland’s Premier League table makes very pleasant reading to football’s purists this season. In what is more than ever before a results-driven business, the beautiful game has increasingly become a victim of the relentless pressures to put points on the board, with some managers criticized for allegedly putting attractive play ahead of three points. No such grumbling has come from the fans or boards of Tottenham, Arsenal, Newcastle, Norwich and Swansea, clubs that have combined style and substance to great effect.

Harry Redknapp’s reign at White Hart Lane has continued positively a year after guiding the team to the quarterfinals the Champions League, securing famous wins over both Inter and AC Milan. Spurs have not only shown a desire to return to Europe’s Promised Land, but until early March were challenging Manchester United and City for the Premier League crown.

Traditionally, Redknapp and Tottenham are no strangers to playing football the right way. The former Portsmouth boss has done well to reinvigorate mercurial talents such as Raphael van der Vaart and Emmanuel Adebayor, whose careers had turned sour at Real Madrid and Manchester City, respectively. His conversion of the incisive Gareth Bale from left-back to left-wing has helped maintain the North-London club’s reputation as one of the most offensively-minded in the division.

Style over substance has been the criticism directed at Arsene Wenger’s Arsenal for the last seven seasons, in which the club has failed to lift any silverware despite playing the most sumptuous football in Britain. Despite last summer’s enforced departures of classy midfielders Cesc Fabregas (Barcelona) and Samir Nasri (Manchester City), Arsenal’s league form has seen solid improvement. Wenger’s men still play an attractive brand of football, which they have complimented with a sturdier defense and extraordinary haul of 27 league goals from Dutch striker Robin van Persie. With Champions League qualification all but certain, Le Professeur has proved his doubters wrong in a season in which his job with the North London club was once seen as in jeopardy.

Mid-table security was the best most Newcastle fans expected from this season after last year’s transfer windows saw the sales of leading marksmen Andy Carroll and Kevin Nolan, as well as talented, albeit petulant, playmaker Joey Barton. The sacking of Chris Hughton, who had masterminded the Toon Army’s promotion to the Premier League the previous year, was also an unpopular move. Few could have predicted that the little-known replacements promoted by successor Alan Pardew would exceed the achievements of their predecessors. Flamboyant Senegalese strikers Demba Ba and Papiss Cissé have provided 26 goals between them to propel the club to within inches of Champions League qualification. Meanwhile young French playmaker Yohan Cabaye has further enhanced an exciting midfield, which already featured compatriot Hatem Ben-Arfa and Argentine international winger Jonas Gutiérrez.

Fluid passing, comfort in possession and well-constructed team attacks are terms very rarely used to describe newly promoted sides, which all too often revert to the classic defensive tactics of packing the midfield and launching opportunistic counter-attacks in a bid to nullify the superior creativity of their more established Premier League adversaries. Sam Allardyce’s Bolton Wanderers and Tony Pulis’ Stoke City each safeguarded, and even enhanced, their top division status by adopting such tactics.

So it has been refreshing to witness new boys Norwich and Swansea City climb the table by playing champagne football much of the time. The Norfolk-based side’s trust in lower league talent has paid off, as Antony Pilkington, Elliott Bennett and Steve Morison (previously of Huddersfield, Brighton and Millwall, respectively) have delighted Canary fans by providing goals aplenty.

South Wales, meantime, has played host to something of a sporting miracle. Swansea City, relegation favorites at the start of the season, has been riding comfortably in mid-table since the turn of the year, recording historic victories against Arsenal and Manchester City. But it has been their superb philosophy of possession football that has really caught the eye. A silky midfield of Nathan Dyer, Gylfi Sigurdsson, Joe Allen and Leon Britton has ensured the Swans continue to play in the same fearless way that helped them get promoted via the play-offs last summer. Britton and Allen even featured among the most accurate passers in world football until late January. Ease of possession makes it possible to imagine Brendan Roger’s team excelling on the European stage, were they to qualify for UEFA competition under the guidance of their much-revered manager. They controlled 65 percent of it in a recent victory over Blackburn Rovers.

Indeed, the old adage that the league table doesn’t lie could not be more fitting to describe a season in which the winner has proved to be football itself.