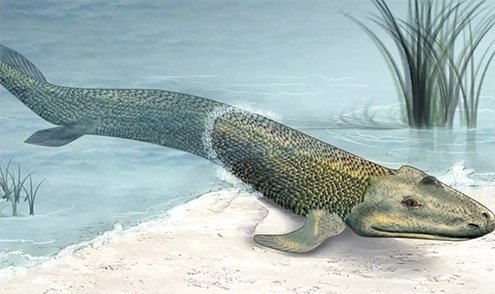 "This silly, silly, silly young thing. He can go on land, but he doesn't care he looks ridiculous dragging himself about…"
A

dults appear to have found a new leisure time activity: bashing Millennials. Symptoms of the pastime include believing everything Millennials do is either nonsensical or self-involved. Millennials know nothing about so-called hard work. For them, everything is easy. Even their phones are smart.

But here’s the thing: generation bashing is nothing new. In the 1960s there was “the generation gap,” which came with its own set of adult complaints about the (loud music-loving) kids that would later become the parents of Millennials. No generation escape scrutiny by the one preceding it, which inevitably waxes poetic about its good old days (real or imagined).

Whatever provokes it, generational nitpicking is irritating. I prefer to take a historical view. If it’s an age-old process, what were the Millennials of other centuries up again? Some thoughts.

Prague, 1349 AD: Hildebrand stands over her 16-year-old son Ortulfus. With her hands on her hips she looks down at his plague-ridden body. Ortolfus manages to open his eyes enough to notice the thin line his mother’s lips. Even in his state he can tell she’s skeptical. Hildebrand notices his eyes fluttering and shakes her head as her husband Eginolf storms in, his blacksmith apron on. “Still in bed!” he tells Ortolfus. “I thought we’d talked about this! You’re so dramatic!” Hildebrand nods, adding: “I saw him reaching for a piece of bread earlier. Seems he can’t work but he can eat! I’ve never even heard of this Black Death.” Ortolfus gathers his dwindling energy, “Pain,” he manages to eek out, “so much pain.” His parents look at each other, embarrassed by this show of weakness. Eginolf looks at Hildebrand, but Ortolfus knows it’s for his benefit: “In our day, you went to war with ergotism, the augue, anything!” Then it’s Hildrebrand turn: “You young kids will come up with anything to loaf around. It’s our fault, though, we spoiled him by giving him that pet rat from China they were selling at the market.”

Mesopotamia, 3,500 BC: Elderly Babati and Nergal, retired warriors, lean against a temple to the goddess Nammu and scoff at young soldiers training nearby. A chariot passes carrying two young soldiers, who see the old men and snicker at their outdated military garb. Babati tries to lunge at them, but Nergal, the more levelheaded of the two, holds him back. “Babati, you don’t want to mess with them. It would be like hurting a child. These boy-soldiers are weaklings.” Babati listens to his friend and pulls back. “You’re right Nergal. After all, they’ve never had to carry generals into war zones. They’ve always rolled around in their silly, frivolous, wheeled extravaganzas.” The two men grunt in assent and watch as more chariots roll by. “Bah! I don’t see what’s so special about this wheel. We did just fine without it, didn’t we Babati?” His military pal nods and says, “You know, you don’t win sieges by riding around on your little cart, you win by standing outside. These new generations can’t be serious.” “Absolutely, Nergal, it has to be fun or it won’t hold their attention.” Nergal notices a girl blushing madly as a soldier on a chariot waves to her. He snorts. “Babati, to tell you the truth, I can’t imagine this wheel will last long. It’s just a trend.” “Well said Nergal. We’re simply dealing with a flashy new piece of technology, but it’ll be obsolete in no time.” The two men harrumph in agreement, satisfied at having put the wheel in its place.

Ocean, 265 million years ago: An old female fish putters around collecting abandoned goodies in the sand such as stones, left-behind bits of food, and an empty shell. She lumps them together in a pile as she mutters, “Fish these days waste so much. Not in my day. Waste not, want not, and once we didn’t have anything to even waste. Had to save everything. Oh, if fish today saw some of the things my mother tried to pass off as edible they’d have a fit. Yes, we had to be tough, not like these —”

Her muttering is interrupted by a sudden displacement of water. She looks in the direction of the wave and her face drops into an even deeper frown. She’s spotted tiktaalik, a tetrapod that swims to the shoreline and surfaces to crawl on land. The old fish goes to collect a piece of shell that was flung away from her pile. “This silly, silly, silly young thing. He can go on land, but he doesn’t care he looks ridiculous dragging himself about, as long as it’s new and cool he does it… ocean isn’t good enough for them I guess…”

Space, 13.82 billion years ago: As an Old Universe looks on, a huge explosion leads to the creation of a new one that contains Earth, the Sun, Mars, and the rest of the gang. The Old Universe shakes its head and scoffs, “Universes today have it so easy. Let me tell you about how I was created, none of this easy-peasy, explode-and-you’re-made stuff…”

I should conclude with a caveat, Any similarities with real life are purely incidental.