Study abroad… at home in Iowa 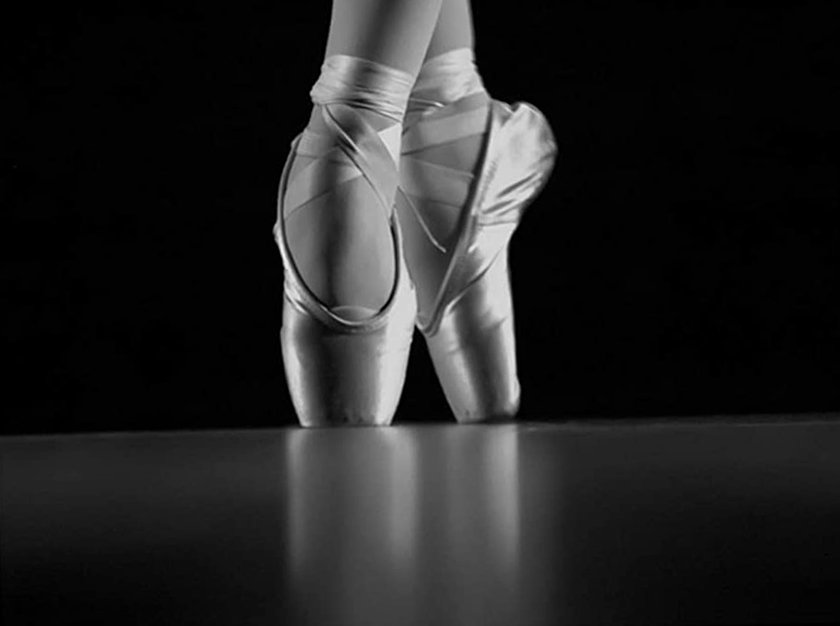 The delight of ballet in a time and place that seemed remote from it.
I

’m spending the fall in Iowa as part of my doctoral degree program. It’s like study abroad — but in my hometown. The university has rich traditions in writing and the humanities, so the opportunity to spend a fall here — and experience an actual autumn (a rarity in Florida) — thrills me.

The experience has so far met, and even exceeded, my expectations. My only wish is that there were two of me, or twice as much time in a day, so I could soak up all the interesting course offerings. But my favorite class is not an academic one. It’s one that fulfills that essential element of real study abroad, which is discovery.

I was more interested in watching than doing, taking mental notes in a storage space I wouldn’t begin to open until many years later.

On Saturday afternoons, I take ballet. It all started with my daughter’s “wee dance” class, in which I am her partner, or as her teacher says, her “big dancer.” It’s designed to get toddlers to express themselves through movement, so instructions include: dance like a balloon expanding, a bubble moving through the air, a fish through the sea, and so on. It’s sweet and liberating, and the movement in my own body felt so good on the first day of class that I decided to take it to the next step and enroll in an adult course called “adult beginner ballet.”

Ballet is not entirely new to me. I took the obligatory few years of ballet, tap and tumble, as a child. But the recital costumes are more memorable than actually learning to dance. In the recital pictures, I don’t look particularly fluid. In fact, it’s hard to tell if I was dancing at all. I was more stump than statue. I stared at everyone else. Staring was a familiar activity for me; my brother chastised me for having a “staring problem.” The habit later morphed into the more respectable “people watching,” and later “observing.” I was more interested in watching than doing, taking mental notes in a storage space I wouldn’t begin to open until many years later.

Fast forward decades, to when a poet friend suggested that I undergo an “Annie Hall” transformation and acquire duende, the Spanish word for soulful self-expression that’s tied to the Flamenco dance. It makes sense for him to have used that word; after all, poetry’s sister art is dance.

With this in mind, I went to my first adult ballet class, then slipped briefly back into my more pensive persona. “I’m here because I’d like to improve my posture,” I told the teacher, a little apologetically. He seemed disappointed, so then I told him my daughter’s dance class had inspired me, and that I’d written a poem after her class. This pleased him, but he cautioned, “This might be a little more cerebral than your daughter’s class.”

Cerebral was right. It was downright tedious. We spent the first forty-five minutes on the floor, stretching, breathing and awakening little muscles that I never knew I had. It felt like yoga. But when we moved to the barre, it felt like the real deal — and entirely new.

This might be the greatest benefit of ballet — that I feel more rooted in my body, more aware of both its functions and its beauty.

“Hug your rib to your spine,” the teacher told me, gently tapping my rib. “Head up, elf ears (the mask effect) pointing up to the sky.” He also announced several times throughout class, “This is not the gym.” Meaning: we are working our muscles differently here. I’ve not been to a gym since the start of the pandemic, but I jog regularly, and I enjoy a good, strenuous sweat-and-endorphins producing workout. Ballet class was not that. But I did feel a little soreness in my calves the following day, a well-earned marker of muscle use.

With each dance class, I’ve come to enjoy ballet more and more. The thinker in me loves the teacher’s anatomy lessons along the way. For example, he explained that the foot forms a 3D arc that few people are aware of, but dancers rely upon. You can find it on your foot by pushing each toe (yes, each individual toe) into the ground. Toes are very important. So is the tibialis anterior, a small muscle on the front of the tibia that helps us stand on our tippy toes. I found this out when I pulled mine, and then nursed it back to health with the care and attention of someone who knows her body.

This might be the greatest benefit of ballet — that I feel more rooted in my body, more aware of both its functions and its beauty. I say the latter not without vanity. One of the reasons I wanted to do ballet was to accentuate my ballerina-like features. While I don’t have perhaps the most important one — long legs — I do have long arms, broad shoulders, a narrow waist, a long neck, and pretty feet.

Why not honor these, at the very least for myself, in front of a mirror for two hours a week? That’s what the duende is all about.