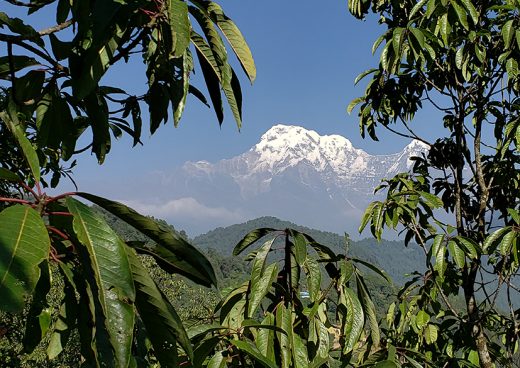 our pain is the breaking of the shell that encloses your understanding. — Khalil Gibran

With the loss of an American climber in late May, the death toll of the 2019 Mount Everest climbing season rose to 11. In all, the tallest Himalayan mountains, including Everest in Napel and Namdi Devi in India, have claimed 20 lives this season, with some climbers still missing.

Each mountain continues to elicit controversy, both among veteran climbers and those who believe high-altitude climbing invites needless risks. Two questions, one practical, the other philosophical, drive this debate. Who is to blame when things go fatally wrong? Why climb to life-threatening heights?

In 1921, legendary Everest climber, George Mallory, who died on its slopes, provided a terse answer to the second: “Because it’s there,” he said. The quip has since acquired cult status. Cultural writer Jeva Lange took a far more critical approach in writing a widely circulated piece starkly titled “The Tragedy of Mount Everest.” While no climber, I know these mountains well. To me, the emphasis on tragedy seemed exaggerated.

Some trek or climb in search of something within them that they can’t readily identify. Others go because they find everyday life dull or numbing.

In February, I returned from three months in Nepal, where I went on four treks through the Annapurna Massif, a western Himalaya range with snowcapped peaks of cold, hard granite, some thrusting more than five miles into the sky, and ringed, it may surprise you to know, by hundreds of square miles of deeply rich green trees consisting of alder, birch, maple and others.

Altitude hiking can be dangerous. On my final western trek, Poon Hill, I fell clumsily backward down a 30-degree slope for 50 meters. I cracked my left shoulder, broke two fingers and a toe, and smashed two teeth from my mouth. I hurt all over and needed a month in Pokhara, western Nepal’s largest city, to recover. I was unable to complete my eastern trek to Everest Base Camp (EBC), which I had scheduled for shortly thereafter. Leaving Nepal, I knew I wouldn’t return. My disappointment at failing to reach Everest Base Camp weighed heavily on me.

In Nepal, I had no symptoms of altitude sickness (AS), the culprit in several recent Everest deaths. AS can strike at 8,000 feet, at which just 75 percent of the oxygen we usually enjoy is available to the body. At Annapurna Base Camp and Poon Hill, the oxygen number drops to 60 percent, and the altitude category is labeled “Very High.”

Altitudes of 18,000 feet (where I have climbed in South America) are considered “Extreme,” and 26,000 feet and above is known as “Ultra.” It’s also called the Death Zone. With only 36 percent of normal oxygen present, human biological systems, including kidney function and brain cognition, shut down. You’re literally dying as you climb. Pain is inevitable.

Trails crisscross each other, and are well posted with routes, altitudes, and safety recommendations.

So why go? In my case, the answer has nothing to do with conquering geology. It’s not about the mountain, wherever it is. The trekkers and climbers I talked to during my treks shared important common traits. They knew, for example, that any answer to “why go?” would be unlikely to satisfy skeptics. That answer (a circular, non-answer to some) would be, “If you have to ask, you’ll never understand.” This means, of course, that if you understand, you have no need to ask.

Some trek or climb in search of something within them that they can’t readily identify. Others go because they find everyday life dull or numbing, and risk pain to probe feelings deep within. Yet others go to forget. They use the challenge to jar long-established thought patterns, to force themselves to think not of issues and people outside, but of inner matters. Pain is often a useful lens through which humans can examine themselves in ways they are desperate to try, but cannot manage, in everyday existence.

At the core, people go because they’re trying to understand who they are. “Why go?” “Because we need to.” Our way, this way, may not be everyone’s way, but it shouldn’t be decried. A mountain alone cannot be a tragedy. To my mind, tragedy shouldn’t be applied to those who died doing what they loved doing, or what they felt they had to do. It could refer to those who resist testing their inner limits in search of better “outer” understanding.

That has aspects of the tragic. Should Everest and other major peaks be better managed? Of course, they should. But criticizing a mountain because too many people (veterans and novices) try to reach its summit is absurd. Human beings, to my mind, are increasingly numb, removed to more immediate realities and priorities, yet another tragedy. But moral outrage would be better aimed at global overpopulation, infant mortality, and first world concerns like growing smartphone addiction, and not unleashed on mountains and their ambitious climbers.

So if you wish to become outraged over the wasting of human life, may I suggest you start somewhere other than mountains. As for me, I’m returning to Nepal. Another base camp awaits.