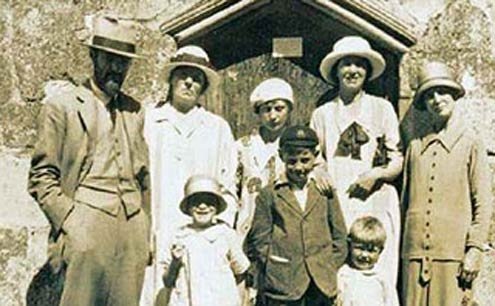 he ancient Roman author of moral maxims, Publilius Syrus, a freed slave from Syria, is credited with coining the saying, “A rolling stone gathers no moss.” If a maxim’s worth is based on its longevity, this one is a rock of ages.

Yet just what it means is open to debate. Much depends on who’s saying it. While Publius is thought to have created the maxim to suggest that constant moving was a form of irresponsibility, it has also been interpreted as a warning against the complacency of inertia.

The first interpretation seems the most widespread, especially in song lyrics. A wandering man is usually one who abandons his family. In the early 1970s, Motown’s The Temptations sang, “Papa was a rollin’ stone/Wherever he laid his hat was his home/And when he died, all he left us was ALONE.”

Earlier, Bob Dylan famously furnished his own vision, which has been covered hundreds of times since: “How does it feel/How does it feel/To be on your own/With no direction home/Like a complete unknown/Like a rolling stone.” The “no direction home” stanza was considered a warning against the alienation of living in the real world, where the memorized norms of home no longer applied.

Why musicians use “rolling stone” so frequently might have something to do with its the metaphor’s accessibility, like fast food for the imagination, or because musicians are no strangers to leaving their families.

The opposite of the rolling stone was the moss gatherer, an unglamorous label that never caught on with similar fervor. Reclusive American poet Emily Dickinson was very much a moss gatherer, and reading about her later life can make anyone feel like a devout socialite.

But moss gathering usually isn’t practiced to such extremes. To Publilius, it meant someone who preformed his duties and went home, a good citizen. In fact, most people spend most of their lives in that vein, never rolling far from day-to-day patterns.

In that sense, a rolling stone fits in to the thinking of early 20th-century novelist and poet D.H. Lawrence. Averse to stagnation and lover of travel, he praised constant change, making it a watchword in his novels, poetry, and travel writing.

Oxford Professor Catherine Brown, in a podcast, lists how Lawrence and his wife Frieda ranged far and wide from England to Germany to Italy, with the complete list including two other continents in addition to Europe.

I find it incredible that the man traveled as much as he did and was still able to write so prolifically done — proof that moss isn’t the only thing you gather on the road. Lawrence called his voluntary exile from England a “savage pilgrimage,” and many of his fictional characters ventured south.

“One must love Italy, if one has lived there,” he once wrote. “It is so non-moral. It leaves the soul so free. Over Germany and England like grey skies lie the gloom of dark moral judgment. Italy does not judge.”

If Publilius and D.H. Lawrence were to meet in eternity they might have the following conversation:

Lawrence, stroking his bear: “Yes, I agree. We must remain in constant motion, to not become complacent, stiff, and resistant to change because then we will never enter fully into the greatness of life.”

Publilius: “If you pardon one offense, you encourage the commission of many.”

Publius, walking away: “In a heated argument we are apt to lose sight of the truth.”

My own use of the phrase is in the spirit of Gandalf in “The Return of the Kings,” who says, “He is a moss-gatherer, and I have been a stone doomed to rolling.”

There are those who can’t stay in one place and those who can’t. Little did Publilius know that when he wrote his maxim that it would not only slip into the basin of collective metaphors, but also endure for millennia.