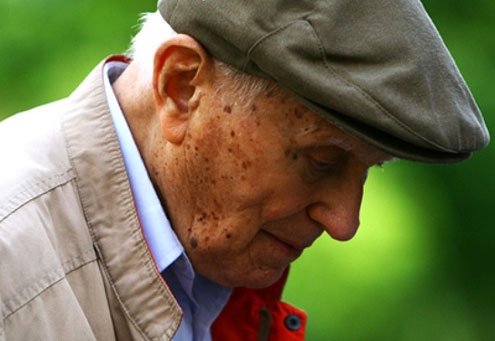 In Italy, caring for aging parents is almost always a family priority, though not always a fair one.
B

efore I arrived in Italy 12 years ago, my partner Alberto sat his mother down and explained to her that he was gay and that I was coming to live with him. “Well, its about time,” she said. “I just don’t want you to be alone.”

About 10 years ago we asked her to move into the apartment next door. The idea was to help her maintain her independence for as long as possible. She’s not invasive, so we weren’t worried. Alberto is the youngest son of six children and most of the responsibility for her care, and that of his father (who died 15 years ago), fell “naturally” to him. Even with regular help from his sister and a caregiver, we’re the ones on 24-hour call. Though his other brothers and sisters gladly visit their mother weekly, they conveniently turn a blind eye to the reality of her advancing age and increasing needs. In their minds, it’s only logical. They have families and can’t possibly look after her. Instead, they leave the bulk of it up to Alberto and his sister.

In Italy, the governing assumption — an old and persistent one — is that daughters without children and gay sons don’t have as much right to their lives as married counterparts.

Though Italy has an extensive social welfare system, including socialized medicine, caring-giving facilities for the elderly are often sadly inadequate. Such care usually belongs to the family unit, which can be a very efficient with children sharing the responsibility.

In practice, however, it often doesn’t work out so fairly. For unmarried daughters without children, available social roles are pretty limited. Yes, one can always join a convent, but if you’re not inclined, the assumption is that you’ll become the primary caretaker for your aging parents.

My friend Silvia is 40, single, without children. She lives next door to her parents. Though she has two married brothers who live nearby, she’s the principle go-to figure. During the summer, she spends many of her weekends taxiing her elderly parents back and forth between Milan and Rimini, a four-hour drive.

When she asked why her brother, who also spends weekends in Rimini, couldn’t drive them from time to time, she got the same answer that many single, childless women tend to get: “Oh no, he can’t possibly, he has a wife and child.”

Since, lesbian daughters and gay sons can’t marry or (in theory) have children, they don’t have real lives, either. For many homosexual Italian women and men who wish to remain part of their family, the options are stark: fake it and get married, enter the church, or remain home looking after the old folks.

Alberto’s cousin Simone is the youngest of five children. He and Alberto practically grew up together. Simone is homosexual, though everyone in the family pretends they don’t know. The code of silence maintains the family reputation. Simone was raised to serve the family and has spent most of his adult life looking after his two aged parents and a crazy old aunt. Now they’re dead and he lives alone in a grand penthouse apartment in the center of Milan, which we call the “Museum of Dead Relatives.”

With each passing year he’s become more reclusive and at times a little strange. A few years ago he had a chance for a romance with a very nice man from Florence, but the prospect frightened him so much that he allowed years of accumulated neurosis to get in the way. The romance died before it ever got started. At 65, after years lived in semi-hiding, he’s completely unable to create his own life as a gay man. In no small part, his family has actively encouraged and participated in his social retardation.

In a strange twist of irony, the Italian family does provide a role for a gay son or lesbian daughter, albeit completely self-serving one: they are hostages. They exist to keep silent, help out (sometimes for a lifetime), and are burdened with enough guilt and shame to ensure they don’t break free to make a life of their own.

Fortunately, our situation is not typical. Alberto’s mother is a remarkable women and having my mother-in-law next door enriches our lives. A couple of weeks ago she suggested the three of us go to “The Gin Rosa,” an old and famous bar in Milan’s center. When she was young, she and her husband would go there for a romantic drink. At 94, she polished off two gin rose cocktails. Far more important, she acknowledges the value of her son having someone in his life, and that someone is me.