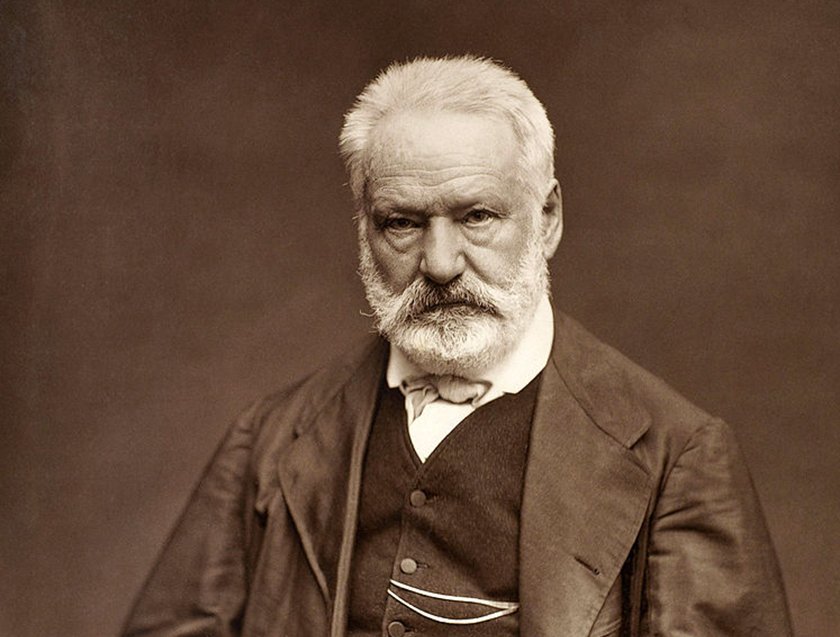 Mr. Hugo, with all due respect, you are old news.
I

once envied the lucky critics able to reflect at length on the works of Proust or Dickens with near-casual ease. That I would one day be in a position to review masterpieces of that caliber seemed, well, far-fetched. I’m an actor, not a writer, let alone a critic.

But somewhere along the line I must have offered up a prayer to the right divinity because here I am, poised to offer my views on today’s newest literary masterpiece, “When We Touched Things,” a remarkable tale of remarkable times.

This strikingly ingenious tale tells of an age in which people still touched things with their bare hands.

Over the course of the narrative you’ll hear of those days when people lifted up mint bowls in restaurants, lifted them up casually, unafraid, handling the mints in their bare hands, placing them in their mouths.

Many are the stories of people actually picking up pennies from the pavement and fearlessly examining them. Public door handles also play a role, as does hand sanitizer — in the early pages, these two are friends of a kind.

These four things, bestowed with a human dimension, form the backbone of the story and help propel this sprawling and topical narrative.

Penny, mint bowl, public door handle, and sanitizer are destabilized along with humans when the planet is overtaken by a virus.

The relationships between these “things” is intricate. Each of these items, soon to become characters, must endure a reversal of fortune almost unheard of in the annals of history.

No one complains when Mint Bowl suffers further indignity when it learns it was never included in take-out orders.

Here’s a volume in which, for once, objects come to life, fully fleshed out and bestowed with emotion. This can be a risky literary undertaking, but here it works to perfection. A penny on the pavement is one thing but here we’re introduced to the very much upper case Penny On The Pavement, an easy-going and friendly sort that seems to always put people who come across it in a good mood. Then there’s Public Door Handle, the reliable helper that everyone takes for granted. Mint Bowl In A Restaurant is perhaps the most adventurous member of this cast, adding zest to static lives, and giving the end of a meal a sense of purpose. Hand Sanitizer is the old reliable that, although always available, no one seeks out or expects much of. For decades, it lurked, untouched, in kitchens or cloakrooms.

By endowing this group of friends with identity and character, the story acquires the feel of being an everyman’s (or Every Man’s) tale. Every thing has its purpose, and here they come to life as vital players in dramatic circumstances.

As the pandemic unfolds and spreads, the relationships between the centerpiece characters shift. Their world is literally turned upside down.

Suddenly, Penny On The Pavement is stripped of that magical ability to bring a smile to everyone’s face, and this crushing loss of status reveals disturbing underlying truths, such as the fact that all along many seemingly decent citizens had ulterior motives for their actions. Some picked up Penny not out of affection but driven by a sense of duty, as if Penny was otherwise littering (if not offending) the street. Others, we soon discover, picked up Penny because money of any kind was still money in hand, and superstition suggested finding and picking up Penny might bring good luck. Altruism played no role. A startling idea.

Nor does the writer shy from addressing privilege. In fact, as Penny On The Pavement realizes its low rank in the cash chain, its illusions about its lifestyle and status are shattered, causing a deep depression that will have consequences. Mint Bowl In A Restaurant suffers a period of forced isolation (all but left to its own devices), following ordinances that shutter restaurants all over the world. It learns that humans never really cared for mints, and that it was little more than amusement for bored customers waiting to leave. The Mint Bowl in a Restaurant was simply there.

No one complains when Mint Bowl suffers further indignity when it learns it was never included in take-out orders. This grief and rage is compounded when some restaurants reopen but customers no longer come close to Mint In A Bowl. Already crippled by this blow to its self-esteem, after months of languishing in the restaurant, Mint Bowl loses its freshness, proving that a plastic wrapper is no protection against the harsh reality of the passage of time. Those few who still crave Mint, emboldened by vaccines, find them unappealingly stale. Such scenes are poignantly portrayed.

The achingly beautiful passage in which this realization dawns on Mint Bowl In A Restaurant rivals anything the 19th-century Russian masters had to offer.

The Public Door Handle endures this ostracism not with rancor but resignation.

The story of Public Door Handle is not so much a tale of downfall as it is of bitter acceptance. Although humans are unwilling to touch it, they must do so to enter an establishment. This is a striking way of suggesting the social stratification of all door handles — the supremacy of private door handles as well as the inferiority of all in the public domain, perceived as contaminated.

Aside from these apt socio-economic reflections, the author also addresses the human need for physical contact. Humans can push the door open with their shoulder, but when it comes to pulling, the most they can do is cover their hand with a sleeve or glove to make reluctant contact with Public Door Handle. Once again, poignancy leaves its mark. The Public Door Handle endures this ostracism not with rancor but resignation. It will never again be a human favorite. Physical contact has in effect been canceled.

With touching realism, it compromises to maintain some of its integrity. A shoulder may not be a hand but it’s better than being replaced by a sliding door.

Hand Sanitizer is the character that, against all expectations, finds overnight fame. Its massive newfound success drives the story as envy creeps into the minds of the more stricken players. The promises these characters made to each other in their youth, that they would always stick together, is undone by human panic and fickleness.

Faced with the sudden fame of their cleansing friend, the three others deride Hand Sanitizer’s offer to help them by sanitizing them, saying the idea would just play into the hands of some newfangled, bourgeois scheme.

This shunning leads Hand Sanitizer to lean into the fame and sever all ties with its old friends. The actions of youthful Hand Sanitizer is an unmistakable nod to themes examined by French novelist Guy de Maupassant and a modern example of how the older world order, falling upon hard times, refuses to accept new ways and the bourgeoisie that Hand Sanitizer represents.

To go into more detail regarding the twists and turns that dominate “When We Touched Things” would be an injustice to any reader. This novel is a marvel if not a social turning point. I am left only to say, step aside Victor Hugo, this century can now match your craft.