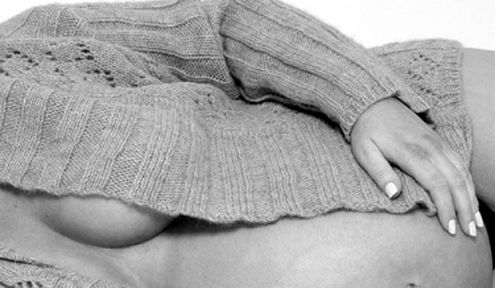 My stomach muscles were shot. I moved differently.
W

hen you are pregnant your body is no longer solely yours. I’ve heard all kinds of women explain this in different ways. One friend said her body was “overflowing with love,” another described it as a physical phenomena that left her hair, skin and nails “looking better than ever,” and yet another said she felt like she’d been “invaded by an alien.” Whatever a woman’s feeling about pregnancy, one thing’s sure: After the baby arrives, your body is never the same.

After I had my son, my baby weight fell off very quickly — and then some. I was skinnier than I had been in years — and I was eating ravenously. Breastfeeding makes some women lose while others hold on to those extra pounds. I counted my lucky stars that my body fell in to the former category. And while I was happy with my weight, I noticed that my post partum corpo was slightly different from my pre-baby body.

Initially, my lower back ached and my hips felt like someone had tried to pry them apart with a crowbar. After being stretched and then cut open (sadly, I’m a member of the “Caesarean-sectioned” mothers club) my stomach muscles were shot. I moved differently — when I walked, when I practiced yoga. My gate had also changed and my “downward facing dog” yoga pose was now facing all different directions.

“It’s like my body was put on a taffy-stretching machine,” I told my sister-in-law, laughing.

“My osteopath told me that carrying and delivering a baby is like falling out of a second story window,” she replied. Ouch. But the comparison made sense. Women love trading war stories.

One of my Italian girlfriends who had just given birth mentioned she was suffering from the “baby blues” and added that she and her husband hadn’t been “intimate” in quite some time. Her baby was three months old. “Oh, don’t worry about that,” I chimed in reassuringly. “That will come back.”

But secretly I wasn’t so sure.

Since your body isn’t the same after a baby, it would stand to reason that sex is also different. Many of a woman’s hormones are used for lactation. Breastfeeding and baby take a back seat to sex and the man in your life. I tried explaining this to my friend knowing all the while I wasn’t so sure.

Though I adamant about not wanting out previously stellar sex life to sink, it was. Every now and again I did what I could. I took one for the team hoping eventually that the slump would end. I relied on repetition. At least it made my husband happy.

But secretly, I was starting to freak out. What if sex had changed forever? What if I was never going to enjoy it again?

Then, my American girlfriend had her new baby girl. Her name was Stella and she was quite a looker, rounded, pink, cherub of perfection. We saw her during her first week of life and were all taken by her.

“Ma, she is bee-oo-ti-ful!” said my husband in the car ride home.

My Oedipus cooed in the back seat.

So we all agreed.

That night we went to bed and I took another one for the team. Only this time, my good sportsmanship was being rewarded. I was playing well. The next night, I wanted to go to bat again. Same thing the following night. Incredible! It was as if something inside of me opened up… as if Stella got my groove back.

Elated, I called my sister. “I don’t know how it happened exactly… but I’m back in action! And I feel great!” Even my back was feeling better.

“Well,” my sister said, “They say it takes nine months to recover from maternity.”

“Or,” she theorized. “One look at that baby and you wanted another one and your biological urge heightened your…”

I refused to acknowledge her ridiculous notion. I’d sworn to remain a mother of one. A second child was not in my future.

But then I started thinking. “Should I have another one?” and “Why was little Stella tempting the maternal side of me?””

But what about the “me” side of me? After almost 10 months I finally felt like a full-fledged woman, not just a mother. Did I really want to risk changing that to go through the roller coaster all over again? Ask Stella.