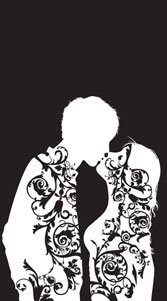 A mental calculation and a sigh...
V

icky couldn’t really say what her type was exactly, but Dan, with his shy green eyes, small and compact body, and sporty-spiky blond hair was not it.

Just six inches taller than Vicky, his soft-spoken demeanor did nothing to ignite her as they sat across from one another at a friend of a friend’s birthday party.

By the end of the night they’d chatted enough to entertain one another, and managed to discuss what they were doing with their lives, where they lived, how much they paid in rent, and the best subway routes.

Dan’s baseball cap and jeans masked a diligent Genetics researcher at one of the most renowned hospitals in the country. His biceps seemed more Jersey Shore than Johns Hopkins. Vicky wasn’t sure if it was the third beer or the ever so slightly masochistic pleasure she derived from her guilt over stereotyping the shy scientist, but all of a sudden she longed for him to prove her wrong.

They exchanged numbers and emails.

Their first contact took place near the weekend, when both were home working and afraid to brave the snow. He sent her chat message saying hello. She answered him and waited. Regular pleasantries (banalities) were exchanged for a while until both of them came back with the proverbial variations of, “it’s so cold,” and I wish I could find a way to warm-up,” followed by the oh-so-telling ellipses….

The next night they turned on their video cameras and sprawled out on their sofas in low light and spoke in low voices until late.

He lived on the Upper East Side, directly across town from one her best friends. About 10 Avenues across town, which is no quick stroll. She rarely found herself that far east and didn’t plan too until she found herself with an hour to kill one night before dinner.

A business meeting had wrapped up earlier than expected and her best friend and dining companion was running late. Vicky assessed her position on the Lower East Side, and after watched several buses whiz past, she sent Dan a message. Would he like to meet for a drink before dinner? She had some time and was on her way uptown.

His reply came within five minutes. He was packing for a weekend away, and ought to stay in…

Dan responded that he would like that and gave her his address.

Vicky boarded the First Avenue bus. After three stops she realized it was going local, and the 60 blocks remaining would take up most, if not all, of the hour she had. In an act of transit savvy she jumped off and grabbed an express bus, which made the trip in minutes.

She checked the time and walked the remaining blocks to his building. They still had 40 minutes. He met her at the front door and walked her upstairs. With her heels on they just about stood face to face. She shed them once inside his place, along with her winter coat. She was dressed up for dinner in a black jersey mini dress with a silver sequined collar. Opaque tights clung to her legs, which stung from the cold.

They sat down next to each other on the couch-his place was small but made up for it with a view of the East River. He offered her something to drink. She refused both and tucked her feet underneath her.

As they spoke their eyes darted around the room. Every once in a while he rose from the sofa to fold a pair of jeans or a sweatshirt and shove it in a duffle bag. She watched the way his jeans hung on his hips. His little body was rock solid, and just when she was wondering what it might be like to feel him on top of her, he knelt one knee on the couch to her side and cupped the back of her head in his hand.

His kiss was rough, commanding. She shut her eyes and felt his other knee on her other side. Before she knew it, her dress was draped over the top of the couch and he’s found his way into her tights. She wrapped her legs around his taught little waist and let him carry her (effortlessly!) to his bed. It was strewn with books and clothes, which he cast to the floor. Along with her tights.

The digital clock flickered. A mental calculation left her with eight minutes and a long sigh. She prepared herself for what so many women suffer when time is off the essence.

Then she felt his head between her legs, his hands hard on her thighs, and his mouth… expertly placed.

His research was evident. Methodic to perfection.

Her eyes flicked open. The East River flowed furiously outside the steam-coated window.