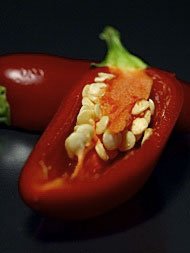 ne of the first things Fabio’s mother ever asked me was whether I knew how to cook. The next question was what.

I told her. She seemed unconvinced. Only later did I realize just how important it was for a mother to know that her son was in good culinary hands.

It wasn’t only about affection, but proving that he was also well fed. Not an easy test.

When I first moved to Italy, I wanted to introduce “my dishes” to Fabio and his family. I’d make chicken salad with eccentric ingredients and Mexican dishes my father taught me. Though I always made enough for everyone, I found no takers apart from Fabio.

One night after making a Mexican meal, I asked his mother and his sister to join us. They stared at me, then at my food. “No grazie. Siamo a dieta.” They were dieting. They then went about making their separate, non-fattening meal… pasta. This went on for about a year. We’d sit down together with separate meals. Like a restaurant at home.

One day I decided if I couldn’t beat them I’d join them. After all, if I was going to make my life here I should learn local dishes. During her next visit to Rome, I asked Fabio’s mom to teach me a few typical Calabrese dishes, or at least some of Fabio’s favorites.

In other words, I wasn’t up to the task. I decided to sit back and watch her each time she was in the kitchen. Then, in her absence, I practiced the dishes I’d seen her cook and tried them out on Fabio. Though she noticed that I’d changed my menus, she still avoided my cooking.

Until one day, after relentless insistence, she gave in. The contorno, or side dish, was rather easy to make. Verdure con pane grattato alla Calabrese (greens with bread crumbs with a Calabrian touch). Something simple but very yummy. “Mmmm. Che buono. ‘Sta americana non cucina male, eh?” she said to Fabio.

It was the best compliment she could have given me.

250 grams of spinach (frozen or fresh)

100 grams of broccoli (frozen or fresh)

Pinch of salt or more (to your liking)

Bring water to boil in a medium-sized pot. Once boiling, toss in the spinach and broccoli and let them sit for about 20-25 minutes. The idea is to mush the greens.

When the veggies are finished boiling, toss them in the spaghetti strainer to remove the water. Finely chop your half clove of garlic and throw it in the pan with olive oil. Crush the peperoncino and add them to the pan. Mash the veggies and stir them in.

Let this sauté for about 5 minutes. Add a pinch of salt, a handful of breadcrumbs and a little more olive oil. Stir it all together and let it sauté for another 5-7 minutes. Now, it’s ready to serve!