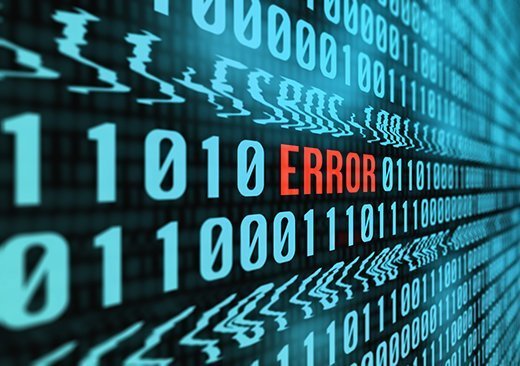 may have spoken too soon in my last column. Ditch the jacket, I said. Rid yourself of the old and make room for the new. It’s springtime and it’s time to make a change. Embrace it! Change is good for the soul.

That was before my computer crashed and I lost everything.

Okay, not everything. Just the stories, notes, lesson plans and essays that I’d been keeping on my hard drive for the past three and a half years. Some tax info, maybe a few pictures and poems. Up-to-date resumes and cover letters. Things that made up my life.

Why didn’t you have a backup, my friends asked. It’s worth purchasing an external hard drive, someone told me sternly. Use the Cloud, said someone else.

I’m not very familiar with the Cloud, and I didn’t think I needed a backup.

I’m not very familiar with the Cloud, and I didn’t think I needed a backup. I actually have an external hard drive somewhere in my apartment. I just haven’t felt the need to use since three and a half years ago, when coffee spilled on my laptop, after my cat jumped on the table where I was writing and the hot liquid leaked inside my computer, causing it to crash. I of course panicked. I went straight to the Apple store, where they referred me to another shop that was miraculously able to retrieve my data. It was magical.

This time, things went differently. I was simply updating to the new operating system. The updates took a long time and when they finally finished, the computer prompted me to type in my password, and then the updates would be completely done. So, I put in my password. It didn’t work, and I tried another. There are so many passwords these days, and it is so hard to remember which goes where. And then the screen of doom appeared… A circle with a line through it, prohibiting me from doing anything.

It was 9 p.m. No stores were open. Things were seriously grim. I got on the phone messaging with chat-support, my only option to connect with a technically-proficient person. We tried for two hours to solve the problem. Nothing changed. They gave me options: one was at the Apple store the next afternoon, and the other was at another store early the next morning. I had been in the middle of writing something and wanted my computer fixed as soon as possible, so I chose the latter.

At 8:25 the next morning, I was in my car parked right outside the store, which opened at 8:30. Everything was going to be okay, I reasoned. It wasn’t the same store as the other time, but things would still work out. The guy opening up the store looked capable. He’d probably been born with a computer in his hand, a part of the post-millennial human takeover. Which is fine by me if he could fix my tech problem.

But he wasn’t sure he could fix the problem. He didn’t even seem to understand what had happened. Nevertheless, he assured me the actual tech guys who worked behind the scenes would do their best to take care of it. I left my computer there and went about my da

Later in the afternoon I phoned in.

The tech guy opening up the store looked capable. He’d probably been born with a computer in his hand, a part of the post-millennial human takeover.

Bad news,” said the generation Z clerk. “Your drive is corrupted. We can’t get your data.”

“I don’t understand,” I said. “What do you mean? Nothing happened to it. I was only installing an update to the operating system. There’s no reason that not knowing my password should make it all break down.”

“It’s corrupted,” he repeated. “We can’t get the data back. But we can fix your computer for 199 dollars.”

I felt a huge sinking feeling in the pit of my stomach. This just didn’t seem possible. And yet it was happening, and it was all out of my control.

“No thanks,” I said. “I’ll be over to pick it up a little bit later.” I ended the call and called Apple instead. “I need an appointment at the Apple store as soon as possible,” I heard myself say. Before I knew it, I was driving from Santa Monica to the San Fernando Valley, picking up my sick computer and taking it across town during rush hour for treatment. I wanted to save it so badly. The Apple store was my only hope.

In the car, stuck in bumper-to-bumper traffic, I cried tears of frustration. I had written many stories over the past three and a half years. Some of them I’d submitted to publications. Some I’d emailed to friends or teachers. And some I’d just kept on my computer, not ready to show to anyone yet. Now no one would ever see them. And I’d never be able to reconstruct them. They were lost, gone, finished in an ephemeral sense. I had to accept it.

Change can be beneficial. Yet accepting change as a result of loss can be difficult. I’ll never get back those three and a half years of saved material.

But one friend said something kind to me: “You still have your creativity.” YES, my soul replied. And though the Apple store couldn’t get my data back either, they were able to repair my computer for free. I lost my data, kept my creativity, drove all over my sprawling city and saved 199 dollars in one crazy spring day.