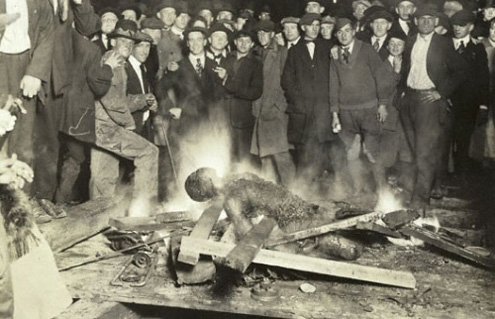 With help from southern Democrats...
W

ith the presidential campaign in its waning days, much is made of an under-radar view that Barack Obama is a Muslim, an African terrorist in a political business suit, a heathen named Hussein stalking Christian corridors. It’s hard to know what to deplore more, the sentiment itself or self-righteous indignation that it exists.

Long before the September 11 terrorist attacks the United States was the illuminated planet’s most effective conductor of witch-hunts, a parking place for racial and political conspiracies. Democracies have the bad habit of concurrently encouraging tolerance and lunacy.

In the 1930s, crooks were anarchists, or Communists. Catholics were closet papists unfit to lead (except in New York and Massachusetts). Jews were squirrels deserving of caricature. In the post-Pearl Harbor 1940s, Japanese-Americans, were subhuman, “Nips,” like the San Francisco Chinese before them; West Coast camps were built to house the sloe-eyed (take that, Guantanamo). The war’s end fanned commie hating and redbaiting. Washington got drunk with McCarthyism and punched out its own. What you didn’t like was Communist, with godlessness a bonus. The FBI created lists; the Justice Department prosecuted. Not 1850, 1950.

Vice President- and President-to-be Richard Nixon denounced and dissected a State Department employee as a Soviet spy. Alger Hiss was withered. Successful at this, Nixon applied the smearing in running for the Senate against Helen Gahagan Douglas — “Pink right down to her underwear,” was Nixon’s signature line. (“I cannot forgive him that,” she wrote to my mother in 1974). The House Un-American Activities Committee flourished (with no objection from two young, upcoming politicians from Massachusetts, Robert and John Kennedy).

In the south, the Ku Klux Klan not only lynched those it didn’t like but counted on kowtowing from southern Democrats, including mayors, governors and congressmen whose careers it helped make. On Christmas 1951, black activist Harry Tyson Moore and his wife were murdered by a KKK bomb in Florida — they were later honored in a Langston Hughes poem: “Florida means land of flowers/It was on a Christmas night/In the state named for the flowers/Men came bearing dynamite…/It could not be in Jesus’ name…“

Being shocked that bit-part sprawls of exurban America is still rife enough with racism and xenophobia to brand a black presidential candidate with a strange-sounding name as an enemy of the state or worse is as naïve as assuming Holocaust denial (or rationalizing) is limited to fringe politicians and academics with anti-Semitic pedigrees. Austrian neo-Nazism is no accident. Nor is Italy’s Northern League.

Bigotry is often the path of least resistance, a means to participate in a larger, exclusive mood that celebrates the prejudice as proud liberation from the critical imposition of cities and know-it-all gurus. That mood depends defensively on caricature. And Illinois Democrat by the name Barack Hussein Obama is centrally available to its manias (something Obama himself has pointed out).

What matters more than the existence of closet bigotry and public ignorance (often in combination) is its overcoming at the ballot box. McCarthy came undone when challenged directly by Ed Murrow and later the Army. Nixon was unraveled by his own paranoia. Civil rights got a foothold when a president from Texas decided enough was enough and throttled Congress into action. Ethnic and racial baiting was in turn largely neutralized by urban interdependence. Endless warfare became untenable.

True, the McCain campaign hasn’t helped matters by bringing up Obama’s slim links to Bill Ayers of the Weather Underground, nor have Sara Palin’s suggestions that Obama is exists beneath some mythic blue-blood standard.

But that’s not really what lit this fuse. Or what it’s about.

Instead, it’s America’s lusty, frontier-era adolescence at work, as ever resistant to real and imagined intruders. What you don’t know you denigrate. What you can’t fully understand you label disagreeably. Bias is caution made ugly. Prejudice is the assertion of free speech, which in turn is the right to bear verbal arms. It’s the quickest of American minority triggers, something the Chicago Tribune seemed to recognize a 150 years ago when it endorsed Abraham Lincoln, a tall Republican from a small cabin: “In all his relations with his fellows,” it wrote, “he has not yet been guilty of that thing upon which an enemy can place his finger and say, ‘This is dishonest,’ or ‘This is mean.’ Herein, he is the most unspotted man in the Republic…”

Spotting on politicians was commonplace even then, so was their underscoring. The difference may lie in the pretend-disappearance of bigotry, which is only submerged.

This leaves the incorrigible with Barack Hussein Obama; an imagined Black Muslim irresponsibly inflated into a cartoon bogeymen sculpted from eight years of post-9/11 alerts. The downside is the painfulness of the ignorance (“I like McCain because I can say his name,” a Pennsylvania voter allegedly told the BBC.) The upside may actually be the “menace” itself coming to life as president, transforming caricature and preconception forever.