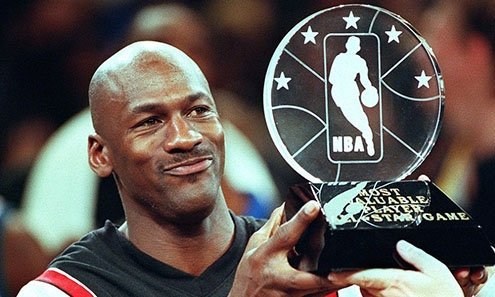 Medical students are faced with learning a new language.
M

VP. The first time I saw this abbreviation written out during our cardiology course, I did a double take. It happened the second and third time, too. I grew up in Chicago during the heyday of the Chicago Bulls. When I think “MVP” I think “Michael Jordan” and a three-pointer at the buzzer. But in medicine, MVP doesn’t stand for most valuable player. It refers to mitral valve prolapse, a problem with one of the heart’s valves. When the heart’s mitral valve opens, blood flows from the left atrium into the left ventricle so it can then be pumped to the rest of the body through the aorta. In mitral valve prolapse, a portion of the mitral valve balloons back into the left atrium. (With a trained ear, you can hear this valve problem with a well-placed stethoscope. I’m not quite there yet, but hope to be soon.)

But the aberrant abbreviations don’t stop there. I seem to come across a new one every few days. Each time, I have to retrain my brain on what the letters mean in medical terms. Here are a few more I’ve encountered lately:

NHL. No, we’re not talking about the Chicago Blackhawks making another Stanley Cup run in the National Hockey League. This NHL is something much more sinister: non-Hodgkin lymphoma, a cancer of the white blood cells. Thankfully, many of these cancers are now curable — especially the most aggressive types. Even the indolent forms can often be managed for many years.

UES. Now that I live in New York City, I’ve discovered that it’s all about your neighborhood. Weill Cornell, where I attend medical school, is on the Upper East Side — UES for short. In studying the gastrointestinal system though, we learned another meaning for UES: upper esophageal sphincter. This portion of muscle keeps the esophagus (your food pipe) closed when you’re not swallowing. Swallowing makes the muscle band open and allows your food to pass down toward the stomach for digestion. There’s also a lower esophageal sphincter (LES, not to be confused with New York’s Lower East Side). The lower esophageal sphincter helps prevent acidic stomach contents from bubbling back up and causing acid reflux.

IRS. This is probably among the most notorious abbreviations in the United States. I don’t think anyone wants to think about the Internal Revenue Service a moment longer than the time it takes to do their taxes. But in endocrinology, IRS meanders elsewhere. IRS proteins (insulin receptor substrate proteins) are involved in absorbing sugar from the blood. When we eat food, the hormone insulin is released as a signal that tells cells to take up nutrients (glucose) in the blood. IRS proteins help regulate the cell transporter, called GLUT4, that absorbs the glucose from the bloodstream.

PE. When I was a kid, I had very mixed feelings about gym class, also called physical education, or PE. I think a lot of kids did. Running and jumping, kicking and throwing were good releases from sitting at a desk all day. On the other hand, spending all day with wet hair and smelling like chlorine after an hour of swimming laps was a drag. In medicine, PE doesn’t involve gym class. It refers to a pulmonary embolism, or a blood clot in the lung. A pulmonary embolism usually originates in the leg. A clot can come loose, pass through the veins of the body, through the chambers of the right side of the heart, and finally become lodged in the veins of the lung. A pulmonary embolism is a medical emergency — untreated, the mortality rate can be as high as 40 percent, according to my physiology textbook.

Pulmonologists actually have a slew of abbreviations that can confuse the newbie: SOB (shortness of breath) is one of my favorites. They’ve even coopted the abbreviation TLC. Rather than “tender loving care,” it’s “total lung capacity” — the maximum amount of air you can breathe into your lungs.

Every profession has its lingo and its abbreviations. Doctoring is no different. As one of my instructors told me recently: “If anyone asks whether you speak another language, just say, ‘medicine.'”