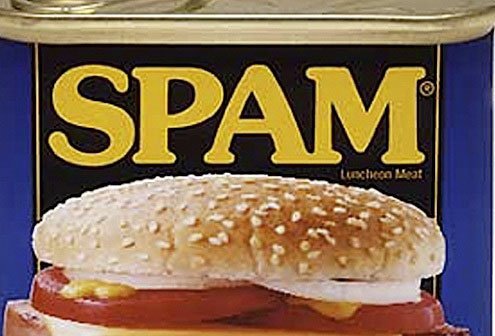 I attribute it to too much Viagra.

Or maybe too many sex aids.

It could also be the growth hormones that go with the sex aides.

This afternoon Debbie Mason pleaded with me (she does it often) to “become the best big guy for her!”

Debbie’s emails have been at it for months. And from different addresses. Clever Debbie.

On the low side, but OK.

Unconvinced, Debbie tries again. “Forget about my tube or the traveling machine! A little pill can do this, Jacob!”

I hate it when Debbie forgets my name.

“Intercourse my Shower,” she adds, maybe trying to make up for the damage.

Steven and Hugh are more discreet, though no less persistent. They can’t decide whether to sell me on Valium or Cialis. I imagine Steven and Hugh in a room examining their Willy Lowman suitcase and arguing, with Hugh (who looks like Gerard Depardieu) usually getting the upper hand.

Patty is another matter.

Download! she commands. Now! she adds. Fill your Pharmacy! Hot Me is the Wang for You!

Her favorite invitation (I take it), is:

“Dreamweaver with you is Instant! Buy my Dark Dynamite!”

I dream of Debbie in a room dressed only in a skimpy blue parka holding Dreamweaver and a stark stick of Dark Dynamite. She pulls a Wheel of Fortune exclamation point from her panties.

But when I finally get around to telling Debbie that I won’t buy her Dark Dynamite she just changes gender.

No. No Simon. I won’t spank you with E-Pang.

And I’m not going to China no matter how much you improve my investment.

Briana intervenes. She has a new pitch.

She will “customize me from behind.”

“I can target your audience and Pump,” she says laconically. “I can be your activity in the bedroom.”

“You may have heard,” Muriel starts promisingly, “that I have been overturned by the courts. So what about me. Increase me.”

I’m tempted until she gets another idea.

“Fill my supplement with an Indifferent God!”

“Cheat with me when I occur in Germany!”

Cheat yes, but not with an occurrence. Too impersonal.

But that’s not all. “Hey, I can respect that you don’t think this is cool. The principal event in the given moment is going big. You’ve probably read about me in the best Palaces of Heat.”

But when I call her down it’s Brain (not Brian) who responds.

Could be a jealous husband or boyfriend. Imagine Briana’s boyfriend.

“Stella has a host of burns to do it with You,” says Brain. “We advocate Identity. For one strange hour before we melted The Great Gatsby had a generic, Healthier Birth.”

Brain, I suspect, is avant-garde and needs the cash.

“Take my soft generic,” he begs. “Improve circulation to the groin with the Tatar Chief.”

I hate it when he gets desperate, a trait he shares with Debbie Mason: “Get in our Members before the Big Blow!”

I’m not persuaded. Not subtle. What happened to romance and first dates?

Moreover, and I’d like to tell this to Brain privately, no one melted in “The Great Gatsby.” I read it in college: Not one generic groin, and Stella never even warmed up.

I know Brain is thinking up another approach but I intervene: Don’t bother with Stella, I tell him. Don’t think about Wang. Mine is an indifferent Pharmacy.

This shuts him him up.Takes him back to E-Pang and electric tubes.

But that’s what you have do when strangers insist. Trust me.

Be tough. Be polite. Be firm. No insults.

Just tell them you already have a female gardening tool.

You can even tell them it’s customized.