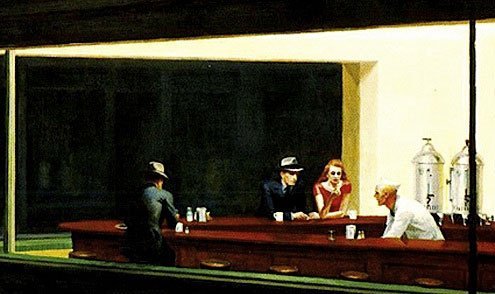 r. Morrie, the gardener, said not to bother Mrs. Gorman. That didn’t seem very hard since Mrs. Gorman never came out of the big white house on the corner.

Petie said she must be dead, a going theory when people stayed at home for weeks at a time. But that didn’t seem right because dead people usually didn’t play with light switches, and the Mrs. Gorman’s lights flickered on and off with some regularity.

My father, approached on the subject, offered an even more bewildering view: Mrs. Gorman, he explained with phonetic gravity, was “sinically depressed.”

He went on to explain that “sinically depressed” people hid inside their souls and probably didn’t like dogs, making life meaningless.

Petie, who was curious, wanted to know how to hide inside a soul, if it maybe required a shovel, but my father simply suggested that we all read up on the works of a Doctor Floyd. This was a mysterious statement, as we didn’t know any Doctor Floyd, or his connection to Mrs. Gorman.

My father said Doctor Floyd, who was from Europe, has written about life in the “unkonshus” state, which sounded worse than school, so for a while we concluded that Mrs. Gorman was either hiding in the basement or had moved, maybe to Michigan, or even overseas, to New York.

One day we asked Betsy, who had blonde pigtails, to knock at Mrs. Gorman’s door. We told Betsy about Doctor Floyd and the unkonshus soul. We offered her a shovel to protect herself. Being a girl, she said she’d go alone.

Betsy, we thought, was brave. What if the soul came out? What if it was angry? What if Doctor Floyd was in the house? Remember, we told her, Mrs. Gorman is depressed.

“What does that mean?” asked Betsy.

Petie fell silent, which was strange since he usually had all kinds of answers. Maybe he hadn’t expected the question, or perhaps he just didn’t want to give away important secrets to a girl.

Betsy seemed satisfied, but only briefly. What, she wanted to know, happens then?

“Well,” said Petie, turning serious. “Your mouth gets really dry and you get a big rash.”

Did this mean depression was contagious?

No, said Petie, pulling on Betsy’s pigtails, it was just, well, like a worm; if you ate the wrong stuff you got depressed, and hungry. But she really needed to read Doctor Floyd, from Europe.

Betsy said she didn’t want to read Doctor Floyd (she usually talked only to her doll, Maria), so she went to the door. Petie said it was time for us to hide in the briar bushes outside the house.

But how could we protect Betsy from the depression rash, or even worms, I protested? By being in the briar bushes, said Petie, we were being “vagilent,” or something like that, which is what real men did at important moments. “Depression,” he said, “can’t touch us here. It’s like, well, really slow.”

Betsy stood at the door for what seemed like hours. Finally, it opened, and she disappeared inside.

Crouching in the bushes, Petie said it was now time to “spaculate,” which he said was to pick up twigs and stones and make them into mounds. The Indians, he said, “spaculated” in battle. They were never depressed. They were always “vagilent.” Except for the Indians of Europe, who ate worms and spoke the Hero Language, which was like Greek.

Petie was busy telling me more about the world when Betsy came out.

“Be careful,” he told me alertly. “Remember she’s still a girl.”

Mrs. Gorman, said Betsy, who was very calm and didn’t have a rash (yet), had told her to say hello to us — she had seen us in the briar bushes.

But what about sinical depression, we demanded to know? What about Doctor Floyd, and shovels and souls and worms?

And for 40 years, depression vanished from our unkonshus minds, until we, too, grew hungry.