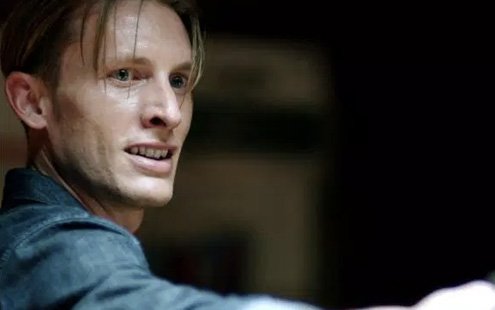 he art of the Texas or southern thriller —lean, cruel, and taught — is largely lost on Hollywood these days. The Coen Brothers did their part with “No Country for Old Men,” conveying novelist Cormac McCarthy’s sense of Gothic menace in an alarmingly effective way. Lately, television filled a part of the void with shows such as “True Detective,” whose Louisiana-based first season offered dark tidings, dark circumstance, and dark endings. But the Spartan coldness necessary to pull off southern dread has largely gone missing.

To its rescue comes writer-director Alex R. Johnson, whose debut full-length feature “Two Step,” specifically billed as a “Texas thriller,” is as good an all-around thriller as you’ll find in any language. Not particularly complicated, nor tricky, nor reliant on gimmicks, it operates instead like a vice, and is to the core about vice.

In the Austin suburbs a laconic and recently orphaned Baylor dropout named James (Skyy Moore) watches as his grandmother dies suddenly. He learns he’ll inherit a house and a modestly large sum of money. He befriends neighbor Dot (TV veteran Beth Broderick), a sassy dance instructor and one-time ballerina who’s been married three times and calls everyone Sugar. Theirs is a small but sweet friendship between a teenager and a woman nearing middle age.

Johnson uses the bond as a slow-fuse appetizer for what’s ahead. In parallel, he introduces Web (Louisiana-born James Landry Hébert), a sociopath released from prison after serving time for wife-beating. Webb’s been busy putting together a slush fund by scamming funds from prison thanks to instructions from former boss Duane. Now he’s out and Webb wants to collect on his prison cash, which wife Amy has been setting aside. Which seems feasible until Amy bolts and Duane suddenly demands his part of the prison scam earnings.

These not-so-loose ends come together when Webb, now desperate for money, rehashes his scam on James’ now-dead grandmother. And James puts two and two together. Suddenly, Webb and James are in the same house, setting off a spiral-like killing spree fueled by a classic combination of greed, bondage and madness.

What makes Johnson’s movie so good is that each one of his people, no matter the screen time they get, is fleshed out enough to inspire interest, if not fear. James is innocent, and pays for it. Dot is cynical, and it keeps her aloof. Duane is amoral, and that comes with a price. Finally, Hébert, as Webb, is as good a violent, nothing-to-lose loser you’ll find on film. There’s no fat here. There is no needless sentiment. There’s no effort to soften scrapes, minimize damage or ensure a sense of collective wellness. This is a small and ugly Texas story about people caught in unexpectedly awful circumstances with a lunatic at the core. Duane calls Webb “a hornet in an outhouse.” Johnson’s ruthlessly efficient film is a hornet of its own, and complicit a superb Andrew Kenny soundtrack helps the movie sound like the feel of a sting.