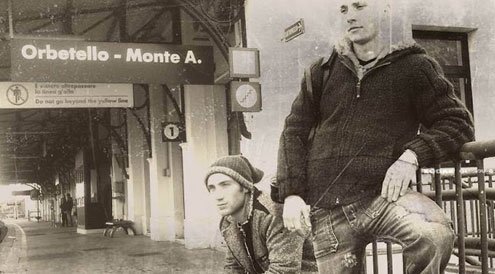 The Maremma is a tough, no-nonsense place in which asking local youth about DOC wines may get you exactly nowhere.
T

o all those who read this, please excuse me if I spill any secrets, but September is wine month in Tuscany and I’ve never been very good at holding my liquor.

When I first came to the Maremma I had the palate of an 18-year-old and a penchant for the super sweet Moscato di Asti wine you could buy from the supermarket for €2.

My husband wasted bottle after bottle of noble red and sprightly white trying to teach me to appreciate fine wines like an Italian.

It pained me to tell him that my grandfather, a born and bred Calabrese, hasn’t sipped anything but his own homemade red for 40 years. The stuff is so strong, it doubles as vinegar, and he drinks it with a healthy addition of store brand lemonade.

There is a pretentiousness attached to wine that I have never understood, but like the good little expat, I have done my very best to assimilate. The Maremma is famous for a particular upscale wine that has all the finesse and grace of our signature animal, the cinghiale, i.e. none. The

Morellino di Scansano is no Chianti. It’s not smooth on the palate with hints of whatever imagined fruit the average at-home drinker will never be able to identify. Make the mistake of drinking one glass too many and it will ram itself down your throat.

It reminds me of my grandfather’s red and even more of the Maremmani themselves. The Southern Tuscans have a harshness that is completely lost on their northern neighbors.

Farming and hunting was good enough for their ancestors — and far be it from some poncy, foreign-loving, university-graduating, web-2.0-spouting assessore di turismo to remind them that tourism is now their largest source of income.

I’ve been known to call my husband poncy on occasion, but the Maremma’s growing tourism figures speak for themselves.

Visitors flock to the province for an honest taste of Tuscan life. We have never been artisans or Renaissance folk, but we know how to serve good grub and plenty of wine, as long as you don’t expect anything fancy. The Maremmano is basically the country cousin of Florence — even if some city expats, sharing the country’s internal racism, sneer about its backwardness and inbred ways.

I was mortified on a recent trip to dialect-heavy Calabria when my husband preferred to die of starvation rather than ask if there were any free tables at a local restaurant. I kept reminding him that we were still in Italy and he spoke Italian. To which he replied we’d have a better chance of them understanding English.

Campanilismo — the Italian word for bell-ringing local patriotism — is bone deep in Southern Tuscany. I’ve attended dozens of summer festivals this year and seen my students appear only at those held in their own towns. I’m curious to see whether the slew of pre-autumn festivals proves any different.

All around, the Maremmans will be worshipping Bacchus and the mythical vendemmia, so fabled because the average youth couldn’t tell you the first thing about the wine harvest.

The locals celebrate their wine festivals the way they celebrate most things, boisterously and excessively. Florence can keep her swilling and sommeliers. Maremman wine festivals offer free and plentiful booze (I’ve heard whispers it’s the leftover stuff the local winemakers couldn’t get rid off).

Tourists will splutter over unfiltered wine and be shocked by all the drunken 16-year-olds and terrible husband-and-wife musical duos, but they wanted authenticity, remember?

The Maremma is unashamed of its roughness. Most locals grew up with stories of grandparents and great-grandparents who didn’t reach adulthood, killed off by malaria. These are proud and stubborn people100 percent convinced that if they ignore modernity for long enough it will go away.

They will continue to vote for politicians who don’t know the first thing about politics. One previous small town mayor looked (and acted) like Tony Soprano, while the man who replaced him is the personification of a wild boar.

The locals will never stop calling me “that Australian girl” no matter how many decades I spend among them.

That said, they do take the time to teach their children the nuances of their culture and its small beauties, which is more than I can say for most city folk.

So let me raise a glass to regionalism and country ways. In the coming weeks I will do my best to ignore the negatives and embrace the sense of identity that was lost in my cookie-cutter suburban childhood. But I may need just one more glass of Morellino to do it.