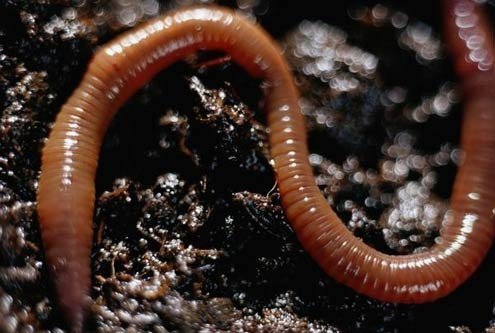 But are they in the mood?
I

recently discovered that this summer’s excessively hot weather is not conductive to the love life of worms. No, I’m not crazy, though I openly admit that three months of relentlessly hot and rainless days have taken their toll.

Here’s the thing: after much consideration and reading I decided to start a wormery.

Since we’re now very green, having installed solar panels, and our fossil fuel usage is near zero, I’m practically obliged to compost my greens.

That’s easy to say but harder to do. My previous attempts at composting have been disastrous.

You name it: Too dry, too cold, and too hot.

After the first year I could still recognized fossilized celery sticks in my rock hard “non-compost.”

Starting a wormery, all the rage among greenies worldwide, seemed to be the Promised Land when it came to compost. There’s no work involved, since the worms will happily chomp everything to beautiful fertilizer, or so I was told.

I was also told that aside from melon peel and onionskins they’d eat anything.

Easy, I thought, I can do that.

Since hardly anybody has a wormhouse in Italy, I had to order mine from the UK. With British worms in the package.

Finally, with everything in place, we carefully and expectantly set up the wormery in the shade near my beloved basil plants. The worms were basically getting the Ritz of the garden, the very best spot. Not only that, we also gave them wet newspaper, veggies, and made absolutely sure they got no melon peel. We religiously probed the substrate for moisture, with Google the Dog scrutinizing us studiously.

After nearly two months we now have 15 worms. Since one worm should deposit over 1,000 eggs every four months, that’s hardly an example of being fruitful and multiplying. So far, one banana peel and two slices of eggplant have been consumed. Not exactly booming business.

Perplexed, we began wondering about the mood of our worms. That’s when we figured it out.

It turns out British worms hate the heat. They don’t eat, don’t move, and don’t reproduce (probably don’t even flirt). For them, hotness and temptation are absolutely unrelated. After all, they’re hermaphrodites, creatures less sensitive to the ebb and flow of gender.

But still, what’s wrong with a little romance for a good cause?

The weather is expected to break soon. September is creeping up. Cross your fingers my worms get inspired and decided to go into a different kind of heat. Otherwise I’ll have to find seasonally adjusted worms, which the UK may not stock.

Meanwhile, Google the Dog gets most of the fruit and vegetable peels. Except for melon. Even Google has to draw the line somewhere.

— Blend the melon with sugar. Add the cream and vanilla and refrigerate for at least one hour. This will shorten the churning time.

— Process the creamy mixture in an ice cream maker according to manufacturer’s instructions. When the mixture is set, transfer in a box.

— If you don’t have an ice cream churner, freeze the mixture in a shallow tray. Then, break it into shards and blend. You might need to repeat the freezing/blending sequence a couple of times to get an airy consistency

— Keep in the freezer until ready to serve.