Sorry I missed you 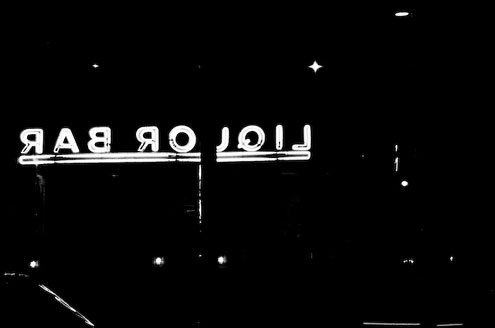 Sorry I missed you…
A

lex met Kyle in the back of a crowded bar on the Lower East Side. The place smelled musty and the furniture looked more garage sale than character-full vintage, as this particular bar had been described. Alex was there for the going away party for a guy in her office; Kyle because it was a Friday night, and that’s what his cousin, who worked in finance, did every Friday. They were both nursing a too-warm beer on the tattered couch. Every once in a while they would shoot toothy smiles across the room to no one in particular, to prove to someone, anyone, but mostly themselves that they were indeed having the fun they ought to be having.

In a fateful twist or a total coincidence, just as Kyle was standing up to go high-five his cousin’s friend Barry, Alex stood up to go to the bathroom. As she fumbled for her bag, her head hit the bottom of his beer, which sloshed over both of them. They laughed, because what else could they do?

They gathered cocktail napkins from the bar, which proved mostly useless as they blotted the beer from her damp tights and thighs of his jeans. They stepped outside to smoke a cigarette in resignation, and it was there under a flickering streetlight that they had a good look at each other’s faces.

Alex was immediately drawn to the creases around his blue eyes, and the way his curls moved in opposite directions in the wind. Kyle tried not to stare at her top, which pulled slightly across her breasts when she laughed. They chatted about why they both happened to be there that night, and he gave her his card. She grabbed a cab said that she would email him, which she did two days later.

Over coffee with friends she recounted their story, and the encounter was decidedly cute, and pretty much out of a movie. His card was tacky in a sweet way, and declared him as available for guitar lesson and sound recording. When Alex described his face, the consensus was clear all around the table: Kyle was someone to get excited about.

She tried not to check her email for the rest of the day, but that would have required deactivating the Internet settings on her Blackberry. Even the most resilient and will-powered would consider such a move excessive. And so every time it lit up red and the message wasn’t from him, she admitted slight disappointment. And yet it was only one day, and after all, she’d waited two to write to him.

A week later and nothing still. She opened Facebook to find a friend request and one short phrase: “Nice meeting you the other night. This is you right?”

Had she not been so ecstatic at this first contact, she might have been disillusioned by its impersonal nature. Instead she “accepted” his friendship and wrote him back a note that seemed appropriately casual, but laced with subtleties, silliness, and sweetness she hoped he would read and reread.

Two days later he answered and told her he was really busy, but maybe they could hang out soon.

Her instincts told her to answer his note with a text message, seeing as he’d technically given her his number on the business card, but instead she forced herself to wait 24 hours, and wrote him back something that seemed tactful and would hopefully prove telling: “Cool. That would be fun. Xo, Alex. 646-226-6733.”

If he was interested, he had her number, and maybe they could graduate to text messages and even, God-willing, a phone call.

Two days later it was Friday, and not a word. She sat with her friends over drinks and examined their brief exchange. He hadn’t seemed effusive, but maybe guys just weren’t. And yet he’d mentioned spending time together and she’d made it clear that she was open to the idea and facilitated all forms of communication. And nothing!

Around midnight her phone lit up red. An email to her personal account. It was Kyle! She read the message aloud: “Hey Alex. Been super busy. Should be around tomorrow. –K.”

The girls pounced to interpretation. He cared enough to answer this late on a Friday, which meant he realized that the weekend was a reasonable time to get together. But beyond that? Was she supposed to call? Would he? And why email? He’d reverted back to her initial form of contact, which he had initially avoided.

On Monday, his response via email:

“Hey Alex! I got your message. Sorry I missed you…”