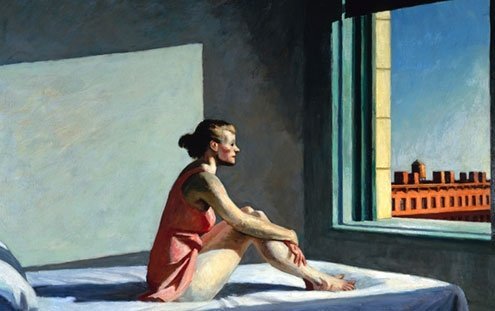 y cousin Sophie just got her graduate degree in graphic design. She quit a well-paid job in Ohio, moved to another state, and went into untold debt. But her teachers were critical and the academic program depressed her. She often wondered if she’d made the right choice.

When she finally made it through, I called to congratulate her.

“I’m not exactly sure. I need to get a job, and that’s going to be tricky in this economy. I have to start paying back my student loans. My debt is overwhelming.”

As she recited her concerns, her initial elation receded.

“I’m sure you’ll land something,” I said encouragingly. “It just may take some searching.”

“I hope so. One thing’s certain; I have to get out of Chicago. I’m so sick of being cold! Wherever I go, it’s toward the sunshine.” The long northern winters had gotten to her.

“Where are you thinking? Florida? Texas?

“Cincinnati?” I paused. “It’s not sunny in Cincinnati.”

She laughed. “Yeah, I guess not. But it’s cheap, and home is always a default choice. At least I know the city and maybe some of my old contacts can help me.” I sensed her grasping at straws.

“I suppose,” I said. “But after all this work with your degree, I would think you’d want to go for what you really want. You’ve worked so hard and gone through so much.”

She sighed heavily before answering.

“What do I really want? I guess that’s something I can’t really answer. After all this, I’m not sure. Maybe I’ll get out of graphics completely and become a yoga instructor. I’m just tired of all of it.”

The pause became longer. “To be honest, I’m waiting for The Universe to show me which way to go. Then I’ll know what to do.”

I was quiet. I wasn’t sure how to answer. She was at a crossroads, and I’ve had my share. Indecision makes you crave deeper meaning. You hope that the answer will magically appear with a message meant just for just you. It brings a sense of hope and a feeling of special purpose. Why not look to The Universe when no better answers seem forthcoming?

“I’m not a big believer in The Universe,” I told her gently. “I’m much more pragmatic.”

“I’m just looking for a sign,” she continued plaintively. “Something that would tell me what to do next.” Her voice had turned childlike, as if she were issuing a plea to be remembered on Christmas Day.

“Have you thought of asking people who love you and know you? There’s a lot of insight and wisdom to tap into from people you admire and trust. There are no signs to decipher. We all speak the same language. And, there’s a no waiting.”

She laughed uncomfortably. “I guess I could.” But she was clearly unconvinced. She wanted magic that ordinary people like me couldn’t deliver.

“I think I’ll wait for The Universe a while longer,” she said finally. “I just know it’ll send me a sign.”

“Good luck,” I said. “I hope when your sign comes, you can figure out its message. And remember, as a last resort, you can always call me.”