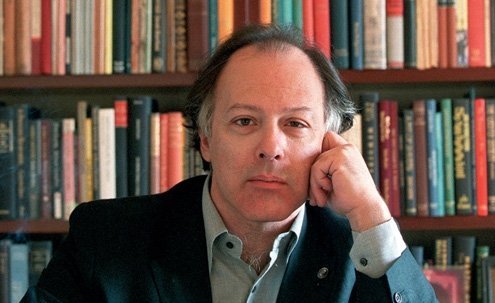 Madrid-born Javier Marías had intimate dealings with Spain of the post-dictatorship.
T

he narrator of Spanish novelist Javier Marías’s new novel “Thus Bad Begins” (Penguin Books: London, 2016) is Juan De Vere, a 50-year-old who has vivid memories of his Madrid youth in the decade that followed the 1975 death of Fascist dictator Francisco Franco. During the dictator’s four-decade-long rule, mere suspicion of treachery led to job loss, prison, or death.

In the novel, the youthful Juan is hired by charismatic filmmaker Eduardo Muriel and enters his Madrid apartment as live-in, note-taking assistant. It’s a job that gives him ambivalent insight into the often duplicitous dealings of post-Franco Madrid society.

Marías describes the city with street-guide accuracy, and peppers his tale with actual figures. Fictional family friend Rico was in fact a well-known Spanish literary critic of the period. Muriel resembles the author’s philosopher father, who was jailed and banned from working under Franco.

But is Juan De Vere a reliable narrator for his Marías’ double-layered society? In romance languages, the surname “de Vere” suggests truth-teller. Yet Juan tends to whisper and confide. Just how discerning, or straightforward is he, really?

He’s bewildered at Muriel’s hostile, asexual approach to his wife Beatriz, a woman Juan calls temptingly “ripe and soft.” Why, he wonders, does Muriel repeatedly refuse the midnight knocking on his bedroom door? Juan, prone to ingratiation, won’t ask his employer — or anyone else — to explain the martial tension.

Muriel himself is an eccentric. He likes lying on the floor with a compass-adorned pillbox atop his left eye patch while pondering a painting of a warrior on horseback. The rider is half-turned as if to stare back. The painting also mirrors the uncertainty between the younger assistant and his older boss. Muriel’s ponders whether it’s wiser let the past be, or to work to get to the bottom of rumors.

He finally asks Juan to monitor a family intimate, Doctor Jorge Van Vechten, who makes frequent evening visits to the apartment. Stories persist that the doctor once behaved vilely with one or more women. Muriel must know that these vague allegations won’t be very helpful to wide-eyed Juan, who hardly seems aware that Muriel’s world is colored by same kind of deceits, lies, and irregular sexual bargains that marked the preceding four decades of Fascist rule.

Juan’s reporting contains its share of odd gaps. The novel is nearly a quarter done before Juan notes — as an afterthought? — that the three Muriel children also live in the apartment. He describes only the eldest, 15-year-old Susana, because she so interestingly resembles her “ripe” mother.

Time will pass before Muriel gives Juan more specific instructions into how to spy on the lewd Van Vechten. Take the doctor around when you go to nightclubs, Muriel tells him. Watch his behavior with women. Juan asks if the assignment has “anything to do with “the War,” the bizarrely evasive euphemism for Franco’s post-Spanish Civil War rule.

“Young Juan, almost everything has to do with the War, one way or another,” Muriel replies. “I hope that the day will come when this is no longer the case, but I am afraid that I will not see that day. Nor do I believe that you will see it.” By novel’s close, with Juan in middle age, Marías confirms this unhappy prophecy.

Yet young Juan does as he’s told. He introduces middle-aged Van Vechten to Madrid’s popular youth hangouts. There, the doctor scores numerous sexual appointments with pretty young women. His success surprises Juan, odd since he has already discovered first hand that the older man has conquered tempting Beatriz. Their trysts take place in a countryside religious sanctuary, in brutal, brief intercourse. Secrets bump up against other secrets.

The tryst sanctuary is also a stronghold for extreme right-wing sympathizers of Chilean dictator Augusto Pinochet, a Franco political look-alike. Suddenly, where the amoral doctor stands is quite clear.

Under Franco, collaborators were privy to an array of minor secrets that many Spanish families concealed for fear of their political consequences. Sexual blackmail was a convincing threat in deeply Catholic Spain. When Juan asks the doctor how he inveigles these sex encounters, he offers a repellently toothy smile: “Even if they don’t want it, once they’ve been convinced, oh — then they want it.”

How will Muriel react to Juan’s discoveries? By refusing to hear them out, dismissing “all that” with a wave of hand. Like much of post-Franco Spain, Muriel decides it’s best to forget the past. For Marías, “Thus Bad Begins.”