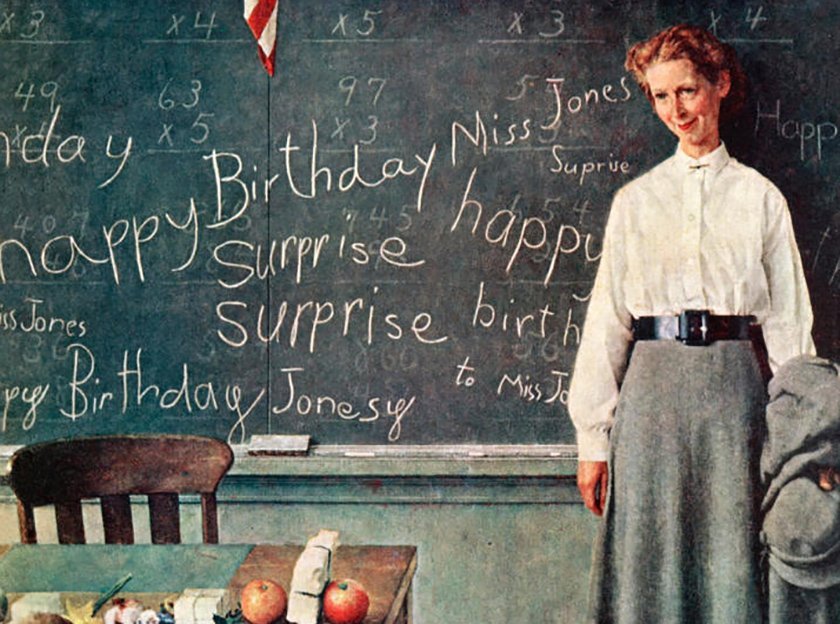 ate last summer I sat down to think about how I’d teach my psychology classes in the coming semester. We now live in the COVID-19 age, so things are not as they were before.

Honestly, I hadn’t really recovered from the shock of the spring semester. Italy’s lockdown gave me no choice but to come to terms with awkward software that made posting my teaching material a constant ordeal.

The idea of the program was to create forums in which students could participate by posting readings, homework, videos, and other relevant course work. Maddeningly, there was no way to directly upload a video attachment or even record a lecture. Trying to put together classes that might be digestible for an online audience took me endless hours. Making things worse, my students had left Rome and scampered home into into different time zones. To hold live classes at preset times was next to impossible.

So who then do I invite to this “event” that isn’t an event? Myself of course!!

Then came the program, which drove me crazy from the start. The anti-intuitive program reminded me of car settings where you’re asked to use the same two buttons to manage all functions, whether adjusting the time or figuring out the gas mileage. The buttons have to be pressed in a certain sequence to get whatever it is you need. You have to repeat the process each time around.

I had hoped the fall semester’s program would be a bit more user friendly, but it’s not. In fact, it’s even more tech heavy.

It calls for the same endless scrolling and more repeat commands. You constantly have to check the instructions, which are like the ones that come with electronic gadgets — except these are scattered on different online pages.

The mental stress involved in trying to make the program work the way you need it to has its own place in hell. The constant pressure of being hunched over my computer ended up putting me in a wrist brace and an orthopedic collar for weeks.

A lot of this has to do with how the manuals are worded. Question. Does anyone read them? No! Why? Because they’re largely incomprehensible to anyone other than their authors. To me, there’s a fundamental flaw in the writing of all gadget manuals: the people gifted in gadgetry or software too often lack the writing skills to clearly explain how their wondrous machine or program functions. They may be great creators but they can’t communicate.

Just for fun, let me give you an example of how my program explains how to record a video.

First, you must exit the teaching program and enter Microsoft Teams. Teams — a word to which I have an aversion. When I hear “We’re a team” I know someone wants me to do something they should be doing, and I flee in terror. Plus, recording yourself to teach a class to others is the opposite of a team effort. Simply put, all I want to do is record myself (and no one else) on a video.

But okay, I do want things to work out, so “Teams” it is. Now then, to record in Teams, what would you expect to do? Look for a “Record” icon, right?

You must first (get this) “Start a Meeting.” Though I’d reached my threshold for all things illogical, my brain circuitry burning and sparking, I actually started a meeting. I wasn’t really meeting anyone, of course, but they said just do it, so I did it.

Now what? The next step was to “Invite Someone.” Let that settle in a bit. You’d think perhaps in my case I might have to invite my students.

But no, this isn’t a live meeting, it’s a recording. So who then do I invite to this “event” that isn’t an event? Myself of course!!

At this point I thought it might be time to invite one of my many dissociated alter egos, because this process had by now shattered my mind into tiny, enraged fragments, one of which would be invited to my meeting (I guess we’re now a “team”).

I’ll stop there, though that’s not where it ended.

I’ll leave out the invitations to a slipped-disk and carpal tunnel syndrome. I won’t go into the endless scrolling needed to get anything done. I’ll spare you details of eye and brain strain. I won’t launch into a tirade about awful graphics.

The Luddite in me felt like taking a blunt object and smashing my computer into tiny bits.

And none of this is just in passing, like a transitional phase. Classes have started again and it’s clear COVID-19 isn’t going away any time soon. In fact, at any moment we could go back to all-and-only online teaching.

At a global level, trying to teach through this crisis has become a nightmare. And teaching is far from the only vocation facing big problems.

It’s not that I didn’t foresee what might happen in the fall. I thought about it throughout my so-called vacation.

But when I read the “new, improved” instructions, the ones I foolishly thought might offer some hope, I felt like crying. And I did.

But the Luddite in me (one of those shattered fragments mentioned above) was enraged. I felt like taking a blunt object and smashing my computer into tiny bits. But the poor thing is in bad enough shape as is. Pity stayed my hand.

Instead, the virus has converted them into thinking that having employees work from home is “smart.” After all, there’s no time card to regulate hours worked, just tasks to complete, and above all, no limits on how long it might take to complete them. It’s now clear people work harder at home than in any office. But without colleagues to talk to (and complain to) they’re under more stress, not less. This change is especially hard on small kids in real need of individual attention. The lives of their overly stressed parents turned upside down, they’re less likely than ever to get it. None of the parents dare complain for fear of losing already precarious jobs.

Welcome to the new world.