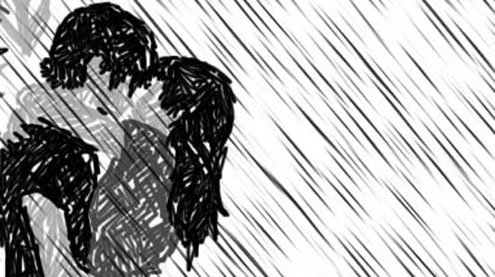 ugust in the city was hot. I didn’t need The Lovin’ Spoonful to offer up perplexing analogies between cats, kitties and the dog days of summer, but they did anyway.

I spent portions of the summer of 1966 watching Tony and Sarah kiss in the alley near the garage under the telephone poll behind my Washington house.

Tony was the neighborhood eighth grader who tossed stones at cars and Sarah the girl next door. Sarah’s father was a Canadian tonic water salesman known to me only as Mr. Ramer. He made no secret disliking Tony.

But Mr. Ramer’s line, “Tony’s a loser; I’m getting a Bourbon on the rocks,” sounded to me like “Tony’s the looser, and I’m getting a bonbon under the rock.”

Why Tony’s unnamed looseness would lead a man to forage for candies under rocks made little sense to my puppy dog English still under the influence of European roots.

Tony’s kissing technique was only as good as Sarah’s appreciation, which produced toothy collisions and telephone pole reprisals known as splinters. “Ouch, ouch,” Sarah would say when she came up for air.

If Tony groped her low, the bonbon-wise Sarah redirected his hands to more neutral anatomy. The strategic wiggling went on for hours, or so it seemed by summer’s crooked time.

Once, with a thunderstorm looming, the kissers fought. Sarah called Tony a “bum,” which I understood, while Tony called Sarah a “slup.” The word so enraged Sarah that she slapped Tony, hard. He just smiled and stalked off. The rain began. They were back at it the next day. “Slup,” I learned later, hadn’t been Tony’s exact word.

Other times, the kissers spiced up their gnawing with endearments and smacking sounds. Mostly, though, they contentedly dined on each other, their faces growing flushed.

Aside from studying the higher mechanics of mouth-eating, I wondered about the why of it. Why, that is, would Tony “the looser” so much want sluppy Sarah’s mouth? And why would Sarah so willingly forgo language and breathing in Tony’s presence?

When I saw Tony and Sarah separately, they never mentioned their rite.

“Hi, Christopher,” said blue-eyed Sarah as she walked by the house. I’d wave.

“Hey Loser,” said Tony, amused with my surname. I wanted to call him a “slup” but feared the consequences.

My language misunderstandings just got worse.

One day, playing “rocket ball” (a self-taught game involving an old tennis ball and a compliant wall), I overheard Sarah’s older sister Robin gossiping to a classmate about the kissers. Tony and Sarah, whispered Robin, had gone from making out to heavy petting. The making out happened outdoors while the heavy petting was indoors, when Mr. Ramer and his wife weren’t around. “She even showed them to him,” exclaimed Robin.

Them? I was clueless. A hidden lip? A secret coin? I also had no idea why Tony would want to pet Sarah, let alone heavily. Sarah didn’t have a cat.

“Those two will probably go all the way,” added Robin’s friend, giggling.

But where? Why? Was this why Tony was a bum? What about Sarah’s slup status? Would these events lead Mr. Ramer to forage for more bonbons under the rock? And, most important (to me), if the kissers did go all the way would they still to entertain me near the telephone pole?

The lack of answers made me mope, which I indulged only in the presence of my four Siamese cats, endowed, I believed, with the power to answer my innermost questions (usually inconclusively).

Sitting in the basement, surrounding by my whispering animals, I carefully pondered petting, kissing, bonbons, rocks, and the place you ended up when you went all the way. I did this for a whole afternoon. Back from work, my father usually found me in the alley playing rocket ball.

“What are you doing down here all alone in the dark?”

I usually responded with the word “nothing” said three times for emphasis. This time I said “heavy petting.”

Alarmed at first, my father made his way down the basement stairs and settled down beside me.

I never looked at slups the same way.