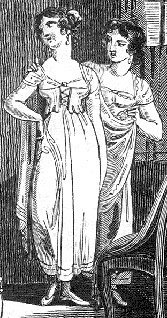 nyone who has lived in a foreign culture knows that certain words and phrases defy translation because they describe purely local phenomena. For example: In English, “looking good,” “putting your best foot forward,” or “pulling something off” hardly captures the Italian fare una bella figura.

And only legislation — the recent law on privacy — taught Italians that banking should be a personal matter. Italians did not always know that you could keep your turn for the teller without coming to blows with pensioners or that you should not have to deposit or withdraw with fellow customers leaning on the counter, following your every move with the diligence of a dog hoping for table scraps.

But not only the untranslatable words provide insight into a culture’s character. Differences among words for the same thing are also illuminating. Take common Italian, American, British and French words for a close-fitting woman’s undergarment: slips, underpants, knickers, culottes.

The Italian word slips never alludes to the practical function or sexual connections of this undergarment. Instead it reveals the Italians’ uneasiness with a national — rather than regional — identity as well as their esterophilia and fear of appearing provincial or backwards.

The introduction of the antecedents of modern female undergarments coincides with Italy’s unification — the 1860s and 1870s — and the adoption of what was essentially the dialect of Florence as modern Italian. Perhaps this is why Italy looked abroad for a word to describe the new garments, although there may have been perfectly good words in other regions’ dialects. With the French culotte perilously close to a vulgar Italian term for the body part in question, an English word was safer. It may too have seemed more modern, in keeping with Italian enthusiasm for British clothing inventions, such as the raincoat. Alas, as they did with “footing” — their neologism for “jogging” — the Italians got it wrong.

Little does my fellow customer at the tiny store where I buy such things realize that when she asks for a pair of “slips” I am not appreciating her correct accent but smiling at her (plural) request for an undergarment that will make her dress or skirt hang better and not stick to her stockings. Although I do admire her ability to make that initial “zl” sound unknown in English.

The American word is straightforward and workmanlike, pragmatic and individualistic like Americans. It is what it is, a pair of pants that are worn under — under what is a matter of choice.

The British, with their zeal for removing sex from anything, gave us “knickers.” If MI5 (or is it 6?) ever wanted to unmask enemy aliens, all it would need to do is ask suspected spies to say “sexy knickers.” Only a real Briton could pronounce the oxymoron without laughing out loud.

“Knickers” has an unavoidable Victorian ring to it, which is why non-English find the concept of sexy ones so humorous. The term is certainly related to the first purpose-designed female undergarments or “drawers,” which appeared in the early decades of the nineteenth century. These knee-length pants (knickers) with open crotches allowed women to answer their needs without fighting through layers of petticoats and crinolines.

“Knickers” also evokes “bloomers,” the costume invented by an American female-rights activist, Amelia Bloomer, in the 1850s. Also a response to the excesses of Victorian dress, it consisted of harem-type pants worn under knee-length skirts. These never took off and bloomers evolved into what nice American girls played field hockey in until track shorts crossed the gender line.

It should surprise no one that only the French are unabashed about where what we call underpants are worn. “Culotte” is a titillating and diminutive reference to the anatomical parts involved.

We English speakers must also thank the French for naming the general category of female undergarments; “lingerie,” which is derived from “linge” — linen.

The Italians have their own word for the general category of underthings. And then one must be careful to distinguish between biancheria intima (intimate whites) and biancheria di casa (household whites such as sheets and towels). Note that the root here is bianco or virginal, immaculate white.

Consultation with a dictionary reveals that Germans wear Unterwäsche — things underneath that get washed — which seems appropriately Teutonic and hygienic. I can only imagine what the Japanese, Arabic or Chinese names for undergarments say about those cultures. And as for those possibilities, the French say it best: Vive la différence!