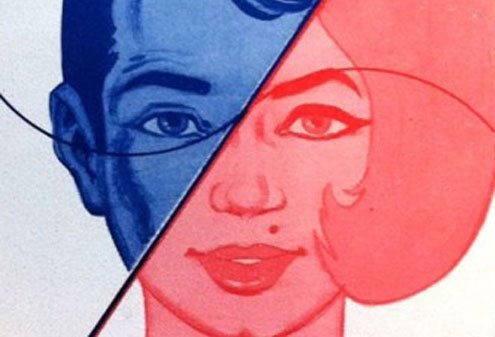 Much of the heterosexual discourse about sex between a man and a woman revolves around the biological mechanism of pregnancy.
O

ne night we were having dinner with Marco, a straight friend and an old colleague of Alberto’s. Marco is very good-looking and prides himself as a great lover. Ironically, even after three children, a divorce and a string of Amazon-like girlfriends, he’s still quite a prude and generally very tight-lipped about sex.

But by his fourth glass of wine, Marco had loosened up. He suddenly asked Alberto how many men he’d had sex with. “I don’t know,” replied Alberto. “I can’t remember. A lot, hundreds maybe.”

At that point I interrupted and suggested that Marco’s definition of “sex” may be slightly different than ours, and that perhaps he was only referring to “scoring.”

Much of the heterosexual discourse about sex between a man and a woman revolves around the biological mechanism of pregnancy in which roles are relatively well defined, or at least assumed to be, with penetration as the ultimate goal.

One doesn’t have to be a baseball fan to be familiar with the straight guy sexual scorecard. Once you get past first base (the kiss), you run on to second (there goes the bra), steal third (the panties) and slide into home (penetration), earning you a notch on your bat.

When gay people talk about having sex the scorecard reads a little differently. Our discourse doesn’t necessarily revolve around penetration, but usually encompasses a wide range of sexual play, including oral sex. In fact, I’ve never heard any gay man, drunk or sober, use the baseball scoring system to describe his sexual adventures.

Enzo, a friend from a rural town in Sardinia, walked into his mother’s kitchen one day and announced he was gay. She looked at him for a moment, then smiled sweetly and said, “Oh that’s nice dear. Are you active or passive?”

The classic Mediterranean model for homosexual sex is based on heterosexual concepts of the penetrator, attivo — the macho who dominates other men — and the one penetrated, passivo, who is considered less than a man, at best a man who plays the part of a woman (a sexist and homophobic notion).

In North America, the gay community has questioned the need to conform to and adopt heterosexual assumptions about active and passive as well as dominant and submissive roles. The gay community has tried to move beyond role stigma by simply referring to individual preferences. The terms top and bottom are used, respectively, to avoid value judgments. Lovers usually gravitate toward what they’re most comfortable with. While some may be exclusively top or bottom, many others are highly versatile. Moreover, I’ve learned over the years that you can’t tell a book by its cover. Just because a guy is macho or butch doesn’t necessarily mean he has a specific or exclusive sexual role.

We’ve known a man named Nico for years and watched him as he struggled with his sexuality, evolving from a scared kid into a mature gay man. Nico may not be the most rugged guy around but to reduce him to a stereotype based on presumed sexual roles doesn’t describe him at all. Like most of us, Nico likes sex. But more than just casual hook-ups, he wants a relationship. He meets most of his potential boyfriends through gay web sites, where it seems it’s often easier to find Mr. Right Now, than Mr. Right.

One evening last summer Nico came over for pizza and beer. As the evening progressed, the conversation turned to sex.

“Nico, what are you so worried about?” I said, “I know lots of gay men who have very active sex lives but never actually fuck.”

“I did both active and passive when I was with my ex-boyfriend,” Nico explained, “but now when I’m with some new guy, the minute he wants to fuck I lose interest.”

“Why not tell just them up front, you don’t,” said Alberto.

“You can always reserve it for when you’re in a relationship,” I added.

“What if he’s no longer interested?” Nico’s voice had a plaintive sigh.

I shrugged. “Hey, it’s a fast way to weed out the one-night stands from the guys who might be worth investing some time in.”

The way we walk, the way we talk, the way we think, our fashion sense, our music preferences, our artistic tastes, how we interact with our own body and with other bodies make us distinct from straight people and determine who we are as gay people. This is true even though our homosexuality itself is based solely on who we have sex with and how we do it (and that in the minds of many people homosexuals are synonymous with bum fuckers.)

Unfortunately, Italian gay men lack alternative ways of considering their sexuality. They often adopt a hand-me-down heterosexual model with delineated roles based on assumptions of penetration and impregnation, which, for obvious reasons, fits us like a pair of borrowed shoes.