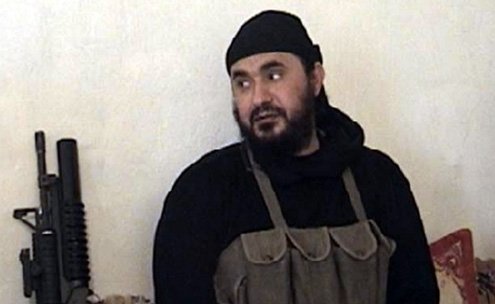 Abu Musab Al-Zarqawi, who helped create the Islamic State, was killed by the U.S. in 2006.
P

ublishers are busy releasing a steady stream of books about the genesis of the Islamic State, or ISIS, the latest in a line of Al Qaeda successors seemingly suited to the voyeuristic Western appetite for video-game barbarism. Affluent masses relish the theatrical, including the drama of potential annihilation as well as heroic efforts to ward it off. Relieved from the tasks of daily survival, restless minds depend real or imagined action for adrenalin and dread, or both.

There is no mistaking the portrayal of good and evil these books. Context aside, with beheadings and terrorist atrocities as fodder, journalists and instant historians dress ISIS darkly. Yet the sexy, jet-black emphasis tends to obscure a corresponding observation, that the organization is a product of those it now opposes, and oppose it, just as Osama Bin Laden was once a soldier in a rogue army of Islamic militants in Afghanistan backed in part by the United States and its allies to teach the then-evil Soviet Union a lesson in attrition.

Skull-and-crossbones ISIS emerged from the American decision to invade Iraq and topple Saddam Hussein, a mercurially ill-fated undertaking that collapsed into Vietnam-style folly from the moment U.S. military governors chose to disband that country’s military, shut down its key party, the Baathists, and push its potent but minority population of Sunni Muslims — long part of the ruling class — into a lawless, lurching limbo that eventually saw embittered secularists join hands with criminal extremists to foster a religiously tinted reactionary response.

What would become ISIS began as a loose aggregation of disenchanted Sunnis either imprisoned by the garish invaders or disdainful of the new (Shiite) leadership, sometimes both. They were former officers, unemployed soldiers, enforcers, activists, gangland opportunists, and a great number of recently converted religious zealots. The humiliating reality of foreign invasion and occupation invited wild-eyed militancy that took the shape of religiously-spiked crusade — caliphates included — intended to rouse locals while spooking the semi-secular and multiethnic Christian West, smugly war-free and always self-righteous in top-valuing its individual and collective right to life.

In Iraq, over the course of a decade, an invading force intent on toppling a dictator and planting the primitive seeds of Jeffersonian democracy unhinged an already damaged country and freed the sectarian genie the loathed dictator had kept largely imprisoned for decades (Gaddafi and Tito were similar wardens). The dislodged “old bad” soon mutated into a “new bad,” ISIS, both born from march of folly ingredients ignored by outside fixers determined at the time to place the gratification of reprisal — initially for 9/11 — ahead of what the consummation of that reprisal might provoke not nine months but nine years on.

Using one-time Irish religious strife as shorthand, the U.S. invasion of Iraq transformed a country where majority Protestants and minority Catholics lived in repressed “harmony” into one where the majority became dominant at the expense of the once-proud minority. The militant members of that minority not surprisingly congregated into a West-hating organization that now seeks redress and sovereignty through wrecking.

The wrecking turned more ambitious when ISIS’ vengeful Sunnis expanded their Muslim militia into a pseudo-army that shipped westward into northern Syria, a neighboring country itself embroiled in a sweeping civil war. Soon, these emboldened cast-asides, boosted by cash from improbable sources, had carved out an oil-rich dominion — much of it now under aerial bombardment.

This fairly ordinary knowledge rarely makes much of a dent in most discussions of ISIS. The group’s gleeful brutality and terrorist tactics, both tailored to the irrational howl of mass media and social networking, neutralizes consideration of the West’s complicity in shoving Iraq from its ruined Saddam place to an even more ruined one in which Shiites were allowed to take over from Sunnis in an astonishing betrayal (the U.S. had spent decades trying to block radical Shiites funded by Iran).

Complicity is the unutterable word. American invaders helped forge a Sunni radicalism that would eventually compete with the existing Shiite version, best exemplified by tamer Hezbollah, also fighting in Syria, but on behalf of the Bashar Assad regime. The “apocalyptic universe of the Islamic State” (a recent New York Times label) germinated in Luke Skywalker’s ostensibly well-meaning lab.

Many years on, this failure is pinned to “bad intell,” a cozy abbreviation that conceals a telling breakdown in strategic common sense. Now, Western governments, burned by that which they helped create, scurry to raze the already ruined citadels of this newest non-state state, yet again citing the need for reprisal, yet again calling for coalitions, yet again unknowing what to do when and if they “win,” yet again failing to acknowledge the cyclical viciousness of a pattern that includes a “good” side that always seeks to reap and a “bad” side that always hurts to sow.