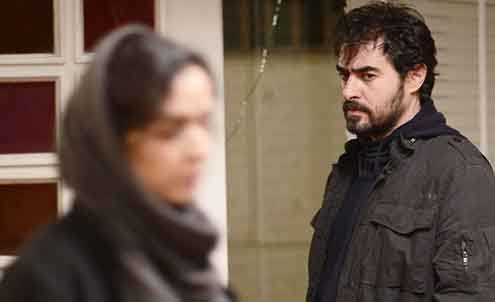 In "The Salesman," it's the male response to assault that takes center stage.
I

ranian writer-director Ashgar Farhadi blew onto the global movie scene with “A Separation,” which deservedly won a best foreign film Oscar in 2012. Now, a mere five years later, he has another Oscar to his name for “The Salesman.”

That anyone can make films of international stature in Iran’s religious straightjacket is remarkable. In 2010, fellow Iranian filmmaker Jafar Pahani was sentenced to six years in prison for anti-state activities banned from writing or making films. While under house arrest, Pahani somehow managed to put together “This Is Not a Film,” a video diary about his plight, and had it smuggled out of the country on a flash drive.

So how does Farhadi dodge a Pahani-like situation? By focusing on domestic rather than political issues. In “The Salesman,” which won best screenplay at Cannes in 2016, Farhadi continues his emphasis on domestic psychological drama by focusing on two actors, a husband and wife, as they work on the set of an Iranian production of Arthur Miller’s “Death of a Salesman.” The relationship between Emad (Shabab Hosseini, awarded Best Actor at Cannes) and Rana (Taraneh Alidoosti) is disintegrating in much the same way as that of Willy Loman’s and his long-suffering wife, Linda.

As in “A Separation,” a murky incident — very likely a sexual assault — strains the couple to the breaking point. Rana plunges into melancholy, further unhinging a marriage that already lacks appropriate emotional commitment. Her unwillingness to involve the police, hewing to Iranian mores, pushes Emad toward taking revenge. This cultural ingredient — in which half-truths and secrecy are paramount — introduces yet another dimension to an already complex story. Though Rana is the victim, she is not the narrative centerpiece. Instead it is Emad and the psyche of a male character in response to a possible sexual assault on his mate that takes center stage.

Rana’s unnamed trauma transforms Emad into a moody man with an erratic and unpredictable side. Some of his anger is ugly and counterproductive. But Farhadi works diligently to ensure his audience fully understands the facets of Emad’s constantly shifting emotional turmoil. That’s the beauty of the film, much as it was in “A Separation.”

Revenge is a Hollywood staple — Bruce Willis in “Die Hard,” Mel Gibson in “Ransom,” and Tom Cruise as Jack Reacher — but indie revenge is inevitably messier and less satisfying. In “The Salesman,” the possibility of revenge is problematic. The intruder, whose appearance, voice, and identity anchor a crucial scene, can be understood as a man unworthy of Emad’s desire to settle accounts through humiliation and violence. This pathetic character, wonderfully played by Babak Karimi, defies the Hollywood revenge narrative by appealing to one’s sympathy even though his act has set in motion the destruction of a marriage.

The physical environment helps accentuate the interpersonal conflicts and tensions that saturate the film. The Tehran housing complex in which the couple live stills bears earthquake damage. Their apartment remains contaminated by a previous tenant. A prostitute lives nearby. The stage set for the Miller play is as sketchy as the marriage itself is rickety — framed by scaffolding. Private and public spaces overlap. The “double” bed is made up of two side-by-side singles. The film’s compelling denouement — a moment steeped in gender issues that will spark intense discussion — takes place in the now-abandoned and empty apartment where the film opened. Locations repeatedly frame personal unraveling.

One could argue that there’s something a trifle too heavy-handed, perhaps even unnecessary, in the play-within-a-play device that Shakespeare used with much success. Even so, Farhadi is a remarkably talented storyteller and filmmaker, and this is yet another exceptional piece of work.