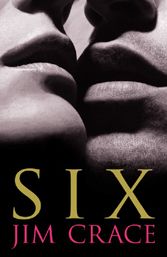 British author Crace is among the best living writers of the English language. Yet his sensibility could well be Argentine or Czech. He speaks of women who are “rudely militant in bed,” of a “glance that precipitates the future that you share,” of a “tram counting off its rosary of stops;” his character names — Lix, Marin, Mouetta, Cade, Alicja — conjure the inhabitants of invented city midway between Casablanca and Prague. Felix Dern (Lix) is an actor in the river-nurtured City of Kisses. He’s fond of the Hesitation Room in the city’s best restaurant. He’s so fertile that every woman he sleeps with bears his child. (“Human biology is unequal in its distributions and rewards.”)

But Lix, a rueful mega-father around urban girls, has to make peace with his profligacy. This is a novel not about sex or children but about a man around women. It’s Crace’s ode to female depth and male bafflement. It’s a rich and sticky navigation enriched by a uniquely sensitive pen. NB: The novel, titled “Six” by Crace, was changed to “Genesis” for American distribution, a unique bit of dumbing down.