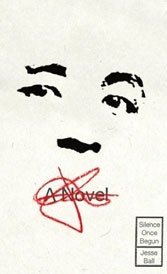 Give a talented writer who likes subterfuge a footbridge into Japanese subtlety and with it a chance to puzzle over that nation’s artistic fascination with honor, secrecy, deference and rigidity and you might get this, a gorgeously wrought invention that reconstructs the persecution of a man arrested, convicted and executed based entirely on having signed a false confession to honor a wager.

American writer Jesse Ball, who delights in all manner of mental wanderlust, designs his novel as if working over a puzzle with paper and scissors. He tells of a man named Ball who, after his beloved wife suddenly and inexplicably goes silent (“She had gone into herself in search of a whole new enterprise…”), seeks out similar cases. Narrator-sleuth Ball finds one the story of Oda Sotatsu, a young Japanese man who in 1978 “gives up everything for someone else’s cause,” refusing to defend himself after confessing to his part in the disappearance of 11 elderly locals, known as the Narita Disappearances. That crime and confession is the invention of an acquaintance enraged by the national justice system makes no difference to proud, unrelenting Oda. His loyalty is to the contract only: “It is a complicated thing, but also very simple.”

Ball records the lives and times of the major players around Oda — parents, lawyers, friends — through well-clipped interviews that gradually put truth, hoax and bias on equal footing, which is Ball’s literary intent — the novel, after all, is dedicated to Kobe Abe and Shusaku Endo, 20th-century Japanese novelists drawn to myth — Abe was a surrealist fascinated by claustrophobia — and earthbound morality — Endo was a Christian for whom guilt mattered.

It is in part a story about a self-effacing man almost eager to sample becoming a victim, because, through lying, “our very helplessness in the face of our lives” is not only proven but also given its own soundtrack. It is also about how the choice to keep silent confers its own set of truths that while eccentric are no less wise. Finally, it is rumination on vantage point, “Rashomon”-like, since each actor has a different perspective on Oda Sotatsu and his choices.

Ball wades into deep water from the start, but it never feels at all threatening. His metaphysics are sneaky, arranged through back and trap doors, each one seemingly leading to an exit sign when in fact there is none. He is among the most inventive and underrated writers of his generation.