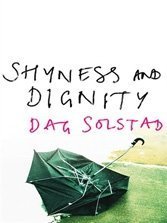 By Dag Solstad, translated from the Norwegian by Sverre Lyngstad

Elias Rukla is a 53-year-old high school literature teacher in Oslo, a child of the idealistic late 1960s, who, having become “orderly and unassuming,” plies his trade while sublimating quiet resentment toward a life that once hinted at more. He loathes that his students have no interest in let alone understanding of Ibsen; he lives a somewhat dead-end life with a passionless wife who was once in fact the wife of his only best friend, a Marxist who surrendered to Manhattan capitalism; he feels afflicted with a “latent spiritual inflammation,” which may or may not be a symptom of his slavery to middle class life and its quashing values.

Dag Solstad little novel punches well above its weight class. It’s the story of one man’s awakening into raging quandaries that have no chance being resolved, let alone assuaged. Teaching an Ibsen passage in school, Elias suddenly understands the larger meaning of a secondary character in Ibsen’s “The Wild Duck,” an epiphanic revelation that more importantly makes him aware of his own role as a secondary character who “no longer has anything to say,” except to himself.

Here, then, is the spreadsheet of a “left out” man, of “ingrained social suffering” left to mutter about the illness that is “democratized culture” in a reeking, pitch-perfect bout of Nordic lost-ness. At one point, frustrated by the idiocy around him, raging Elias smashes an umbrella into a pulp as his students watch dumbfounded. That’s the mood here, one of middle-aged smashing, or snapping, with Elias made aware that life makes no dumpsite large enough to contain “never-ending personal defeat.”

It’s magnificent portrait of male simmering — brooding as triumph — by a novelist who gathers together life’s key pieces, assembles them into a thinking man’s pyre, and sets the overwhelming whole ablaze.