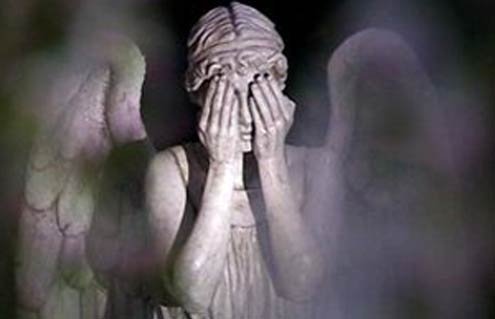 I'm sorry to inform you, corporate headquarters has decided to close our division.
I

saw my friend Angela on the street looking pale and despairing. She lives on my block and I see her coming and going several times a week. I stopped to check on her.

“It’s terrible,” she told me. “There have been layoffs at work and I might be next.” She looked terrified, as if she’d seen a ghost.

“You know I work for Ralph Lauren as a designer,” she continued. “JC Penny stores, the biggest carrier, has a new CEO and they are discontinuing the Lauren line. They are downsizing our whole department.”

She spoke quickly, the words riding the panic in her voice.

I wasn’t sure what to say. Her pain was visible and she looked in a great rush to get somewhere, seemingly anywhere.

“I hope so too,” she said. “Layoffs are happening in all kinds of industries, not just banking like a few years back. It’s really horrible. I hope you’re okay in you job.”

I gave her a hug and told her to hang in there. I felt a bit sheltered from her experience. I’d worked for the same company for 12 years, most recently with a start-up branch. All signs showed the business to be stable and growing.

Or so it appeared until late last month.

It was 4 p.m. and the workday had been going well. Production was above normal. Everyone was focused.

Uncharacteristically, the CEO walked onto the department floor and called everyone from their desks. He had a sheet of scribbled notes that he shifted in his hands, looking back and forth between the notes and the employees, now gathered around him.

“I’m sorry to have to share this news with you,” he said, his voice struggling for stability.

“We started this particular venture in difficult economic times several years ago. We made steady gains.”

He read from the sheet and looked up only reluctantly.

“We anticipated our product would be well received in the marketplace. We hoped that those joining in our aggregation would be encouraged by the speed and quality we produced. This was our vision.”

Then his voice dropped.

“But we overestimated the challenges of the economic climate, and this was out of our control.”

Then, after a long pause and a deep breath:

“I’m sorry to inform you, corporate headquarters has decided to close our division. The end date is pending.”

The room went dead silent in disbelief. No one moved. Time stood still. I held my breath and felt my heart beat in my ears.

In the eyes of everyone in the room, I saw my friend Angela: Instantly pale, shocked and scared.

As the CEO walked away and left us with the news, it hung in the air like an apparition.

We all wished we’d seen a ghost or jointly shared a strange bad dream.

Instead, in the void that hung over us, we were left with emptiness and even despair.

I thought of Angela’s line: “I hope you’ll be okay.” Her ghost had found its way into my room.