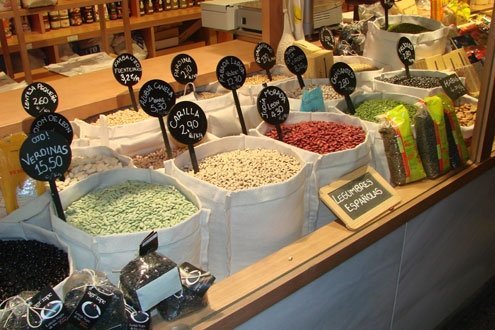 recently visited my brother in the magnificent hill country of Texas. Filled with both apprehension and excitement, I found a magical homestead guarded by several large groups of ancient oaks that twisted into glorious shapes and provided much-needed shade for 100-degree Texas summers.

I also found my nephew who had disturbed us over many years with his off-hand attitude about almost everything, his drinking, his seemingly self-destructive teen-age behavior and his painfully difficult relations with his mother and father, my brother.

We drove up the long curving drive, marveling at the beautifully made low walls made of local round stones, much like the countryside in England or Wales, and instead found a beautiful tall young man, just turned 20, with clear blue eyes, the beginnings of a mustache and beard, and an open, ingenuous smile that welcomed us.

He helped with our bags, chatted a bit about his university in San Antonio, and left us to get settled, promising to get us hooked up later to the Roma-Juventus game on his internet system-not an easy task deep in the heart of Texas!

He also casually mentioned that he’d made fresh bread and would take over the dinner menu, allowing his mother (an incredible cook) to make the salad and have a respite from daily cooking.

In the refrigerator of the little cabin that my brother and sister-in-law so graciously provide for guests, with Texas-inspired décor that touched my deep southern roots to the core, there rested not only fresh orange juice, good coffee, half-and-half and pistachio nuts, but also a large, mysterious pan tightly covered with heavy aluminum foil. I wanted to peek but couldn’t budge the edges of foil. Guilt took over and I forgot all about it.

Until late afternoon when we all gathered in their spacious kitchen to watch the deer feed, a typical Texas pastime in those parts.

In San Antonio’s famous Central Market (where 10-to-15 different Italian prosciutti can cost from 15 to 180 bucks a pound!), my nephew had bought a beautiful shoulder of lean young lamb, which had lounged, hidden, in our fridge, soaking up flavor from the simplest of condiments. A man after my heart, my nephew, as I like simple and mistrust any recipe for meat that has over half a dozen ingredients (cassoulet and a few others excepted).

The shoulder was a work of art, scored like a baking ham, then massaged with a paste of rosemary, garlic, olive oil, salt and pepper, the excess pressed carefully and deeply into the cuts

He had trimmed off almost all the fat, leaving enough to have a thin, crisp layer to serve with the meat, and had poured a bottle of dry white wine in the roasting pan before cooking.

The aluminum foil went on again, crimped firmly along the pan’s edges to seal in the flavor.

Four and a half hours later, the succulent shoulder was unveiled and placed on a huge chopping block to be expertly cleaved into small serving pieces, which he then returned to the juices in the roasting pan.

His lovely golden fresh bread lay warm in a basket next to a magnificent salad filled with Mexican avocadoes and tiny cherry tomatoes, and we tasted the first bites of this seemingly plain dinner.

Never in my bread-baking, meat-roasting days have I ever had such lamb. It was one of those moments in a lifetime of dinners with friends and family that will be imprinted on my tongue, and in my heart, forever.

The five of us demolished the whole shebang, sopping up the juices with perfect ciabatta.

“Do you think you might want to cook professionally, Henry,” I asked him during the meal.

“No way. I just do this for fun because, thanks to mama and papa, I love cooking. I’m actually planning to have my own hedge fund, so I’m saving up to start that around when I turn 30.”

All well and good, but I came away feeling something altogether different — that I’d watched the birth of a chef.