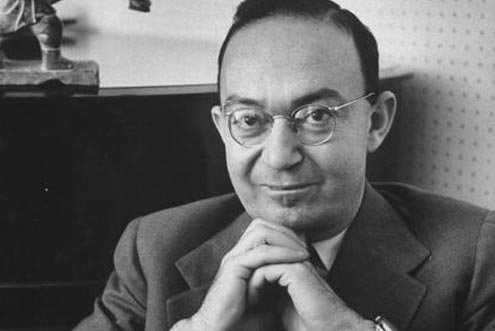 heodore H. White — Teddy White to his friends — was a respected American journalist and correspondent who in 1958 took a leap of faith. After reporting from Europe and Asia, with China as his early focus, he moved back to the United States to try to make a name for himself, no easy task amid a plethora of daily newspapers and weekly and monthly magazines.

Eager to succeed and entrepreneurial by nature, he hit on an idea: why not write an idiosyncratic cultural and political history of an American presidential campaign, with an emphasis on the event’s natural flair and drama?

It was a brilliant idea, obvious but never before fully attempted, and White’s timing was historically astute.

“The Making of the President, 1960,” about the intense fight between Vice President Richard Nixon and Catholic Democrat John F. Kennedy, changed the landscape of political reporting by personalizing both battle and battleground and giving the author a strong say in evaluating the importance of events. The book met with critical acclaim, earned bestseller status, and re-launched White’s career as a non-fiction writer. It won the 1962 Pulitzer Prize.

White would later follow up with “Making” books in 1964, 1968, and 1972, before a final entry in 1984. When he wrote this 1963 letter to Percy Winner, his friend from European days and a former The New Republic writer who at the time was seeking new journalistic credits, White was already gearing up for the 1964 campaign, which he expected would feature incumbent Kennedy. But Kennedy was shot in November.

The Boston-born White was approached by Life Magazine to write an essay about the Kennedy legacy, which produced the first-ever reference to Kennedy years as “Camelot.”

White’s comments in his letter to Percy Winner reflect a commonly held and enduring journalistic perception that times are always bad for writers, since pay was always modest and fulltime jobs hard to find.

Percy Winner never contributed to the “creditable” publications mentioned in the letter nor wrote the book White suggested, in part because he never felt comfortable with the “enlarging” rhetorical style that helped make White’s writing so successful. The two men remained friends until Winner’s death in 1974. White died in 1986.

I’m delighted that you are going back to writing.

Only the most obvious ones come to my mind – because the mortality rate in magazines has been so high. I would, if I were you, ask the New Republic first — it is a much more important magazine than it was ten years ago and your connections are solid there. Max Ascoli at the Reporter is apt to pay more money and his accreditation is good. Esquire, if you have contacts there, is a magazine of rising prestige. And, incidentally, if you’re interested in the entertainment world, Show Magazine might use a European correspondent. If you contact the Show people, use my name with Frank Gibney.

My own thoughts about writing should be repeated: Shoot the Works. Do books if you can. Try to talk to people like Mike Bessie before you leave.

How’s this for an idea — a book on the year 1934 in Europe? — what with the riots in France, the assassination of King Alexander, the Dollfuss thing in Austria [the Nazi assassination of Chancellor Engelbert Dollfuss] and the other events of that year. That was the year in which, indeed, the old order cracked up. If you were in Europe then (and I think you were), then perhaps you can give it a significant dimension of grandeur that might make a book. But you should do it only if you can enlarge the meaning of that year to something that would sell 20,000 or 30,000 copies and thus bring you 20,000 to 30,000 bucks.

I send you hugs and affections,

Of the magazines White mentioned, The New Republic and Esquire endure, though both risk becoming “mortality rate” casualties, this time as a result of vanishing print journalism.