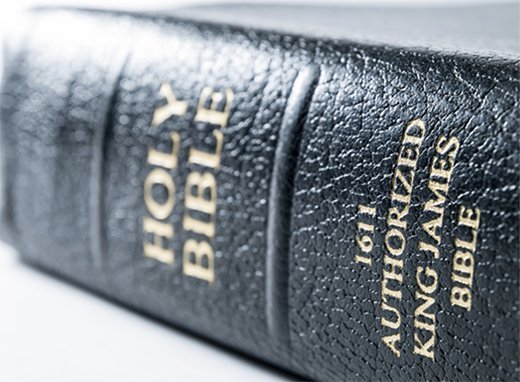 When a seemingly open-minded minister fools you, wolves in sheep's clothing get their day.
T

he expression “beware a wolf in sheep’s clothing” goes back millennia. The ancient Greek slave and storyteller Aesop probably used it first, but it came up again in the King James Bible. Mathew 7:15 reads “Beware of false prophets which come to you in sheep’s clothing, but inwardly they are ravening wolves.”

There’s also Judas, whose act of betrayal suggests that trusting someone who appears to be a friend (Mark 3:19) can bring the worst kind of woe.

Over the years, the LGBTIQ+ community has seen more than its fair share of soon-to-be wolves, in family, among friends, celebrities, politicians, and religious leaders. Many do a fine job presenting themselves as backers, if not allies, as if these demonstrations prove their support for the values of equality and dignity. But the support is shallow and rarely stands the test of time. Fake sheep can be shameless.

Some two years ago, an English Evangelical minister named Andy joined our writing group in Milan. He told us he wanted to write Christian historical fiction. But beyond composing sermons and expositions, he had little experience in creative writing. He especially needed help in differentiating telling (to preach) and showing (to describe through action).

In our writing group, each member brings a weekly work of some kind to read to the others, who then offer their opinions. Andy would bring sermons in progress and all of us would take turns making suggestions and recommendations. We’d also discuss scriptural references and interpretations. As a writer of gay fiction, I always made a point of telling others in the group if I was about to read something that contained particularly explicit sexual passages. I even offered to tag any sex scenes so any readers uneasy with such material could skip past it.

Over the years, the LGBTIQ+ community has seen more than its fair share of wolves.

I was impressed by the maturity and professionalism of my fellow writers, who assured me that what I wrote about didn’t pose a problem. With Andy, who had three children, I joked that he must be familiar with the concept of sex. He joked back, calling me “the Bishop,” a nickname I can’t say made me entirely comfortable. But I took it all as playful banter, and over time our friendship blossomed.

When Andy was suffering from work related stress and other medical problems, my doctor husband Alberto and I helped him out and supported him as best we could. Last year, he and his wife and children spent New Year’s with us at our place near Lake Como.

When he was finally transferred from Milan to a church of his own in Rome, he offered to host Alberto and me for a weekend. Despite our radically different backgrounds and lives, he truly appeared to me to be someone who embraced inclusion and focused on the teachings of Christ as a message of love.

I grew up in a Christian fundamentalist community in Canada and felt honoured, as an out gay man, to have such an honest and trusting friendship with a “man-of-faith.”

Last August, after Andy returned to Rome from a mission to Africa, he became ill. I heard about this and sent him a message expressing concern. How was he doing? I asked.

The following are snippets from our email exchange:

We are all fine. Settling into life in Rome. Confession time… I want you to know what happened over the Summer. Our church released the report [regarding the acceptance of same-sex marriages] and I was one of the small minority in our church who strongly opposed the report’s recommendations on redefining marriage. I guess all this may come as a shock. Up until the last days before the conference I was not sure how to vote. I was really not sure.

However, I prayed a lot and felt specifically that redefining marriage was not the right way forward… …I do not feel that the church should redefine marriage.

I felt both deceived and hurt. I had long ago traveled back to Canada to marry Alberto, impossible in Italy.

I wondered how many times during his arguments to the church council he’d said, “Some of my best friends are gay.”

Had he used me in some perverse game of Christian voyeurism? I couldn’t help wonder how many times during his arguments to the church council he used the phrase, “Some of my best friends are gay.”

I wanted to ask him what he’d say if one of his children later grew up and fell in love with someone of the same sex. Most of all I wanted him to show me precisely where Jesus spoke out against homosexuals. But engaging a man of the cloth in an argument over scriptural interpretation would mean playing Don Quixote and battling windmills, a fool’s errand since I am an atheist.

Instead, I wrote back the following:

If I understand you correctly your church wanted to amend some definitions of family so that LGBTI partnerships would be recognized as marriages and LGBTI people would be recognized as full and equal members of your church with the same rights, privileges and obligations as their hetero brothers and sisters thus providing a safe and welcoming haven for a group of ubiquitously hated people who have suffered untold indignities, insults, prejudice and violence. And you, as an official of the church in a position of power and influence, voted against any such amendments.

Wow! You really do sound like a character out of the bible.

In his writings, Andy had always had a hard time distinguishing between telling and showing. But now, like the wolf of the fable, he’d shown me I couldn’t trust him.

Soon after I sent my reply, my phone rang and his name came up. I didn’t answer.