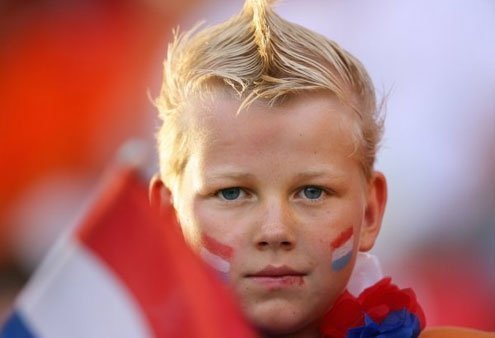 If you compare Dutch children to American ones, you'd better factor in quality time.
M

y daughter recently sent me a news report which mentioned a study comparing the behavior of Dutch and American infants. The study suggested American infants were more active and vocal and showed greater levels of fear, frustration and sadness. They were also less able to limit distress and over-arousal. The Dutch babies in contrast seemed to show their happiness more openly. They were cuddlier and easier to calm and soothe when upset.

Interesting. Just as interesting was how the American researchers explained it. Dutch parents, they said, were careful not to over-stimulate their children. They were also more rigid about bed and nap times. American parents tended to stimulate their babies more with toys.

Parenting styles differ by country. Temperament is an immense variable. Cause-and-effect conclusions based on correlations can be made problematic by the sheer number of factors involved. Nap time, toys, and parental rigidity correlate. But so do windmills and tulips. Do windmills and tulips play a role in why Dutch babies smile? Correlation isn’t the same as cause. Again, factors vary.

Unlike their U.S. counterparts, Dutch parents get substantial childbirth leave. Salaries are generally higher and many parents can and do opt for part-time work after their four months of fully paid leave (leave they can extend). These parents are able to spend significant amounts of time with their infants.

American parents are lucky if one of them can stay at home a couple of weeks before needing to return to work. Quality of work is another factor. Are the parents being studied poorly paid cleaners or high-level professionals? The amount of sensitivity and energy available at the end of a day varies depending on profession.

We tend to examine only the criteria we see as important. Thus nap times and not tulips or parental leave become the key considerations.

Another aspect of any study is its focus. How much of it examines fundamentally mechanical factors rather than relational ones? The American study, for example, paid close attention to naps and the regularity of sleep cycles (seen as characteristic of Dutch families), and examined the use of toys in stimulating babies (seen as common among American families). That the Dutch parents used toys less often suggested to researchers that they didn’t stimulate their children as much.

But why dwell on toys to measure stimulation? These days, many baby toys once plastered with cute doggies and bunnies now have black-and-white checkerboard-like graphics since recent research suggests infants prefer the high contrast of a black-and-white checkerboard to something less defined, like a fuzzy bunny. Once again, interesting. Toys themselves are changing.

But if you compare the appeal of checkerboards to the attraction of an interactive human face — one that moves and responds to the child — the face comes ahead of any image or graphics.

The key word is “interactive.” Infants innately prefer to see human faces. Yet what excites them isn’t the mechanics of the face but the responsiveness of the person behind it.

Human responses were once probed mechanically. Researchers measured how quickly test subjects pressed a button in response to a sound to determine reaction time. But do these same test mechanics apply, say, to two boxers in a ring or a mother and her infant?

Films of Muhammad Ali’s fights show him lifting his left arm to block a blow from his opponent’s right hand before the incoming fist even moves. How? We now know more about the neurology of intention. The tip-offs are micro-movements, small shifts in center of gravity or flickers in a muscle of the face. Boxers perceive these intentions unconsciously. Their brain neurons reproduce what they sense, as if they’d just made the same movement themselves. If boxers are in touch with this internal perception, they will automatically read intention and respond appropriately. I often wondered why anyone chose such a brutal sport. Maybe I understand better now – when are we so understood by another?

In infancy we are. A baby begins its half-movements preceding a smile while its father is already forming his own. Its eyebrows need only hint at a frown and a mother has already backed off from an overly stimulating interaction and made a soothing sound. This subliminal prompting works both ways.

How much time will mothers who get a week or two of “maternity leave” have to calmly and peacefully enter the world of their babies’ rhythms and to respond to their very subtle signals? In terms of the study at hand, that’s a key question.

Building a comforting relationship with an infant is time-consuming. It’s developed over short intervals in the early weeks and months of life when an infant is quiet and awake. The new bond depends on a parent being there to greet the child, to exchange a smile, a look, to soothe and to stimulate, to get to know and to cuddle. So why are Dutch babies cuddly and easier to soothe? Probably because they’re cuddled and soothed more often, which has less to do with toys or naps than with parents just being there