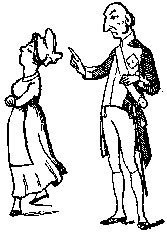 or the past few days I’ve had my nose buried in a fascinating book which gives a factional account of the seamier side of the Swinging Sixties — the underworld ruled by the sinister Kray Twins, who liked to think of themselves as London’s answer to Al Capone and who were every bit as ruthless. It’s a brilliant read (“The Long Firm,” by Jake Arnott), not least because of its portrait of vice at all levels of society during those heady post-recovery days. The anti-hero, a smooth-talking but psychopathic mobster with a passion for Judy Garland and a taste for young boys, is heavily into the Soho porn business.

During a pause from this grim but gripping tale, it occurred to me that though I too grew up in the 60s, I never glimpsed this seedy side of life. To think of it, in all the years I lived in England, I never once saw a hooker. Yet in many other parts of Europe — in Amsterdam’s Red Light district or Paris’ Pigalle, they are almost an institution, and here in Italy, you can all but bump into them on the street corner. Why this contrast? The obvious — but perhaps too obvious — answer is the classic “No Sex Please We’re British,” that tired and overworked phrase that the lazier Italian journalists trot out every time there is a story involving the seemingly incompatible subjects of the British people and sex.

Of course British people have sex. In fact, we rather like it. How else do you explain the fact that we have so many more babies than Italian couples? Maybe the difference lies in the fact that British people tend not to do their canoodling in public. I’ll never forget the faces of horrified Sunday-lunchtime drinkers in a pub outside Brighton when my then Italian boyfriend, now husband, started getting amorous over half a Stella and a packet of salt and vinegar crisps. And the less lawful the kind of sexual activity, presumably, the more anxious people are to keep it under wraps — a memorable character in Arnott’s book is a well-educated and impeccably-groomed old Etonian turned member of the House of Lords, who rubs shoulders with London’s criminal class to whet his appetite for pretty boys.

All of which makes the sight of the familiar camper vans blatently parked and plying for trade in just about every lay-by along the Flaminia from Terni to Spoleto seem somehow less shifty and sordid. It’s almost part of the scenery. Judging by the number of cars which draw up alongside, there is no shortage of business — I don’t know why, but I was gobsmacked to see these ladies even do a brisk trade on Christmas Day. Often, they’ll sit on the steps and do a crossword puzzle while waiting for the next client, as if it were the most normal way in the world of earning a living, which I suppose, in a sense, it is.

Anyway, I am eternally grateful to one of these signore, who came to my rescue when I was forced to pull up in her lay-by not so long ago, after my young son developed a Texas-chainsaw-massacre style nosebleed. She rushed over to help, laden with tissues and towels, which of course, she had in abundance, and waved us off with a cheery smile. Her approach was considerably less sinister than that of the sad but somehow menacing Albanian and Nigerian girls who for a while took over the Italian ladies’ turf. You’d see them being dropped off early in the morning, clad whatever the weather in their uniform of hot pants and thigh high wet-look boots, with no camper van to retire to for a quick cup of tea or a caffelatte. So desperate were they to pull in clients that they would go out into the middle of the road and try to stop cars. Once, a presumably short-sighted girl threw herself on the bonnet of my own car, which made my children shriek with delight, but caused me a few unhappy moments as I struggled to supply an explanation. Then, one day, they all disappeared and less than a week later, the Italian camper vans were back.

Sex on wheels is clearly a particularly Italian predilection. We were driving back from a weekend in Positano recently when we came across row upon row of cars, all parked bumper to bumper, their windows plastered with newspapers. Fending off the children’s curiosity, I hurried to invent yet another white lie and quickly change the subject. Little did they know that their Neapolitan father’s favorite Sunday afternoon pastime during his misspent youth was to creep up to the unsuspecting couples’ cars and set fire to the newspaper with a lighter.